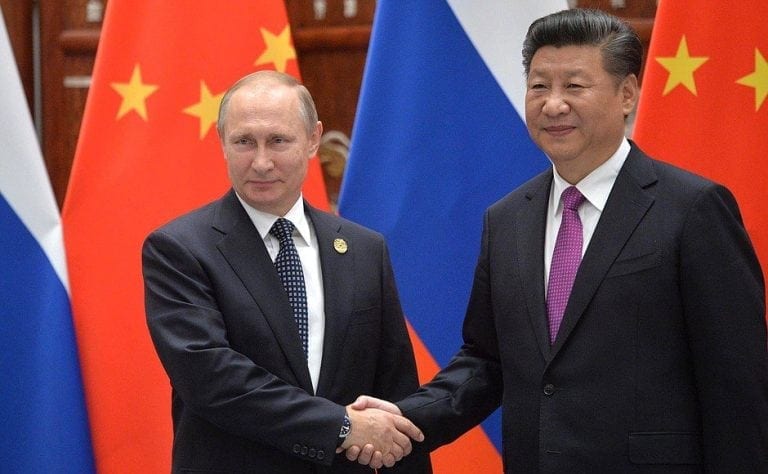 The tacit alliance between Russia and China is a de facto deterrent to even more reckless and criminal provocations by the United States, but these will come, no matter what, and these countries need to get ready.

In another sign of rapidly rising US-China tensions and the danger of conflict, President Xi Jinping has told his country’s military to prepare for war. His speech last Thursday to the People’s Liberation Army’s (PLA) Southern Theatre Command was a response to the Trump administration’s aggressive actions not just in intensifying trade war, but overtly readying for military conflict with both China and Russia.

Xi, who is also the Chinese military commander-in-chief, stressed the need for military forces that can “fight and win wars” and told the command to “concentrate [on] preparations for fighting a war.” He declared: “We have to step up combat readiness exercises, joint exercises and confrontational exercises to enhance servicemen’s capabilities and preparation for war.”

“You’re constantly working at the front line, and playing key roles in protecting national territorial sovereignty and maritime interests,” Xi declared. The command had a “heavy military responsibility” to “take all complex situations into consideration and make emergency plans accordingly,” he said.

The PLA’s Southern Theatre Command is responsible for the South China Sea and the Taiwan Strait—two dangerous flashpoints for war. Under the Trump administration, the Pentagon already has conducted more provocative Freedom of Navigation operations in the South China Sea—eight in all—than under President Barack Obama. 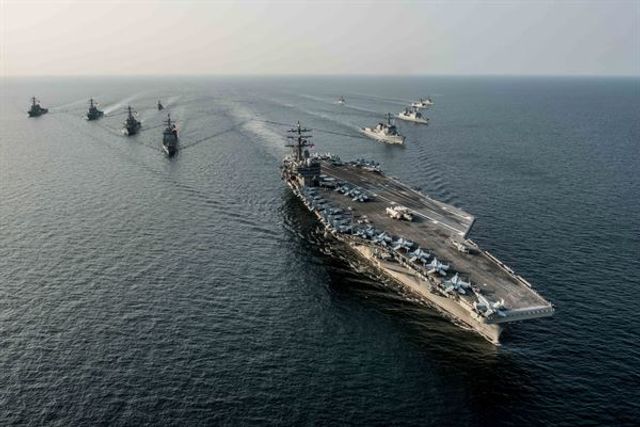 A US Carrier strike group, Photo Credit: US Navy

The latest US provocation, earlier this month, resulted in a close encounter between a Chinese warship and the USS Decatur, which deliberately challenged Chinese maritime claims by sailing within the 12-nautical mile limit of Chinese-controlled islets in the Spratly Islands. Needless to say, if Chinese warships conducted such operations off the US coastline in the vicinity of sensitive military bases, that would provoke an outcry in Washington and a clamour for retaliation.

The US is also sending an increasing number of warships through the narrow Taiwan Strait that separates China from Taiwan, which Beijing has long claimed at its territory. The Trump administration is deliberately inflaming tensions over Taiwan by strengthening military ties with Taipei.

Chinese Defence Minister Wei Fenghe declared last week that Taiwan “touches upon China’s core interests.” He bluntly warned: “On this issue, it is extremely dangerous to repeatedly challenge China’s bottom line. If someone tries to separate out Taiwan, China’s military will take the necessary actions at any cost.”

Yet that is exactly what the Trump administration is doing. Earlier this month, CNN reported that the US Navy was preparing for “a major show of force” in November as a warning to China. The draft proposal recommended a concentrated series of operations over a week involving the dispatch of US warships and warplanes near Chinese territorial waters in the South China Sea and Taiwan Strait.

Such plans are part of far broader US preparations for war with China, which along with Russia, the Pentagon branded at the beginning of the year as “a revisionist power” and strategic competitor. In a bellicose speech earlier this month, US Vice President Mike Pence signalled a dramatic escalation in the Trump administration’s confrontation with China, which has already led to a worsening trade war.

A day after Pence’s speech, the Pentagon released a report that can be interpreted only as the economic preparation for total war. It urged an end to US dependence on imports of strategic materials and items, particularly from rivals such as China, and the establishment of “a solid defence industrial base and resilient supply chains” in order to sustain a protracted military conflict.

The second move—Trump’s decision to pull out of the Intermediate-Range Nuclear Forces (INF) Treaty—is even more inflammatory. The treaty signed between the US and the former Soviet Union in 1987 formally prohibited the development of short- and medium-range nuclear missiles. By pulling out of the agreement, Donald Trump signalled his intention to massively expand the US nuclear arsenal directed not only against Russia, but above all, at ringing China with nuclear weapons based in Asia.

The growing danger of a nuclear conflict between the US and China was the subject of an article in the latest edition of Foreign Affairs entitled “Beijing’s nuclear option: Why a US-Chinese war could spiral out of control.” Analyst Caitlin Talmadge concluded that any US conventional conflict would necessarily threaten China’s relatively small nuclear arsenal.

If that were the case, the Chinese military would be confronted with the choice of using its nuclear weapons or losing its ability to retaliate against a US nuclear attack. Talmadge dismissed the Pentagon’s routine assurances that there was no likelihood of a nuclear war between the US and China. “If deployed against China, the Pentagon’s preferred style of conventional war [to knock out an enemy’s military assets] would be a recipe for nuclear escalation,” he warned.

There is nothing progressive about the response of Xi Jinping and the Chinese Communist Party (CCP) to the threat of US aggression. The CCP regime represents the interests of the tiny layer of super-rich oligarchs who have amassed enormous wealth though the processes of capitalist restoration that began in 1978. As such, Beijing is organically incapable of making any appeal to the working class in China and internationally to mount a unified class offensive against capitalism and its outmoded nation-state system. Instead, Xi has sought to appease US imperialism, offering concessions, while at the same time accelerating China’s own military build-up—a recipe for war.

The US drive to war against China, initiated under Obama and accelerated under Trump, is a product of the deepening crisis of global capitalism, centred in the United States. In a desperate attempt to counteract its own historic decline, US imperialism regards China as the chief current threat to its world hegemony and will stop at nothing to subordinate China to its economic and strategic interests.

The rising danger of nuclear war must be answered through the building of a unified anti-war movement of the working class in China, the United States and internationally based on a socialist perspective to put an end to the capitalist system that threatens to plunge humanity into barbarism.