I Feel Stunned By the Hate Expressed in Acts and Voice 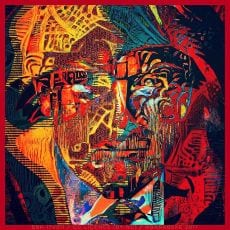 [dropcap]I[/dropcap] don’t know about you, but I feel stunned. I feel like I have received three body blows and cannot yet catch my breath. I was thinking about how to respond to an attempt to decapitate the Democratic party (including TWO former Presidents) and other targets of Trump including CNN by Ceasar Sayoc, when Gregory Alan Bush murdered two people – Maurice Stallard and Vickie Jones – in an act of frustrated hate violence. He wanted to attack an African American church. Then before another breath, Robert Bowers attacks the Tree of Life Synagogue murdering eleven congregants, and wounding two more, then also wounding four police officers. Three high visibility crimes driven by one thing – hate. These are all acts of domestic terrorism, regardless that the FBI and law enforcement seem to want to minimize the reality of domestic terrorism. Watching President Trump ask those at a political rally whether he should tone it down, the response was “NO!”. At the same rally were cries “CNN sucks” (also found on a sticker on Sayoc’s van).

Trump (other than promoting the death penalty) sees no connection to himself, nor the people he (and almost everyone else) writes off as “wackos.” I fear they are not wackos, but the tip of a spear.

There has been a long process of nurturing hate in this country. It is part of our history, and while there has been a long fight against it, at some point things turned. I have repeatedly witnessed the vitriol against affirmative action, against LGTBQ folks being open and integrated parts of their communities, against women’s reproductive freedom, against (perceived) Muslims, against (brown) immigrants, against, against non-whites in general. On the other hand, I have also witnessed the rise of perceived victimhood by those who are far from victims. Most notably these include certain groups of Christians, whites (and especially white heterosexual men), and the financially well off. While some of this “push back” is decades old and goes back to the legislation and/or legal decisions that spawned them, the real turning point was September 11, 2001. Or perhaps more specifically, the response to September 11, 2001. At least on a racial basis we lost at least 50 years of civil rights advancement at that time. For too many the only “real” Americans were white Americans. From that point, we have seen an escalation of both attacks on civil liberties (with some exceptions for LGBTQ issues) and in people being more vocal in those attacks.

Into this environment steps Donald Trump, first as a candidate and then the President. There are no two ways about it, Trump is toxic. He thrives on anger, hate, and victimhood. He has framed himself as the Victim-In-Chief taking the “body blows” of his critics and the “fake news” press for America the victim of the world and of whites – particularly white males. He is the ultimate aggrieved party and his rage is not cathartic, it is the blaze into which he constantly pours the fuel of fear and hate. Below are the faces of white men who hate, and certainly see themselves as victims taking action to save “their” country.

Why Hate Violence and Hate Crimes Are ‘Special’

The problem as I see it, is personality politics which are directly an outcome from identity politics, i.e. fault is ascribed for the present state of chaotic affairs onto a few people and a property-controlling tribe. Granted they are the dregs of society, but then dirty foam always rises to the top in human cohabitation under old fashioned systems like feudalism and capitalism. Trump is not the problem by himself; the whole society is, as clearly and succinctly laid out by Street in his article on this website. Blaming this or that politician does not solve the real underlying disease, namely the utter unreality of a pyramidal form of society, whereby the base supports the rest. Being fearful is advisable because should power devolve onto the other party then the status quo of all the delusion and exploitation will continue. Voting will be no solution, not even for creating a temporary one. What is needed is a total inversion of the deeply harming qualities of this chattel ‘civilization’. Everyone is bound, from men to women to children and what needs per force to change is the way people perceive their environment and relationship to each other. Eisenbud is correct in her comments that the Judeo-Christian principles have distorted human perception so that deep violence and rape of humans and earth are rights given by a (male) God. The inviolate paternalism of Judaism has imbued all of Christianity (and Islam) with the rights to oppress the less powerful and it is in fact what Marx and Engels battled against. Once the fallibility of humans is realized (the instinctual wisdom of wild animals would be a very good example), maybe then a more just and safe societal structure can be contemplated. Until then the best one can do is to struggle each according to her/his demands, even if it is only scratching at the iron pilons that support this structure as sooner rather than later the simple need to survive will bring it down.