Home Uncategorized With Brazil’s Bolsonaro, Israel Finds Another Natural Partner on the Far-Right

With Brazil’s Bolsonaro, Israel Finds Another Natural Partner on the Far-Right 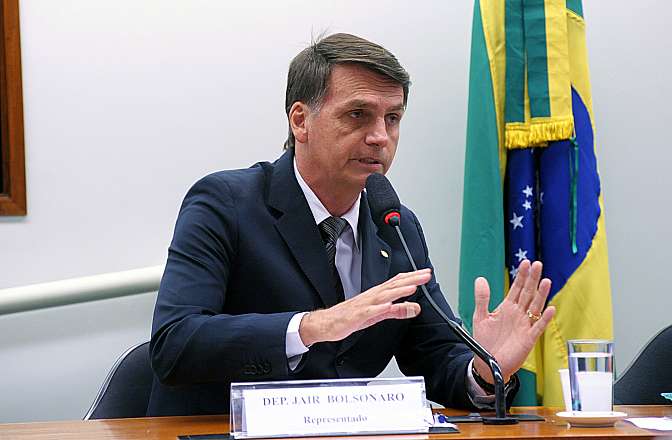 [dropcap]T[/dropcap]he victory of Jair Bolsonaro in Brazil’s presidential election last week has won Israel a passionate new friend on the international stage. The world’s fifth-most populous nation will now be “coloured in blue and white”, an Israeli official said, referring to the colours of Israel’s flag.

The Israeli prime minister Benjamin Netanyahu immediately called to congratulate Bolsonaro, a former army officer with a pronounced nostalgia for his country’s 20-year military dictatorship. Critics describe him as a neo-fascist.

According to Israeli media reports, it is “highly probable” that Netanyahu will attend Bolsonaro’s inauguration on January 1.

The Brazilian president-elect has already promised that his country will be the third to relocate its embassy to Jerusalem, after the United States and Guatemala. That will further undermine Palestinian hopes for an eventual state with East Jerusalem as its capital.

Bolsonaro has told Israel that it can count on Brazil’s vote at the United Nations, and has threatened to close the Palestinian embassy in Brasilia.

One might imagine that Netanyahu is simply being pragmatic in cosying up to Bolsonaro, given Brazil’s importance. But that would be to ignore an unmistakable trend: Israel has relished the recent emergence of far-right leaders across the Americas and Europe, often to the horror of local Jewish communities.

Bolsonaro has divided Brazil’s 100,000 Jews. Some have been impressed by the frequent appearance of Israeli flags at his rallies and his anti-Palestinian stance. But others point out that he regularly expresses hostility to minorities.

They suspect that Bolsonaro covets Israel’s military expertise and the votes of tens of millions of fundamentalist Christians in Brazil, who see Israel as central to their apocalyptic, and in many cases antisemitic, beliefs. Not that this worries Netanyahu. 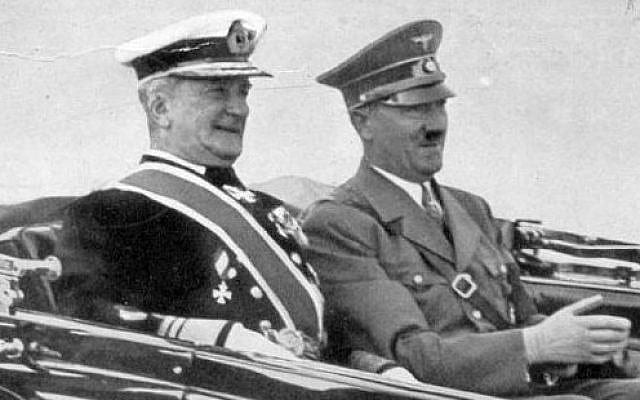 Miklos Horthy (l), Hungary's "regent" and one of Europe's earliest fascists, clearly enjoying a Mercedes ride with Hitler. Such memories have seemingly been largely forgotten in much of Europe.

He has been engaged in a similar bromance with Viktor Orban, the ultra-nationalist prime minister of Hungary, who barely veils his Jew-baiting and has eulogised Miklos Horthy, a Hungarian leader who collaborated with the Nazis.

Netanyahu has also courted Poland’s far-right prime minister Mateusz Morawiecki, even as the latter has fuelled Holocaust revisionism with legislation to outlaw criticism of Poland for its involvement in the Nazi death camps. Millions of Jews were exterminated in such camps.

Israel is cultivating alliances with other ultra-nationalists – in and out of power – in the Czech Republic, Italy, Switzerland, Germany and Austria.

The conclusion drawn by Jewish communities abroad is that their wellbeing – even their safety – is now a much lower priority than bolstering Israel’s diplomatic influence.

That was illustrated starkly last week in the immediate aftermath of a massacre at a Pittsburgh synagogue on October 27. Robert Bowers gunned down 11 worshippers in the worst antisemitic attack in US history.

Jewish communities have linked the awakening of the white-nationalist movement to which Bowers belonged to the Trump administration’s hostile rhetoric towards immigrants and ethnic minorities.

In Pittsburgh, huge crowds protested as Trump paid a condolence visit to the Tree of Life synagogue, holding banners aloft with slogans such as: “President Hate, leave our state.”

Equally hard to ignore is that Israeli leaders, while they regularly denounce US and European left-wingers as antisemites for criticising Israel over its abuse of Palestinians, have remained studiously silent on Trump’s inflammatory statements.

Chemi Shalev, a commentator for the Israeli newspaper Haaretz, noted the disturbing impression created by Ron Dermer, Israel’s ambassador to the US, escorting Trump through Pittsburgh. Dermer looked like a “bodyguard”, shielding the president from local Jewish protesters, Shalev observed.

In an online post before the attack, Bowers singled out the synagogue for its prominent role helping refugees gain asylum in the US.

Trump has rapidly turned immigration into a “national security” priority. Last week, he sent thousands of US troops to the border with Mexico to stop what he termed an “invasion” by refugees from Central America.

Drawing on the histories of their own families having fled persecution, liberal Jews such as those at the Pittsburgh synagogue believe it is a moral imperative to assist refugees escaping oppression and conflict.

That message is strenuously rejected not only by Trump, but by the Israeli government.

In a move Trump hopes to replicate on the Mexico border, Israel has built a 250km wall along the border with Egypt to block the path of asylum-seekers from war-torn Africa.

Netanyahu’s government has also circumvented international law and Israeli court rulings to jail and then deport existing refugees back to Africa, despite evidence that they will be placed in grave danger.

Bennett has termed the refugees “a plague of illegal infiltrators”, while the culture minister Miri Regev has labelled them a “cancer”. Polls suggest that more than half of Israeli Jews agree.

Separately, Israel’s nation-state law, passed in the summer, gives constitutional weight to the notion that Israel belongs exclusively to Jews, stripping the fifth of the population who are Palestinian citizens of the most basic rights.

More generally, Israel views Palestinians through a single prism: as a demographic threat to the Jewishness of the Greater Israel project that Netanyahu has been advancing.

In short, Israel’s leaders are not simply placating a new wave of white-nationalist and neo-fascist leaders. They have a deep-rooted ideological sympathy with them.

For the first time, overseas Jewish communities are being faced with a troubling dilemma. Do they really wish to subscribe to a Jewish nationalism in Israel that so strongly echoes the ugly rhetoric and policies threatening them at home?

A version of this article first appeared in the National, Abu Dhabi.