Home AFRICA China-Africa, A New Accord

China-Africa, A New Accord

HELP ENLIGHTEN YOUR FELLOWS. BE SURE TO PASS THIS ON. BREAKING THE EMPIRE'S DISINFORMATION MACHINE IS UP TO YOU.
By Leo Zhao

[dropcap]F[/dropcap]or 500 years, without exception, foreign agency in the land of Africa has been exclusively self serving and brutally exploitative. Thus it is difficult, if not impossible, to imagine the possibility of any other kind of relationship between outsiders and Africans. But today, at such a crucial time of global transformation, for many reasons including the future for entire populations and the world, it is vitally important to not only imagine, but to observe and support, based on concrete facts, the building of exactly a different kind of relationship. 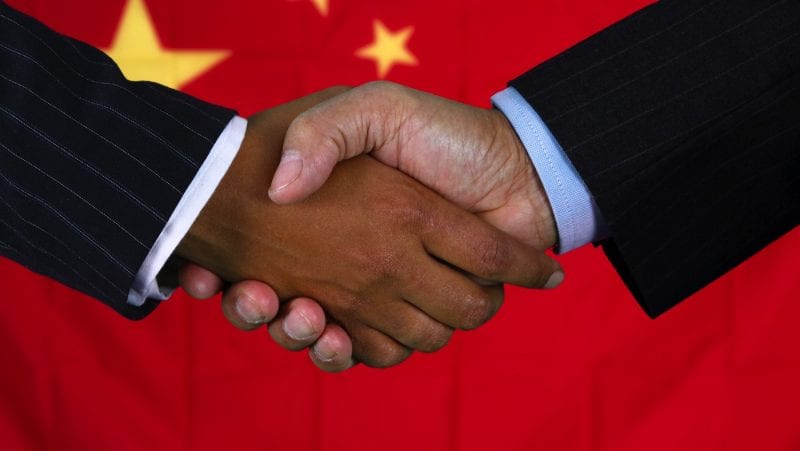 The triennial Forum on China–Africa Cooperation series of meetings between Chinese and African heads of state, who together decide the course of engagement and plan specific projects, began In the year 2000, marking a new historical chapter for both continents. Let us take a brief look at the kinds of projects which have taken place:

”From a total of 1673 projects implemented by Chinese companies in African countries, 757 were in manufacturing and related sectors, 215 in social sectors, 192 in healthcare, 161 in education, 115 in transport and infrastructure, 106 in agricultural sector, 83 in energy, and only 44 in mining.” (As of 2015, africa-me.com) 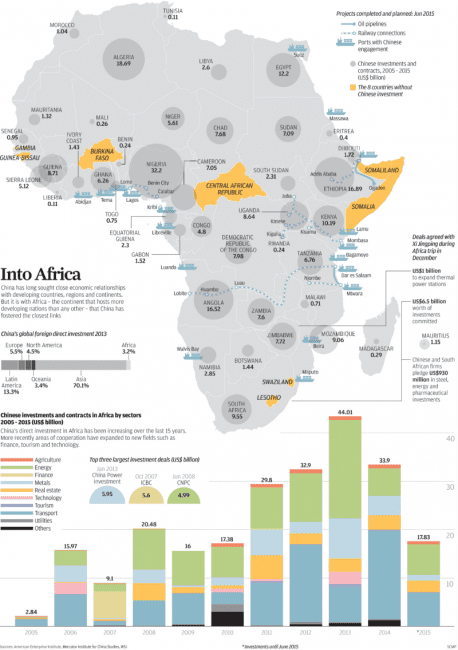 “There are an estimated 800 Chinese corporations doing business in Africa, most of which are private companies investing in the infrastructure, energy and banking sectors. Unconditional and low-rate credit lines (rates at 1.5% over 15 years to 20 years) have taken the place of the more restricted and conditional Western loans. Since 2000, more than $10bn in debt owed by African nations to the People’s Republic of China has been canceled.” (wikipedia)

The 7th FOCAC took place earlier this year, attended by 53 (all but 1) African heads of state, in which a new development plan involving 60 billion in investment deals for Africa was announced. A brief breakdown is here. For an even larger comprehensive overview of Chinese projects in Africa, see this report from the Institute of Developing Economies based in Japan.

When ever there is power asymmetry and parties are operating on an uneven economic basis, the danger for injustice arises. Even though representatives from the Chinese Communist Party oversees the operation of each and every major private enterprise, and the corporations are answerable to the democratic people’s government, with so many projects undertaken on such large scale, the occurring of a myriad of conflicts and problems is unavoidable. From unfair deals to corrupt business practices, from labor issues to culture clash and racism, these issues must be acknowledged and taken seriously, and we should prioritise the perspective of structurally disadvantaged parties.

But when confronting these complications, mistakes, and crimes, it is important to hold a balanced perspective, and keep a few things in mind: The mistakes and abuses of individual companies do not reflect state policy. Disputes and complications on a local level should be evaluated on a case by case basis, and in proportional relation to the scale and scope of larger developmental plans. Unfair and bad practices must not be swept under rugs, but they should not be used to judge the sum total of Chinese activity.

From all evidence, the modus operandi of the People’s Republic is on the whole not at all purely extractive and self-serving, but characterised by an ethic of mutual benefit, and crucially, a dedication to the assistance of African independent economic development. The Chinese built or funded roads and railways do not only carry materials out, such as those built by the British, but facilitate trade between African regions (for example, the Kenyan railway).

US global power is in decline, and US politicians have explicitly named China as its “biggest threat”, for now and in the coming years. But there are even bigger dynamics at play: Western powers have always sought the return of their property, ever since they “lost” China to the communist revolution in 1949. Contrary to popular rumor, the ideological “Cold-War” waged by the bourgeois empires against socialism never ended after the collapse of the Soviet Union.

Besides the continuing of classic destabilisation campaigns against the PRC, exactly the same as those we have seen in Libya, Egypt, Syria, and Ukraine, with funding Islamic extremism in Xinjiang and “pro-democracy” elements in both HongKong and mainland, the US global media empire is stepping up Anti-China and Sino-phobic propaganda. In addition to the constant and fraudulent fear-mongering claims of “totalitarianism” and blatant lies without any evidence such as “1 million Uyghurs detained”, the internet is over run with articles about Chinese “colonialism” and “imperialism” in Africa, talking of “debt traps”, “financial-domination”, despite all the evidence to the contrary.

To assess use of the words “colonialism” and “imperialism” to describe China in Africa, like some have been doing, we must first be clear on what these terms mean.

Colonialism involves the drawing of artificial borders, imposition of foreign laws, forced religious conversions, the banning of indigenous languages, enslavement of local populations, violently suppressing uprisings, and crucially, the establishment of colonies. China has done exactly none of this.

Imperialism suppresses the independent economic development of host countries. It creates and sustains artificial poverty through the removal of democratically elected leaders and the installation of puppet dictators. It destabilises the host country with the funding of extremist groups, and masterminding of wars, in order to keep prices low for foreign markets, perpetuating chaos and discord for economic exploitation. It maintains political domination, focuses on extractionary industries, and invests only in sectors with high rates of profit.

The People’s Republic is doing precisely the opposite: assisting in African development without meddling in politics under the guise of ”political restructuring”; and without militarist intimidation masked as ”security aid”. The mutually beneficial relationships are empirically evidenced, in which resources are traded for development in needed areas. Chinese loans have “comparatively low interest rates and long repayment periods” (Deborah Bräutigam, Washington Post), and sometimes debts are entirely forgiven. Aiding in the sovereign economic advancement of host countries contradicts and undermines the very basis of imperialism; and this is only a continuation of Chinese-African relations since the revolutionary days.

In the Congo, most resource rich place on Earth, thus most cursed under capitalism, there were 5.4 million official casualties of war between 1998 and 2008, in what the UN has called “the worst humanitarian disaster since WW2”. This continuing series of brutal wars, often conducted with child soldiers, are over the control of mines to supply Western corporations with crucial minerals. Chaos and conflict keeps prices low, and these conditions were created through the installation of West-friendly corrupt dictators, after US and French forces assassinated the democratically elected post-independence socialist leader Patrice Lumumba. And these atrocities are still happening as you read these words.

Let us be honest: If China had been in a position to engage with the Congo since 1961 instead of the US and allies, none of the severe and colossal tragedies touched on above would have unfolded, and reality in this most wonderful place with the most beautiful people and amazing culture would be exponentially better today.

To call Chinese involvement in Africa today “colonialism” or ”imperialism” is not only to cheapen the word to the point of total meaninglessness, but an insult to the millions of victims of actual imperialism.

The status quo for Africa in the past 70 years of post-colonial Western imperialism has been horrific, as the US and Europe keep bleeding the continent dry for their own enrichment. The only thing that can break this cycle of exploitation is independent development, in which the PRC is playing an important role.

Even with overwhelming anti-Chinese bias in West-dominated global media, many studies from nonpartisan groups reflect positive attitudes, such as this one from the pan-African research network Afrobarometer:

“Findings from… 2014/2015 surveys in 36 African countries… suggest that the public holds generally favourable views of economic and assistance activities by China. …the note found that public perceptions not only confirm China’s important economic and political role in Africa but also generally portray its influence as beneficial.”

While we must stay vigilant and hold Chinese companies to a high standard, lets not fall prey to capitalist propaganda, and keep the bigger picture of China-Africa comradery in mind. The long term plan China is in the early stages of implementing involves building alliances based on strength with other formerly colonised nations, through win-win relationships and a policy of non-interference, to displace capitalist hegemony, counter imperialism and militarism, and remove the obstacles to global socialisation, and eventually, communisation.

Be Afraid … Be Very Afraid!