Lessons From the California Wildfires 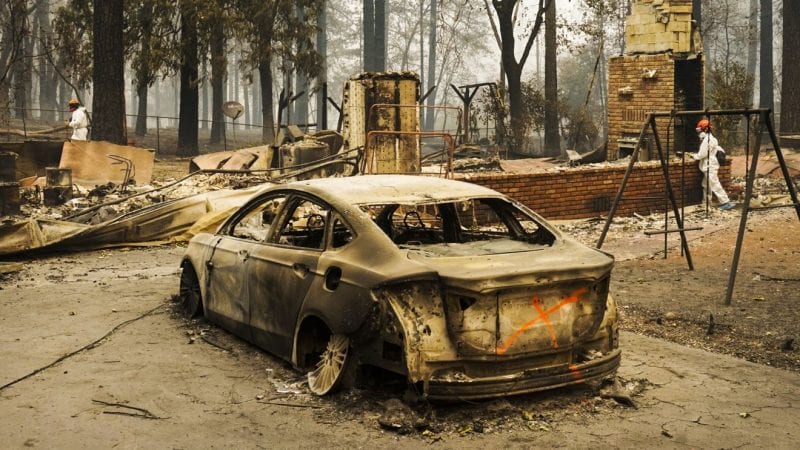 Paradise lost: man-made (arson) and capitalogenic factors have made natural disasters far more severe than otherwise. The Camp Fire is now the deadliest and most destructive fire in state history.

[dropcap]T[/dropcap]he recent wildfires in California make me feel even more worried about the fate of anyone whose homes are built in the woods.  California has experienced the 9 of the largest fires in its history in the past two decades, but large fires have occurred in many other western states during the same period.

What is going on? Are there too many dense forests due to fire “suppression” as some like President Trump suggest or is something else going on? Keep in mind more than half of all the acreage burned in the West has occurred in non-forest vegetation like chaparral, sagebrush, and grasslands.

Therefore, it’s questionable to suggest if we only thinned the forests we would see fewer large fires.

Furthermore, under extreme fire in weather, you cannot stop a wildfire. There is much anecdotal and scientific evidence for this.  The most severe fires occur in previously logged forests.

For instance, the Camp Fire which destroyed the town of Paradise began in an area which had burned a mere ten years before, and was salvage logged. 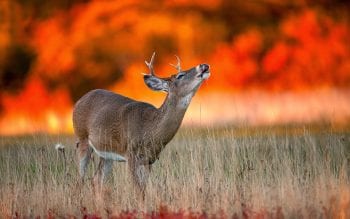 What drives massive wildfire is drought (California is in the midst of a thousand-year drought), high temperatures (CA had the warmest summer in 127 years which of course dries out all vegetation), low humidity (at the time of ignition there was extremely low humidity of less than 5 percent), and finally the most significant factor in all large fires is wind.

The wind was pushing the wildfire at a rate of up to 1 football field a second! Indeed, within 12 hours, the fire traveled 17 miles and had burned 55,000 acres!

Anyone who believes that thinning the forest or prescribed burns would stop a blaze under these conditions is sadly misinformed.

If you see photos of Paradise, one notes that there are many green trees, indicating that the actual wildfire did not enter much of the town. What burned the city down were embers blown on to flammable surfaces of which there were far too many in Paradise. Burning homes put out much higher heat and embers than a forest blaze. With propane tanks and other burnable materials, Paradise burned down house by house in a domino pattern.

What’s going on here? Well first, we are building communities in the fire plain, and like the floodplain of a river, sooner or later, homes will burn.

But the bigger factor as the above statistics about drought, temperature, wind, and so forth reveal is a strong climate/weather signal. With the warming of the Arctic, there is a weaker temperature gradient between the pole and equator. This temperature change causes the Jet Stream to weaken and wobble more resulting in the near rainless fall experienced in California, and a longer “fire season.”

Some suggest this is the “new normal.” It’s the new “Abnormal” because it is entirely due to human burning of fossil fuels and CO2 admission into the atmosphere.

Extreme weather means extreme fire behavior. The idea that we can influence fires by logging the forest is delusional. Beyond the fact that thinning and even prescribed burning can often increase flashy fuels like grass and shrubs that rapidly grow back on such sites, there is the probability factor. Studies have demonstrated the odds of a fire encounter a treated forest stand in the time when it “might” provide some benefits is extremely small-about 1-2%. And the chance that a fire burning under extreme fire weather will encounter a treated stand is many times smaller—well below 0.1%.

The only strategy that has been shown to work most of the time is the reduction of the flammability of homes and community. But these measures must be mandatory. If you put a metal roof on your home or clean needles from your gutter, but your neighbor does not. If the neighbor’s house ignites, your house may still burn.

In the long run, the only measures that will successfully change the “abnormal” conditions are for society to reduce Green House Gas (GHG) emissions.

Without such changes, we will see many more Paradise tragedies.