Home ABOMINATIONS “There’s no left in the US today.” Political persecution, media banishment and infiltration crippled it many decades ago.

“There’s no left in the US today.” Political persecution, media banishment and infiltration crippled it many decades ago.

Actually there is no need to imagine. It's happening already.
Eye on the Media • Patrice Greanville
With select comments by distinguished internauts

The system is protected by thick media armor. "Blindaje mediático" as the Spanish-language savants appropriately call it. And the system, after disabling independent (left) unionism, hounded and infiltrated the true left into insignificance. But past defeats do not mean the future is preordained to eternal capitalism. You can bet on that. Why? Because the worst enemy of capitalism is capitalism itself. 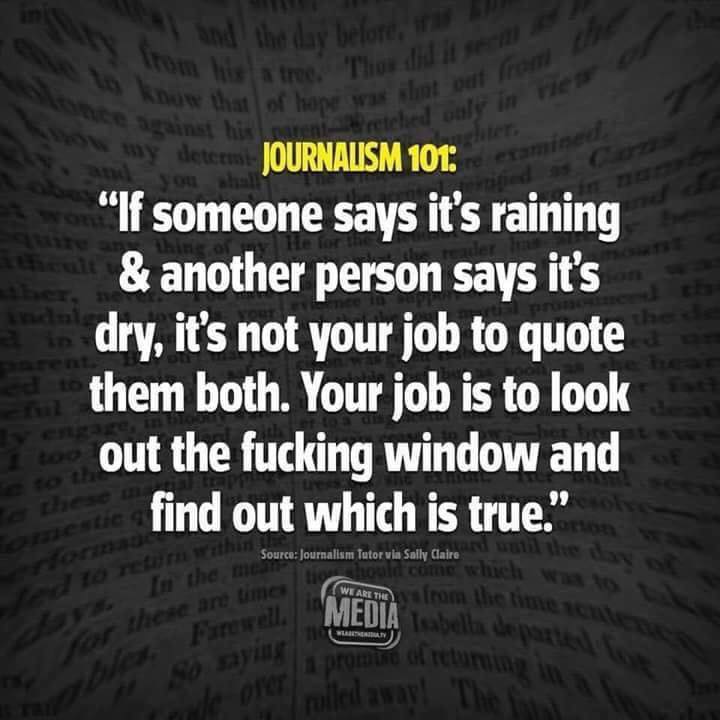 Guy Chocensky Spot on. I wince with pain when some idiot calls the D party leftist

Marx and Engels were two Germans, who found a loving home in Russia after their death. Then, a German (albeit of Austrian birth), invaded Russia to erase Marx and Engels from history forever, got roundly beaten back, and killed himself in a bunker. Meanwhile, Marx and Engels had moved to China, to Cuba, to DPRK, to Vietnam and Laos. And the heirs of Hitler in suits and ties are still trying to kill Marx and Engels. A futile pursuit as material conditions (including the climate) are pulling humanity inexorably to the means of its survival: socialism. Long live Marx and Engels!

Here's another fine harangue from Jonathan,

There is a Left in the US? Why, because the TV news says so? There hasn't been a Left in the US at least since the 1960s, probably not since the 1930s. No? Fine. Name a single Communist, Socialist, or Anarchist member of the federal government? How about your state or local governments, are they run by any of these folks? Are any of these parties even on your ballot? Fuck that, let's make it easier and only ask for center-Left: Name a single Green member of the federal government. Can we please stop repeating this huckster swindle, this ignorant canard, that there is a Left in the US? It just makes us look stupid.

Stuart Davies There is indeed a left in the US, but of course you will hardly ever see us represented in the government, let alone hear our voices in the corporate media. And unfortunately, the CIA and their "private sector" cohorts fund, infiltrate, and manipulate left oriented organizations and have been doing so for most of the last century.

"The detailed and engrossing 2008 book, The Mighty Wurlitzer: How the CIA Played America, by Hugh Wilford, investigates the CIA’s ideological struggle from 1947 to 1967 to win “hearts and minds” for US capitalism and prosecute the Cold War.

It was a dirty business. The CIA devised schemes to create or utilize existing social organizations, phony pass-through entities, universities, various media, artist groups, foundations and charities to service its propaganda wars—attempting to place a “progressive” and even “humanitarian” veneer upon America’s expanding grip.

Despite the passage of time since the book’s release, it remains a pertinent read for its exposure of the modus operandi of the CIA’s ideological campaigns and the role of a section of the liberal intelligentsia in supporting it. It is an eye-opener, particularly for a younger generation that has been subjected to a decades-long, non-stop attempt to whitewash the CIA and US militarism. One gets a picture of the ferociously antidemocratic and reactionary operations of US imperialism and its intelligence apparatus, a clear demonstration of the thoroughly criminal and deceitful nature of American capitalism.

Most important of all, the reader comes away with a sense of the immense significance attributed by the American ruling elite to the ideological struggle against socialism.

The author correctly emphasizes, “If anything, these practices have intensified in recent years, with the ‘war on terror’ recreating the conditions of total mobilization that prevailed in the first years of the Cold War.” He adds that the agency is “a growing force on campus.”[3]

The metaphor—a “Mighty Wurlitzer”—was coined by Frank Wisner, the head of the Office of Policy Coordination (OPC), a paramilitary and psychological operations group created in 1948, which was folded into the CIA in 1951. He prided himself on directing the network of organizations to play any propaganda tune on demand, likening it to the world-famous theater organ.

The agency sought out those who might be predisposed in a socialistic direction, targeting constituencies that had grievances with the status quo. It selected representatives from ethnic groups, women, African-Americans, labor, intellectuals and academics, students, Catholics, and artists and organized them into various front groups to promote anticommunism. These links, in turn, provided the agency with the cover it needed to influence strategically important sectors of foreign populations.

The book exposes how “radical” and “ex-radical,” labor, artistic and middle class people, a section of the American liberal intelligentsia, found themselves part of this “Wurlitzer.” [4] Significantly, this included a layer of former Communist Party members and fellow-travelers, such as novelist Richard Wright, who...[a onetime communist] tragically ended up in the arms of the American intelligence apparatus.

The agency exerted its control over these widely disparate and sometimes rancorous groups primarily through two methods. The first was the dispensation of large sums of cash—funneled either through corporations such as ITT, wealthy individuals or foundations. The second means was the vetting and grooming of the leaderships of these front groups, with the chosen individuals subjected to secrecy oaths.

Wilford explains how secrecy oaths were implemented in the case of the CIA-controlled National Student Association (NSA). “When the CIA judged it necessary to have an unwitting [uninformed of CIA control] officer made aware of the true source of the organization’s funds, a meeting would be arranged between the individual concerned, a witting colleague and a former NSA officer who had gone on to join the Agency. At a prearranged signal, the witting staffer would leave the room. The CIA operative (still identified only as ex-NSA) would explain that the unwitting officer had to swear a secrecy oath before being apprised of some vital secret, and after getting the officer to sign a formal pledge, the operative would then reveal the Agency’s hand in the Association’s affairs.”

Oaths were not just for effect. Violation carried a possible 20-year prison sentence. In later years, some of the witting later denounced the operation as entrapment and complained that they were “duped into a relationship with the CIA.” Others were in political agreement and/or saw working with the agency as a solid career move."

• This important article is in our archives.

The Mighty Wurlitzer: How the CIA Played America

About the Author
The author is this publication's founding editor.

So much for diversity of media message in America

In Defense of ‘Conspiracy Theories’

The Cold War supposedly ended, but a cold war against socialism is still alive and well in the entrenched moneyed class. Their greatest fear is that democracy will redistribute their wealth, almost all of it earned crookedly. This actually goes all the way back to the Founding Fathers who wanted liberty for themselves (to own slaves and large land holdings), but feared the “mob” of democracy.

I recently heard someone say that George Washington was no different than Trump, in that he was a real estate crook that made his fortune by stealing Indian land and reselling it to speculators. In grade school you may have heard this story a little differently that GW was a humble surveyor. True, but not so humble and the land he surveyed and sold he did not own.

Fast forward and today the US bully has singled out every socialist state, the few that remain, as a “threat to US national security”. Yes, little Cuba with 10 million people, Venezuela, DPRK, Nicaragua, and Islamic-socialist Iran are public enemy number one. This is not a coincidence. China and Russia are special cases, but it boils down to their refusal to fall into line with US neoliberal domination and exploitation.

“Meanwhile, Marx and Engels had moved to China, to Cuba, to DPRK, to Vietnam and Laos. And the heirs of Hitler in suits and ties are still trying to kill Marx and Engels.”
— I just love Luciana!

Unlike the more organic development of capitalist Europe with the constant pressures to derail its advancement the US was carefully set up as a capitalist industrial and technological enterprise. The notion of individual liberty meant disassociation from one’s fellow citizens in the pursuit of happiness, wealth and from any national tribal coherence carried from Europe. Thusly freed the masses could go about plundering the available resources and for asserting their rights over conquered territory. The internecine competitive urge was encouraged because it left open the control over the rules that encapsulated the mob’s’ behavior. A civil war became inevitable under such circumstances because each faction interpreted the Constitution in accordance with its material interests. What resulted was a correctly interpreted capitalist system of exploitation, rigidly applied to after civil war industrial expansionism, which is still in full sway. The political character of the post-1865 US has persisted to our days and with it the intense infighting between countervailing areas of political power and influence. Because every faction agrees to the capitalist credo, the strife is readily accepted as a normal aspect of capitalism, erroneously declared to be the demands of democracy. The deep problem for any socialist movement in the US is the fierce adherence to that original belief in materialism, namely that this system will regulate and adjust itself to every change in human perception and that nothing should interfere with that self-generating ideal. That it results in a totalitarian enclosed world view is not considered though it has in fact destructed countries from France, to England and lastly Germany. It is the bane of history that humanity must move through the dialectic absurdity that nature is a purely binary machine and that nothing is ever an organic compromise.