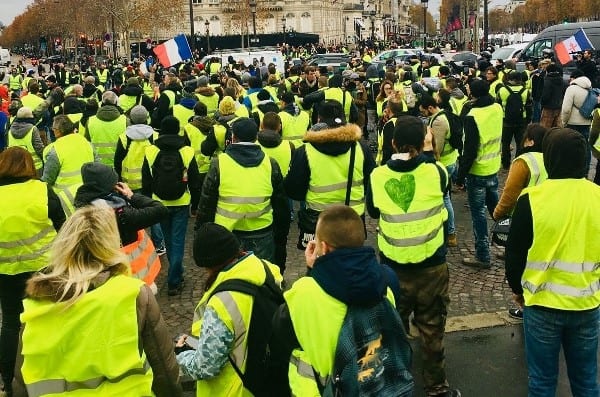 Over the past three weeks, hundreds of thousands of people have participated in “yellow vest” demonstrations in France against social inequality and austerity, demanding the fall of the hated government of the banker-president Emmanuel Macron.

All over the world, the editorial pages of major newspapers have responded to the protests with hostility. As with every popular uprising, the elites and their hangers-on slander the outpouring of popular opposition as “riots,” “mob rule” and “disorder.”

To this reactionary class snobbery has been added a new argument: that the internet, and in particular social media, should be shut down, censored or “regulated” to prevent working people from organizing protests against their social conditions.

Of course, this argument predates the “yellow vest” protests. Beginning in the immediate aftermath of the 2016 US election, sections of the US media aligned with the Democratic Party, including the New York Times and the Washington Post, began to demand that Google, Facebook and Twitter censor oppositional viewpoints in the name of fighting “fake news” and “Russian propaganda.”

These efforts led the technology giants to implement a draconian regime of internet censorship, with Facebook deleting left-wing and anti-war pages and Google slashing traffic to oppositional sites.

The measures demanded by the major newspapers, the Democrats and the intelligence agencies had nothing to do with stopping “fake” news or “foreign propaganda,” but were intended to silence mass opposition to capitalism. The real target of internet censorship is the billions of workers all over the world who use the internet to voice their grievances and to organize opposition.

Up to this point, the arguments for censorship stopped short of direct demands that popular protests be silenced. But with the upsurge of popular opposition gripping France, the proponents of censorship have felt empowered to vent their spleen at what they believe to be the unwashed masses who dare to use Facebook to express their views.

On December 3, Frederic Filloux, the former editor of Libération, one of the most popular newspapers in Paris, penned a screed on Medium denouncing Facebook for allowing demonstrators to express themselves.

Facebook is “playing a critical role in one of the worst cases of civil unrest ever seen in France,” Filloux wrote. France’s “inexpensive and reliable” cellular infrastructure has led to “countless selfies, videos, and live blogging, which fueled anger and fantasy.” He added, “Facebook provided an incredibly efficient logistical support for hundreds of demonstrations large and small across the country.”

The free and open self-expression provided by Facebook and other social media platforms is “toxic,” he declared. “As the absolute amplifier and radicalizer of the popular anger, Facebook has demonstrated its toxicity to the democratic process.”

Filloux called for ways to “contain Facebook’s ability to spread the dangerous cocktail of hatred, fake news, and logistical help tools that fuel the fire.”

All over the world, the editorial pages of major newspapers have responded to the protests with hostility. As with every popular uprising, the elites and their hangers-on slander the outpouring of popular opposition as “riots,” “mob rule” and “disorder.”

The obvious implication of Filloux’s statements is that Facebook should either be banned or even more aggressively censored. To this end, he asks, “Should Facebook be banned altogether?”

If Filloux does not directly call for such a course of action, it is entirely on tactical grounds: because Facebook would be replaced by “services completely beyond the control of the Western government.” 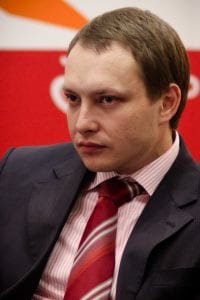 Filloux’s argument has been picked up approvingly in the American press. “There’s nothing democratic about the emergence of Facebook group administrators as spokespeople for what passes for a popular movement,” writes Leonid Bershidsky in Bloomberg.

He adds, “It’s time to cast away any remaining illusions that social networks can play a positive role in promoting democracy and freedom.”

Bershidsky concludes, “A free society can’t ban Facebook, or even completely regulate away its hate-enhancing function; but it should be aware of the risk Facebook and similar platforms pose to democratic institutions.”

He writes with barely-disguised envy about open dictatorships: “The threat to authoritarian regimes is less: they have learned to manipulate opinion on the platforms with propaganda.”

Anyone reading his column would walk away with the impression that the author prefers the authoritarian course to the “mob rule” on the streets of Paris.

But perhaps the most naked expression of this reactionary argument was presented by Casey Newton, the Silicon Valley editor at the Verge, who argued that French workers’ anger about social inequality is not due to the exponential growth of wealth disparities, but the fact that people post about it on Facebook.

He writes, “Think about how the Yellow Vests came about. A political decision was made, and discussed on Facebook. A small group began discussing it in groups. Algorithms and viral sharing mechanics promoted the group posts most likely to get engagement into the News Feed. Over the next few months, the majority of France that uses Facebook saw a darker, angrier reflection of their country in the News Feed than perhaps actually existed. In time, perception became reality. And now Arc de Triomphe is under attack.”

This is the argument made by every dictatorship. The present social order is “the best of all possible worlds,” and if the people don’t agree, it’s because they’re being led astray by demagogues who must be silenced by censoring the press. In the 21st century, these dictatorial arguments take the form of the demands not of shutting down newspapers, but of censoring and blocking social media and oppositional news sites.

As workers all over the world enter into struggle, they must take up the fight to defend the free, open and uncensored internet. The World Socialist Web Site is leading this struggle and calls on all workers and young people seeking to oppose internet censorship to joint this fight.

ABOUT THE AUTHOR
The author is a senior editorial member with wsws.org, a Marxian publication.

The mass protests in France: A new stage in the international class struggle

Sometimes A Pair of Pants Can Give You Vertigo

fb won’t allow the image for this article.

Amazing! Despicable. But something we can expect from these bastards, as they continue to do their best to stifle dissent and free speech. While calling it “democracy”.

Leave a Reply to Sionna B. Cancel Reply