Home ABOMINATIONS She Works Hard for The Money!

She Works Hard for The Money! 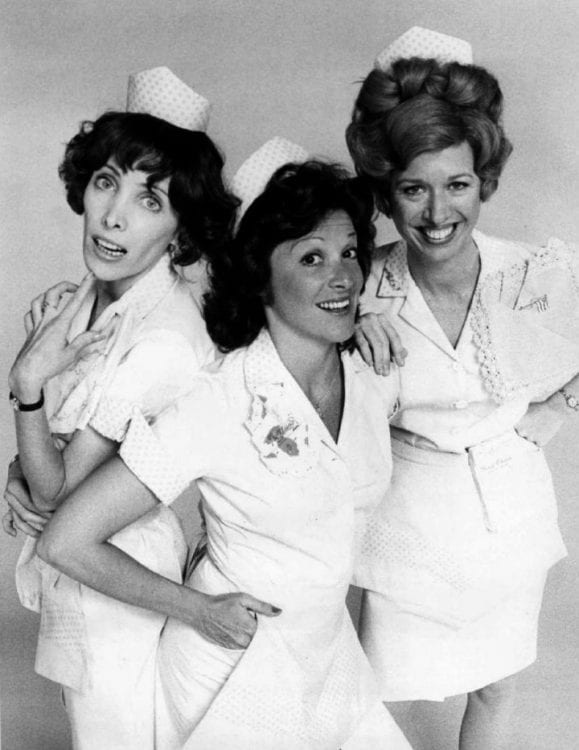 Cast of the sitcom Alice (1976). Hollywood has given us many movies and sitcoms with characters playing working class females, but the portraits are almost always superficial, rarely depicting the actual troubles of proletarian women struggling on their own.

She Works Hard for the Money

She just turned 30, has three children, receives no welfare ( except SSI for her Down's Syndrome daughter), no food stamps anymore ( she earns too much at $ 24k a year to get much), has no health coverage for herself ( the kids are on Medicaid), and like the Donna Summer's song "Works hard for the money! Vanessa M,, born and raised by two military parents, went to college, made some ' foolish decisions' by her own account of falling in two love/hate relationships. The only upside   was bearing three wonderful children. She is a single mom and survives by having to work THREE PART TIME JOBS: a server in a coffee shop, a housekeeper in a major golf club ( $ 10 and hour) and her best future prospect as an Occupational Therapist Assistant ( $30 per visit, but as an independent contractor with no steady hours). All told, Vanessa M. works, on a good week when she is needed, 50 hours in total. " When I was not working and going to school for the occupational therapists assistant course, I was able to get over $ 700 a month in food stamps for the four of us. As I got more work, it dwindled down to what I could get now, which is $ 150 or so a month. Problem is, they want you to ' jump through hoops' with forms and they want to have your email address, phone records and records of ALL my spending. To hell with it!"

Vanessa M. was recently lucky to have found a better source of housing for the four of them. "I met a nice lady who just purchased a home in a decent part of this area. She was having trouble paying her mortgage, so she offered me the opportunity to share her large home." We have two bedrooms, a kitchen, living room and bathroom for ourselves, and I pay her $ 1000 a month, which includes ALL extra charges, like water ,electric and cable. I have to pay for my own cell phone and what goes with it, which costs me over $150 a month. Then I have my car insurance and of course gasoline costs, which for me is quite a lot, as I am always driving to all my jobs. If I am able to scrimp a bit, shopping stores like Wal-Mart for groceries, that costs me $ 130 a week or so. As far as clothing for myself and the kids, I am forced to shop in thrift stores and thankfully receive lots of ' hand me downs ' from various people, for my kids." If they get sick, well luckily I can take them to whatever urgent care accepts Medicaid. If I get sick....."

Vanessa M. told me of her recent experience living elsewhere. " I was able to get a rather large apartment in a pretty downtrodden extremely low income area of Daytona Beach. I paid $ 1050 a month and it had plenty of room for us. Most of the street was absentee landlord rentals using management companies. Soon after we moved in I could notice that the house had terrible termite problems with lots of damage to the wood structure. All the management company did was just to ' paint over' the damage. That was bad enough, but when, one night while laying in bed, I heard weird noses from inside the walls. Then I could hear like a stampede running around. When in the morning I pushed back the dresser, I could see rat shit droppings inside of the drawers and along the wall. I immediately called the management company and they said they would send out a pest company. Well, what they did was send out a slew of pest companies to inspect the place... just to give quotes. By the third one coming out, and having ALL the guys telling me ' Lady you got giant rat infestation' , and still no one coming to deal with the problem... I ran the hell out of there with my kids! After I was out of there, the management company wanted me to pay $ 800 for breaking my lease. I told them they already had my security deposit and one month rent in reserve, so I told them ' Sue me!' They never did."

It is quite hard to fathom how a person, especially a woman in today's still man dominated society, is able to support three children, work long hours, and keep ' above water'. Vanessa M. has some ideas as to make this ' life journey ' a bit more tolerable for she and literally millions of single Moms. " Well, if we had a reasonable minimum wage, let's say $ 15 an hour, that would help. If we all had the same health care that the Canadians and English have, with little or no charges, that would be unreal! I just wish that there were no absentee landlords and rental apartments etc were owned and operated by the local towns, maybe rents would be much more easier for people like myself"

The Macron Implosion – Will it Spread to Other EU Members?

If the liberal discussion ever gets realistic enough to factor in those for whom no viable jobs are available. and many who can’t work, I’ll take them more seriously.

Wow, in Thailand my cheap cell phone monthly payment is $1.50, I suppose if I used it more, it might cost $10….I just added on cheap but low speed internet for 6 months and it cost $20 for six months….TOTAL.

What people pay for cell phone service in the USA, especially with locked phones and demand contracts is internet superhighway robbery. $150/month….wow.

This is an accurate, realistic depiction of one of the more exploited sectors of the working class: women. And this woman has a few advantages over her super-exploited sisters because she’s white and has a college education; but none of that seems to have done much for her, because this whole rotten capitalist system is so unfair. I’m sure there’s a special place in hell for the spoiled rich guys who run this system and keep making it harder for everybody else.