The U.S. Government is definitely set upon winning WW III, not avoiding WW III. Nuclear weapons are thus being built and deployed by the U.S. Government with the intention to conquer Russia, and this goal has become NATO’s mission, and its only remaining core function... 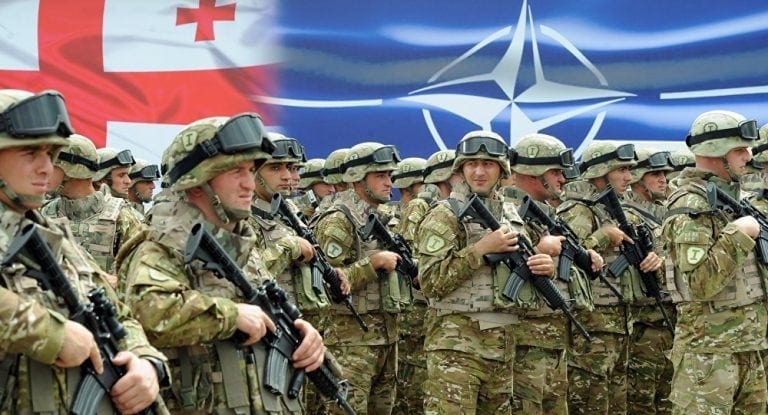 [dropcap]T[/dropcap]he following combination of articles explains — and they link to conclusive evidence proving — that the United States Government is actually designing its nuclear forces now with the intention to win a nuclear war against Russia (World War III), and no longer (if they ever really were) adhering to the idea (“Mutually Assured Destruction”) that WW III would produce unacceptable catastrophe for both sides, and must therefore be prevented.

The U.S. Government is definitely set upon winning WW III, not avoiding WW III. Nuclear weapons are thus being built and deployed by the U.S. Government with the intention to conquer Russia, and this goal has become NATO’s mission, and its only remaining core function, though this fact is not publicly acknowledged. Here are these articles, and their key quotes, showing this:

“Back in 2011, before the B61-12 development program had progressed to the point of no return, FAS sent a letter to the White House and the Office of the Secretary of Defense pointing out the contradiction with the administration’s policy and implications for nuclear strategy. They never responded.”

The U.S. Government is definitely set upon winning WW III, not avoiding WW III. Nuclear weapons are thus being built and deployed by the U.S. Government with the intention to conquer Russia, and this goal has become NATO’s mission, and its only remaining core function, though this fact is not publicly acknowledged.

“As from March 2020, the United States will begin to deploy in Italy, Germany, Belgium, and Holland (where B-61 nuclear bombs are already based), and probably also in other European countries, the first nuclear bomb with precision guidance in their arsenal, the B61-12. Its function is primarily anti-Russian. This new bomb is designed with penetrating capacity, enabling it to explode underground in order to destroy the central command bunkers with its first strike. How would the United States react if Russia deployed nuclear bombs in Mexico, right next to their territory?”

“The US nuclear forces modernization program has been portrayed to the public as an effort to ensure the reliability and safety of warheads in the US nuclear arsenal, rather than to enhance their military capabilities. In reality, however, that program has implemented revolutionary new technologies that will vastly increase the targeting capability of the US ballistic missile arsenal. This increase in capability is astonishing — boosting the overall killing power of existing US ballistic missile forces by a factor of roughly three — and it creates exactly what one would expect to see, if a nuclear-armed state were planning to have the capacity to fight and win a nuclear war by disarming enemies with a surprise first strike.”

“The U.S. government’s plan to conquer Russia is based upon a belief in, and the fundamental plan to establish, ‘Nuclear Primacy’ against Russia — an American ability to win a nuclear war against, and so conquer, Russia.”

The U.S. regime’s real goal is conquest and control of the entire world — including especially Russia. After the end of the Soviet Union, and of its communism, and of its Warsaw Pact military alliance that had been established in order to defend against America’s NATO military alliance, there is no excuse for this. The U.S. regime’s guilt here is especially outrageous regarding Russia, because invading Russia would destroy the entire world.

The U.S. regime’s craving to control the entire world is sheer evil, and is ‘justified’ entirely on lies (such as the lie that Putin had “seized” Crimea — this being the alleged ‘justification’ for NATO’s ramping up troops and missiles on and near Russia’s borders).  One of these lies is that “Putin wants to conquer Ukraine”. Only the grossest of fools could believe that. But it’s not just the Crimea-Ukraine issue where the U.S. regime lies: All U.S. sanctions against Russia are based on clearly proven lies.

Furthermore, the U.S. regime’s increasing moves towards a police-state if not toward ultimately military law for Americans, are drastically reducing Americans’ own freedoms, and this is extremely bad for the American people. The increasing percentages of the U.S. Government’s spending that go to the military have also been spreading poverty and concentrating wealth in the aristocracy; so, only America’s billionaires are benefiting from this imperialism, even within the U.S.

The United States Government is no ‘democracy’, and it has now become the enemy of the entire world, except of the regimes that rule its allied countries, but even its allied countries will be immiserated by such a war as America’s rulers are preparing, on behalf of the owners of Lockheed Martin and other such corporations.

The U.S. regime is the enemy of publics everywhere. It is the biggest threat to the world in all of human history, if Hitler’s regime wasn’t that. And it will be worse even than Hitler’s regime, if its military bases and personnel aren’t expelled from every country before the secretly planned blitz-invasion of Russia ultimately occurs. Only doing that could now prevent such an attack. If this won’t be done, then NATO’s invasion of Russia will. It has come down to that choice, for each and every nation.

On 1 May 2017, Global Research headlined an opinion-article, “No More Crimes Against Peace: Why Canada Must Leave NATO Now”.

[dropcap]E[/dropcap]urope’s emerging competitor to America’s NATO is called “Permanent Structured Cooperation”, a dull name so as to avoid especially the U.S. public’s attention. It was announced on 8 September 2017, and then established on 11 December 2017, with a list of “Ambitious and more binding common commitments” and with 25 EU Member States (all of the 28 EU members except: UK, Denmark, and Malta), signing onto those commitments. Its creation was the start of the end of NATO. This has been inevitable ever since the U.S. coup in Ukraine in February 2014 and installation there of a nazi regime, which the U.S. regime had planned to become a member both of NATO and of the EU.

On 9 November 2019, U.S. President Donald Trump tweeted, “President Macron of France has just suggested that Europe build its own military in order to protect itself from the U.S., China and Russia. Very insulting, but perhaps Europe should first pay its fair share of NATO, which the U.S. subsidizes greatly!” Perhaps Macron wants to keep France out of WW III. Perhaps, also, Macron wants France to be free to determine its own international policies without needing to adhere to the demands of America’s billionaires, especially the demands which America’s billionaires share with Saudi Arabia’s royal family and Israel’s billionaires,* such as to conquer Syria so as to install there a leader who would be chosen by King Saud and cooperate with America’s billionaires. For example: on December 7th, Al Masdar News headlined “Syria accuses US Coalition of completely destroying hospital in Deir Ezzor”. Deir Ezzor is Syria’s oil-producing region, and the U.S. regime and its allies want to steal Syria’s oil and they’ve therefore been trying for years to destroy the Government’s infrastructures and grab control there.

To understand the broader geostrategic context in which these daily events are happening, click here.

NOTE: There is a possibility that Ukraine might, on December 14th, invade its former Donbass region and provoke there a Russian response that the U.S. regime might use as a pretext to invade Russia, but I doubt that the U.S. regime yet feels confident enough that it possesses “Nuclear Primacy” so as to invade Russia at the present time. So, if such a Ukrainian invasion occurs, the Ukrainian regime, which was installed by the American regime, might turn out to be disappointed. 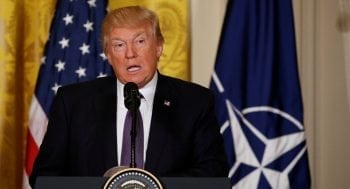 Trump is a complete criminal, implementing all the neocon policies desired by the Deep State, but he's also a transparent, oafish criminal, thereby an embarrassment to the empire, which prefers to have it both ways via smooth charlatans like Obama.

* On November 27th, “President Trump’s full Washington Post interview transcript, annotated” included Trump’s fullest explanation, to-date, on why he will not blame Crown Prince Mohammed bin Salman al-Saud for Khashoggi’s murder: “They’ve been a great ally. Without them, Israel would be in a lot more trouble. We need to have a counterbalance to Iran. … It’s very, very important to maintain that relationship. It’s very important to have Saudi Arabia as an ally, if we’re going to stay in that part of the world. Now, are we going to stay in that part of the world? One reason to is Israel. Oil is becoming less and less of a reason because we’re producing more oil now than we’ve ever produced. So, you know, all of a sudden it gets to a point where you don’t have to stay there” (other than to do the will of Israel’s billionaires, and of America’s billionaires who also share in the control of Israel’s Government). An astute observer noted about that comment from Trump:

“As Trump explains now that he holds not only the relations with the Saudis, in order to serve Israel’s interests, but that Israel is “a reason” for the US and its troops remain in the region. With that, Trump has broken a long-standing taboo, because the simple information that Israeli interests are the reason that the US and its troops are in the region, has so far tried to suppress the Zionist lobby with great force and quite successfully. After all, the naked truth does not sound good to the Zionist regime and its henchmen: rows of bombed and destroyed countries, thousands of dead US soldiers and many more cripples, trillions of dollars in costs, and what this all is about: Israel.”

Like many traditionalists, that observer refuses to consider that the royal Saud family might be dominant over the Jewish billionaires, instead of vice-versa such as is the case because the Sauds control the exchange-rate of the dollar and the Jewish billionaires don’t even control much oil at all. But that’s a relatively minor disagreement, in the present context.

Furthermore, on December 8th, The Atlantic bannered “The U.S. Is Paying More Than It Bargained for in the Yemen War” and reported that the Pentagon had written to The Atlantic that (as they quoted from the Pentagon), “Although DoD has received some reimbursement for inflight refueling assistance provided to the Saudi-led coalition (SLC), U.S. Central Command recently reviewed its records and found errors in accounting where DoD failed to charge the SLC adequately for fuel and refueling services,” and the Pentagon refused to indicate just how much of that expense had been charged to U.S. taxpayers — that is, added to the federal debt. However, the Pentagon had to have known the answer to that question because otherwise the Pentagon wouldn’t now be demanding from Crown Prince Salman al-Saud this reimbursement. You don’t demand reimbursement unless you know precisely how much the demand is for. The likely reason why Trump makes this demand at the present time would be that with the public information now known about the murder of Khashoggi, Trump now has a vastly better bargaining-position to demand this money. Trump’s bargaining-position against al-Saud has been greatly improved. He represents both America’s billionaires and Israel’s billionaires. He does not represent the American public. In effect: he negotiates here for those billionaires, against al-Saud.