Crimes Against the Earth

The author surveys the capitalogenic crisis currently dooming our planet to vast die-offs.

– From Seneca’s last letter to Nero

[dropcap]T[/dropcap]he excavation of more than 600 billion tons of toxic carbon and hydrocarbon geological remains of previous biospheres and their transfer to the atmosphere as carbon gases constitutes nothing less than insanity leading to global suicide. With estimated profitable carbon reserves in excess of 20,000 GtC (Assessing “Dangerous Climate Change”, including oil shale, tar sand, coal seam gas, further emissions would take the atmosphere, oceans and biosphere back to early Eocene (~55-40 million years ago) and Mesozoic-like (pre-65 million years ago) greenhouse atmosphere and acid oceans conditions, during which large parts of the continents were inundated by the oceans. Most likely to survive the extreme transition over a few centuries would be grasses, some insects and perhaps some birds, descendants of the fated dinosaurs. A new evolutionary cycle would commence. Survivors of Homo sapiens may endure in the Arctic. 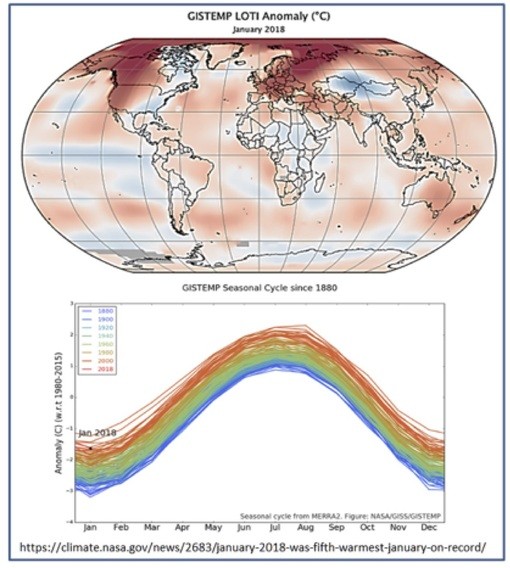 Since about 542 million years ago, acting as the lungs of the biosphere, the Earth’s atmosphere developed an oxygen-rich composition over hundreds of millions of years, allowing emergence of breathing animals.

A critical parameter in Drake’s Equation, which seeks to estimate the number of planets that host civilizations in the Milky Way galaxy, is L – the longevity of technological civilizations. Estimates of L range between a minimum of 70 years and 10,000 years, but even for the more optimistic scenarios, only a tiny fraction of such planets would exist in the galaxy at the present time. It is another question whether an intelligent species exists in this, or any other galaxy, which has brought about a mass extinction of species on the scale initiated by Homo sapiens since the mid-18th century and in particular since 1945.

The history of Earth includes six major mass extinctions defining the end of several periods, including the End-Ediacaran, Ordovician, Devonian, Permian, Jurassic and Cretaceous periods. Each of these events has been triggered either by extra-terrestrial impacts (End-Ediacaran and K-T) , massive volcanic eruptions, or methane release and related greenhouse events. Yet, with the exception of the proposed role of methanogenic bacteria for methane eruptions, the current Seventh mass extinction of species constitutes a novelty. For the first time in its history, the biosphere is in crisis through biological forcing by an advanced form of life, i.e. of a technological carbon-emitting species.

The distinct glacial-interglacial cycles of the Pleistocene (2.6 million years ago to 10,000 years ago), with rapid mean global temperature changes of up to 5 degrees Celsius rises over a few thousand years, and, in some instances shorter periods, forced an extreme adaptability of the Genus Homo. Of all the life forms on Earth, only this genus mastered fire, proceeding to manipulate the electromagnetic spectrum, split the atom and travel to other planets, a cultural change overtaking biological change.

Possessed by a conscious fear of death, craving a god-like immortality and omniscience, Homo developed the absurd faculty to simultaneously create and destroy, culminating with the demise of the atmospheric conditions that allowed its flourishing in the first place. The biological root factors which underlie the transformation of tribal warriors into button-pushing automatons capable of triggering global warming or a nuclear winter remain inexplicable.

Inherent in the enigma are little-understood top-to-base mechanisms, explored among others by George Ellis, who states: “although the laws of physics explain much of the world around us, we still do not have a realistic description of causality in truly complex hierarchical structures.” (“Physics, complexity and causality”, Nature, 435: 743, June 2005):

For the first time in its history, the biosphere is in crisis through biological forcing by an advanced form of life, i.e. of a technological carbon-emitting species.

66 million years ago, huge asteroids hit the Earth, extinguishing the dinosaurs and vacating habitats, succeeded by the flourishing of mammals. At 56 million years ago, in the wake of a rise of atmospheric CO2 to levels near-800 parts per million, the monkeys made appearance. About 34 million years ago, weathering of the rising Himalayan and Alps sequestered CO2.  Earth was cooling, the Antarctic ice sheet formed and conditions on land became suitable for large, warm blooded mammals.

About 5.2 to 2.6 million years ago, in the Pliocene, with temperatures 2 – 3oC and sea levels 25+/-12 meters higher than during the 15th to 18th centuries, the accentuation of climate oscillations saw the appearance of the genus Paranthropus and the genus Homo. At least about one million years ago the mastering of fire by Homo Erectus, about a quarter of a millennium ago the appearance of Homo sapiens,and about 8,000 years ago the stabilization of the interglacial Holocene, saw the Neolithic and urban civilization.

Since the industrial age about 1750 and in particular from 1950, a period denoted as the Anthropocoene (cf. Steffen, Crutzen and McNeill, Ambio, 36, 614-621, 2007), deforestation and climate change led to the demise of an estimated 10,000 species per year due to destruction of habitats, ever increasing carbon pollution, acidification of the hydrosphere.

From the Romans to the Third Reich, the barbarism of empires surpasses that of small marauding tribes. In the name of freedom they never cease to bomb peasant populations in their small fields. Only among the wretched of the Earth is true charity common, where empathy is learnt through suffering.

War is a synonym for ritual sacrifice of the young. From infanticide by rival warlord baboons, to the butchering of young children on Aztec altars, to the generational sacrifice such as in WWI, youths follow leaders blindly to the death. Hijacking the image of Christ, a messenger of justice and peace, fundamentalists promote a self-fulfilling Armageddon, while other see their future on space ships and barren planets. Nowadays a cabal of multibillionaires, executives and their political and media mouthpieces are leading the human race and much of nature to ultimate demise, with little resistance from the majority of people, either unaware or too afraid to resist the slide over the cliff.

Humans live in a realm of perceptions, dreams, myths and legends, in denial of critical existential factors (Janus: A Summing Up, Arthur Koestler, 1978) in a world as cruel as it is beautiful. Existentialist philosophy allows a perspective into, and a way of coping with, all that defies rational contemplation. Ethical and cultural assumptions of free will rarely govern the behavior of societies or nations, let alone an entire species.

And although the planet may not shed a tear for the demise of technological civilization, hope on the individual scale for the moment is possible. Going through the black night of the soul, members of the species may be rewarded by the emergence of a conscious dignity devoid of illusions, grateful for the glimpse at the universe for which humans are privileged for the fleeting moment:

“Having pushed a boulder up the mountain all day, turning toward the setting sun, we must consider Sisyphus happy.” (Albert Camus, The Myth of Sisyphus, 1942)

Appendix
In desperation, given the criminal inaction of most key international leaders, the scientific community has been coalescing about the notion of containing global heating damage via geoengineering.

Imagine If Saudi Arabia Was Not A US Ally

The Sociopath as Hero