Home ABOMINATIONS Did the US Steal Russia’s Hypersonic Weapons Secrets?

Did the US Steal Russia’s Hypersonic Weapons Secrets?

The US’ Hypersonic Weapons Progress Suggests that Spying Pays Off

The US stole Russia’s hypersonic weapons secrets over the summer and is now on track to test these systems sooner than the rest of the world originally anticipated.

[dropcap]P[/dropcap]resident Putin’s announcement in March that Russia was in possession of hypersonic weaponry was heralded as a strategic game-changer of the highest order because of the implication that the US’ decades-long “missile defense” investments were now suddenly rendered null and void, thereby restoring the nuclear balance that had been at risk of disruption by America’s moves to safeguard itself from a speculative nuclear second strike and theoretically one day give itself the prerogative to carry out a first one with impunity.

Russia and the rest of the world were on track to become the victims of nuclear blackmail had this trend been allowed to continue uninterrupted, which is why Moscow’s development of hypersonic weapons technology was such a big deal. 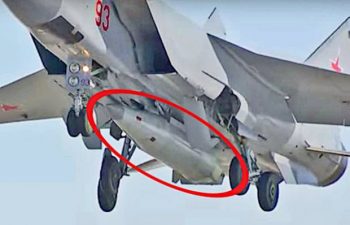 Russia’s restoration of the strategic nuclear balance with America was regarded as a major step forward in the direction of stabilizing the dangerous dynamics of the New Cold War and importantly allowing President Putin to concentrate on reforming the socio-economic situation at home throughout his fourth and final term in office now that his country’s international security was assured.  Somewhat unsurprisingly, however, the US soon thereafter attempted to steal Russia’s hypersonic weapons secrets and was evidently successful, at least judging by the fact that a scientist was arrested over the summer for passing off classified information about these programs to the Americans. It’s not publicly known how many secrets he gave them, but the US just declared that it plans to test this technology in the near future.

A New Space Race for a New Cold War

The country obviously had a preexisting hypersonic weapons program even before this, but it should be presumed that its efforts might have been greatly aided by its successful espionage operation over the summer, showing that spying does indeed pay off. This isn’t a lesson that the Russians hadn’t already learned, however, because they pretty much preceded the Americans in doing something very similar during the Old Cold War when they basically stole nuclear technology from them and restored strategic parity between the two superpowers. It can be argued that the US is also restoring parity in its own way after Russia rolled out the next generation of nuclear launch systems through its hypersonic weapons technology, but the situation actually isn’t as simple as that.

Superficially, it’s indeed true that the US restored a tit-for-tat balance with Russia that had been altered by Moscow’s announcement in March, but substantively, America will use this return to “parity” in order to continue making progress on its “missile defense” shield, albeit this time in terms of the hypersonic dimension after learning how to master this technology. That will essentially return the New Cold War back to its pre-March 2018 state of strategic affairs whereby the US continues to lead the world in anti-missile capabilities that it could tacitly exploit for nuclear blackmail purposes in order to preserve its global hegemony. The solution, then, might rest in Russia resorting to its own espionage operations and learning more about the US’ “missile defense” systems, including those that might be deployed in space.

At the end of the day, spying pays off – for better or for worse – and the world’s “second-oldest profession” will always remain relevant.

Note to readers: please click the share buttons above. Forward this article to your email lists. Crosspost on your blog site, internet forums. etc.

This article was originally published on Eurasia Future.

ABOUT THE AUTHOR
Andrew Korybko is an American Moscow-based political analyst specializing in the relationship between the US strategy in Afro-Eurasia, China’s One Belt One Road global vision of New Silk Road connectivity, and Hybrid Warfare. He is a frequent contributor to Global Research.

Translated and subtitled by Scott Humor / THE SAKER BLOG

[dropcap]A[/dropcap] criminal case under article 275 of the criminal code — “treason” — was initiated by the Federal Security Service against employees of the Central Research Institute of Mechanical Engineering. Security officers have accused some scientists from the famous TSNIIMASH in transferring secrets of the Russian hypersonic weapons to Americans.

Five and a half years have passed since Vladimir Putin famously uttered the “This is not the 37” phrase.  In looking at high-profile criminal cases, bloggers often ask: “Why, in fact, this is not the 37th?” After all, the situation, judging by what is happening, is very similar. 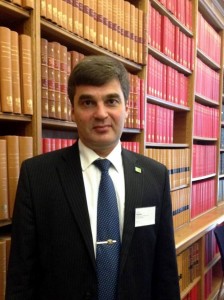 Dmitry Payson—if this man really sold strategic secrets to the Americans he is guilty of the most heinous crime endangering all of humanity.

Dmitry Payson, the Director of the Research and Analytical Center of the United Rocket and Space Corporation, is suspected of transmitting secret information. It was he who, according to the investigators, received secret data from the institute staff. This is what the Kommersant newspaper claims after first breaking the news.

“Field investigators check information on participation of officials in deliberate transfer of data under a signature stamp of ‘top secret’ about the Russian hypersonic projects to foreign intelligence services. It is established that the leak came from the staff of the Institute, with whom Dmitry Payson remained in close contact,” says one of the interlocutors of the Kommersant familiar with the materials of the FSB. He refused to give the names of the defendants in this case and their procedural status, citing the secrecy of the investigation.

Let us imagine that we live in the XXII century. The fragmentation of humanity has already been overcome, the planet lives in peace, all armies have been dissolved, and the phrase “treason” sounds wild and preposterous. And one day, we find in the depths of the internet, a screenshot of a news article from 80 years ago, in which it is that a respected man named Payson was an American spy. Crazy, isn’t it?

This is roughly what domestic liberals say when it comes to what happened in 1937. But Russian hypersonic weapons is a reality, no matter what some “good persons” claim otherwise. American intelligence agencies really want to get access to it, as in the last century, the Soviet intelligence agencies were looking for ways to learn about developments in the field of nuclear weapons. And as you may remember, they did.

Finally – a characteristic detail: Dmitry Payson in 2011 moved to the TSNIIMASH from the SKOLKOVO Foundation, which is being run by a red-haired gentleman, who, according to the Russian conspiracy theorists is appointed to supervise over “this country” by the globalists. And having received the current position in the United rocket and space Corporation, Payson did not quit his job at the SKOLKOVO. According to the Kommersant’s sources, a few days before the searches, Dmitry Payson was notified of the upcoming dismissal from ORC: this was due to the fact that in the organizational and staff structure of the state Corporation, formed by the new management of Roscosmos, there is no place for the research and analytical center.

When it comes to Payson and other yet unknown to us defendants in the case of treason, their guilt will be determined by the courts, if the investigation will provide convincing evidence. But I would say that this fact looks like a motive: the desire to sell some secret data before dismissal, to get a nice chunk of money for a cloudless pension?

ABOUT THE AUTHOR
Ruslan Ostashko is a well known Russian geopolitical analyst whose writings can be found in the leading independent news sites, including The Saker Blog, Greanvile Post, and similar.