Home ABOMINATIONS The EUROPEAN SPRING and the ERA of REVOLT!!! (Annotated) 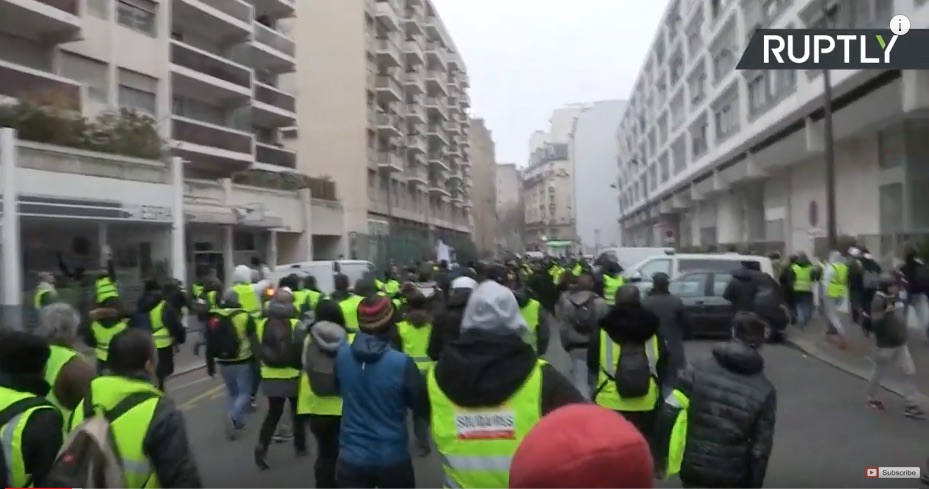 Editor's Note
Multilateralist Steve Turley, who analyses things from the right, albeit a very special right, filed this interesting report, whose conclusions we can endorse. (Caution: we do NOT endorse all of Turley's analyses. Like all traditionalist/conservatives he celebrates the coming of Bolsonaro to power in Brazil, for example, an undiluted disgrace, even if the so-called Brazilian "left" is also not something to admire. ) The basic problem is that in an age in which the true (old) left has vanished, and there's a "left" strutting around that is mostly comprised of comfortable upper middle and upper class liberals who embrace the American empire in all its hypocrisy and murderousness (call them Clintonite Democrats or Obamabots) , only some voices on the old-fashioned, tradition-bound right, prompted by their old rootedness in nationalism, are being heard and stepping forth to oppose this new barbaric leviathan guided only by insatiable greed and the cult of cancerous capitalism. Now, we are AGAINST most traditions, seeing them in the vast majority of cases for what they are: attachments to old ways grounded in ignorance and horrible customs oppressing the more vulnerable members of the "living community"—women, foreigners, animals, and people with iconoclastic ways of thinking, etc., the latter usually the very vanguard of humanity.

So why are we seemingly retreating from this ideal at this point? Because the globalist vision has been entirely infected by the "neoliberal" virus, the ultimate body-snatching organism, whose real marching values have little to do with peace and respect between nations, or the advancement of democracy and freedom for all, and much to do with boundless exploitation of anything subject to predation.
So yes, it is confusing, but the current reality does not leave us much room to maneuver. Liberals, who have worked so hard to fool the masses and bury the class struggle, and, as stated above, are the main carriers and defenders of the imperialist virus, hide behind a curtain of progressivism (identity politics) to advance their treacherous agendas. The upshot of all these betrayals is an implosion of the genuine (subjective) left and the rise of populists of various stripes to fill the void, in some cases supported by old-fashioned nationalists, who wish to protect the nation state from the assault of globalists. As many on this site's audience know, nationalism —grounded in tribalism—is also a morally and historically tainted concept, as the most horrific wars and conflicts have issued from clashes between various nation states, first invested by ancient imperialism, Roman style, later by feudal embryonic national identities, as seen under France's Louis XIV and other medieval princes in their search for aggrandisement. Finally, the 20th century gave us the very summit in inter-nation conflict, with two instances of world war that should have made it imperative for the survivors to banish wars once and for all, something they did not, these gargantuan conflicts being followed in short order by ghastly imperialist wars led by the new global superpower and its vassal states, as the actual causes of wars, rooted in privatism, the divisions of humanity by race, culture and technological accomplishment, etc., and, above all, capitalism, were left untouched,

I mention this sorry record to remind everyone that there is good reason to oppose nationalism, not to mention its perfervid strain, chauvinism, and that this was the reason, too, why some idealist thinkers thought a United Nations (or European Union) would work to overcome such separations in race, custom and power and inaugurate a world government of fraternal harmony, peace and egalitarianism to all. So why are we seemingly retreating from this ideal at this point? Because the globalist vision has been entirely infected by the "neoliberal" virus, the ultimate body-snatching organism, whose real marching values have little to do with peace and respect between nations, or the advancement of democracy and freedom for all, and much to do with boundless exploitation of anything subject to predation, unto its utter demise. It is not an accident that the most lawless, violent and hypocritical nation on earth, the United States, is also the main carrier of this neoliberal virus across the planet. Indeed, corporate executives and Pentagon soldiers are the new Jesuits spreading this new faith by hook or by crook.

In sum, the strange historical window we occupy witnesses the destruction and implosion of the old left (hopefully only momentarily) and the betrayal of the trusting masses by the liberals (often in tacit alliance with the establishment reactionaries, vide how the Democrats and Republicans really agree on everything that favors the interest of the plutocracy for which they work). So watch this analysis in that context. Remain flexible! The world is in flux. Many surprises are in store.
—PG 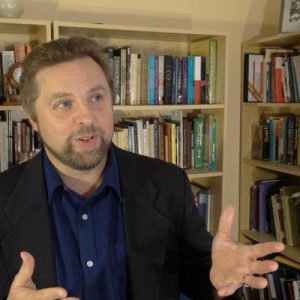 About the Authors
Steve Turley (Ph.D., Durham University) is an internationally recognized scholar, speaker, and blogger at TurleyTalks.com. He is the author of Awakening Wonder: A Classical Guide to Truth, Goodness, and Beauty and The Ritualized Revelation of the Messianic Age: Washings and Meals in Galatians and 1 Corinthians. Steve is a teacher of Theology and Rhetoric at Tall Oaks Classical School in Newark, DE, and Professor of Fine Arts at Eastern University.

Trump Ran Scared to Iraq, to Avert Coup Against Him