Home ABOMINATIONS The War on Populism

The War on Populism 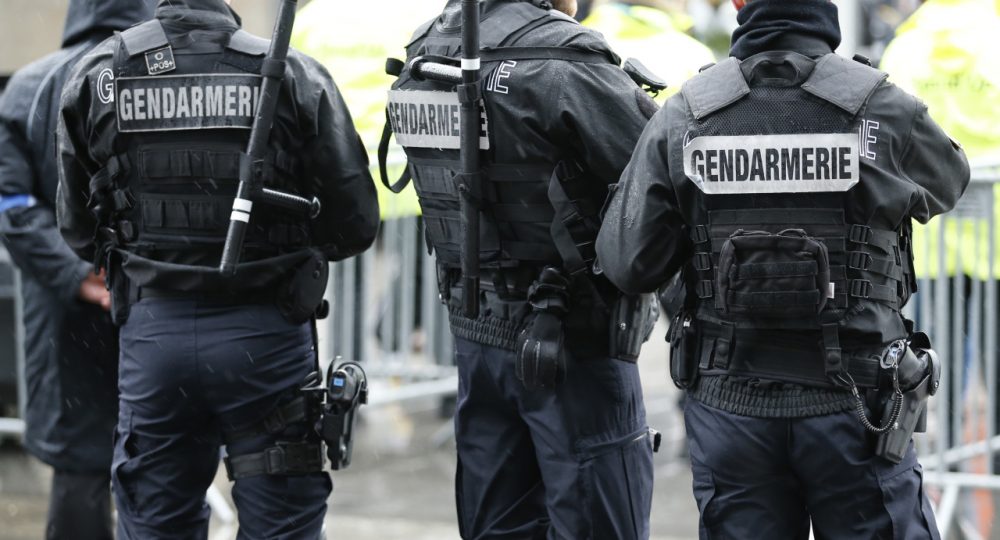 [dropcap]R[/dropcap]emember when the War on Terror ended and the War on Populism began? That’s OK, no one else does.

It happened in the Summer of 2016, also known as “the Summer of Fear.” The War on Terror was going splendidly. There had been a series of “terrorist attacks,” in Orlando, Nice, Würzberg, Munich, Reutlingen, Ansbach, and Saint-Étienne-du-Rouvray, each of them perpetrated by suddenly “self-radicalized” “lone wolf terrorists” (or “non-terrorist terrorists“) who had absolutely no connection to any type of organized terrorist groups prior to suddenly “self- radicalizing” themselves by consuming “terrorist content” on the Internet. It seemed we were entering a new and even more terrifying phase of the Global War on Terror, a phase in which anyone could be a “terrorist” and “terrorism” could mean almost anything.

This broadening of the already virtually meaningless definition of “terrorism” was transpiring just in time for Obama to hand off the reins to Hillary Clinton, who everyone knew was going to be the next president, and who was going to have to bomb the crap out of Syria in response to the non-terrorist terrorist threat. The War on Terror (or, rather, “the series of persistent targeted efforts to dismantle specific networks of violent extremists that threaten America,” as Obama rebranded it) was going to continue, probably forever. The Brexit referendum had just taken place, but no one had really digested that yet … and then Trump won the nomination.

Like that scene in Orwell’s 1984 where the Party switches official enemies right in the middle of the Hate Week rally, the War on Terror was officially canceled and replaced by the War on Populism. Or … all right, it wasn’t quite that abrupt. But seriously, go back and scan the news. Note how the “Islamic terrorist threat” we had been conditioned to live in fear of on a daily basis since 2001 seemed to just vanish into thin air. Suddenly, the “existential threat” we were facing was “neo-nationalism,” “illiberalism,” or the pejorative designator du jour, “populism.”

Here we are, two and a half years later, and “democracy” is under constant attack by a host of malevolent “populist” forces …. Russo-fascist Black vote suppressors, debaucherous eau de Novichok assassins, Bernie Sanders, the yellow-vested French, emboldened non-exploding mail bomb bombers, Jeremy Corbyn’s Nazi Death Cult, and brain-devouring Russian-Cubano crickets. The President of the United States is apparently both a Russian intelligence operative and literally the resurrection of Hitler. NBC and MSNBC have been officially merged with the CIA. The Guardian has dispensed with any pretense of journalism and is just making stories up out of whole cloth. Anyone who has ever visited Russia, or met with a Russian, or read a Russian novel, is on an “Enemies of Democracy” watch list (as is anyone refusing to vacation in Israel, which the Senate is now in the process of making mandatory for all U.S. citizens). Meanwhile, the “terrorists” are nowhere to be found, except for the terrorists we’ve been using to attempt to overthrow the government of Bashar al Assad, the sadistic nerve-gassing Monster of Syria, who illegally invaded and conquered his own country in defiance of the “international community.” 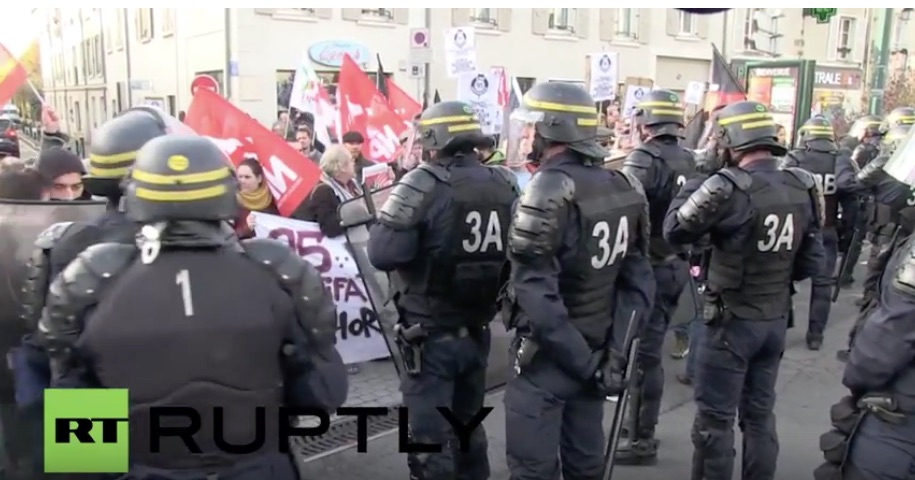 All this madness has something to do with “populism,” although it isn’t clear what. The leading theory is that the Russians are behind it. They’ve got some sort of hypno-technology (not to be confused with those brain-eating crickets) capable of manipulating the minds of … well, Black people, mostly, but not just Black people. Obviously, they are also controlling the French, who they have transformed into “racist, hate-filled liars” who are “attacking elected representatives, journalists, Jews, foreigners, and homosexuals,” according to French President Emmanuel Macron, the anointed “Golden Boy of Europe.” More terrifying still, Putin is now able to project words out of Trump’s mouth in real-time, literally using Trump’s head as a puppet, or like one of those Mission Impossible masks. (Rachel Maddow conclusively proved this by spending a couple of hours on Google comparing the words coming out of Trump’s mouth to words that had come out of Russian mouths, but had never come out of American mouths, which they turned out to be the exact same words, or pretty close to the exact same words!) Apparently, Putin’s master plan for Total Populist World Domination and Establishment of the Thousand Year Duginist Reich was to provoke the global capitalist ruling classes, the corporate media, and their credulous disciples into devolving into stark raving lunatics, or blithering idiots, or a combination of both.

But, seriously, all that actually happened back in the Summer of 2016 was the global capitalist ruling classes recognized that they had a problem. The problem that they recognized they had (and continue to have, and are now acutely aware of) is that no one is enjoying global capitalism … except the global capitalist ruling classes. The whole smiley-happy, supranational, neo-feudal corporate empire concept is not going over very well with the masses, or at least not with the unwashed masses. People started voting for right-wing parties, and Brexit, and other “populist” measures (not because they had suddenly transformed into Nazis, but because the Right was acknowledging and exploiting their anger with the advance of global neoliberalism, while liberals and the Identity Politics Left were slow jamming the TPP with Obama and babbling about transgender bathrooms, and such). 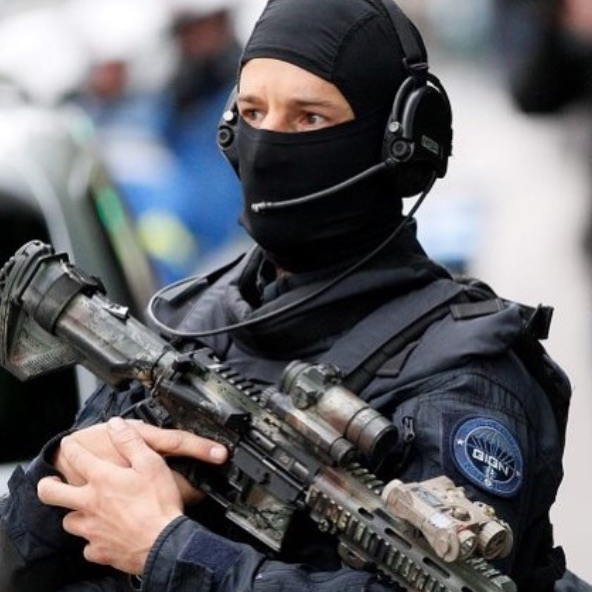 [dropcap]T[/dropcap]he global capitalist ruling classes needed to put a stop to that (i.e, the “populist” revolt, not the bathroom debate). So they suspended the Global War on Terror and launched the War on Populism. It was originally only meant to last until Hillary Clinton’s coronation, or the second Brexit referendum, then switch back to the War on Terror, but … well, weird things happen, and here we are.

We’ll get back to the War on Terror, eventually … as the War on Populism is essentially just a temporary rebranding of it. In the end, it’s all the same counter-insurgency. When a system is globally hegemonic, as our current model of capitalism is, every war is a counter-insurgency (i.e., a campaign waged against an internal enemy), as there are no external enemies to fight. The “character” of the internal enemies might change (e.g., “Islamic terrorism,” “extremism,” “fascism,” “populism,” “Trumpism,” “Corbynism,” et cetera) but they are all insurgencies against the hegemonic system … which, in our case, is global capitalism, not the United States of America.

The way I see it, the global capitalist ruling classes now have less than two years to put down this current “populist” insurgency. First and foremost, they need to get rid of Trump, who despite his bombastic nativist rhetoric is clearly no “hero of the common people,” nor any real threat to global capitalism, but who has become an anti-establishment symbol, like a walking, talking “fuck you” to both the American and global neoliberal elites. Then, they need to get a handle on Europe, which isn’t going to be particularly easy. What happens next in France will be telling, as will whatever becomes of Brexit … which I continue to believe will never actually happen, except perhaps in some purely nominal sense.

And then there’s the battle for hearts and minds, which they’ve been furiously waging for the last two years, and which is only going to intensify. If you think things are batshit crazy now (which, clearly, they are), strap yourself in. What is coming is going to make COINTELPRO look like the work of some amateur meme-freak. The neoliberal corporate media, psy-ops like Integrity Initiative, Internet-censoring apps like NewsGuard, ShareBlue and other David Brock outfits, and a legion of mass hysteria generators will be relentlessly barraging our brains with absurdity, disinformation, and just outright lies (as will their counterparts on the Right, of course, in case you thought that they were any alternative). It’s going to get extremely zany.

The good news is, by the time it’s all over and Trump has been dealt with, and normality restored, and the working classes put back in their places, we probably won’t remember that any of this happened. We’ll finally be able to sort out those bathrooms, and get back to paying the interest on our debts, and to living in more or less constant fear of an imminent devastating terrorist attack … and won’t that be an enormous relief?

DISCLAIMER: The preceding essay is entirely the work of Consent Factory Inc. in-house satirist and self-appointed political pundit, CJ Hopkins, and does not reflect the views and opinions of the Consent Factory, Inc., its staff, or any of its agents, subsidiaries, or assigns. If, for whatever inexplicable reason, you appreciate Mr. Hopkins’ work and would like to support it, please go to his Patreon page (where you can contribute as little $1 per month), or send your contribution to his PayPal account, so that maybe he’ll stop coming around our offices trying to hit our staff up for money. Alternatively, you could purchase his satirical dystopian novel, Zone 23, which we understand is pretty gosh darn funny, or any of his subversive stage plays, which won some awards in Great Britain and Australia. If you do not appreciate Mr. Hopkins’ work and would like to write him an abusive email, please feel free to contact him directly.

On Ideology: Do We Live In A Non Ideological Society & Can We Afford To Ignore It?