HELP ENLIGHTEN YOUR FELLOWS. BE SURE TO PASS THIS ON. SURVIVAL DEPENDS ON IT.
Patrick Martin
EXCERPTED 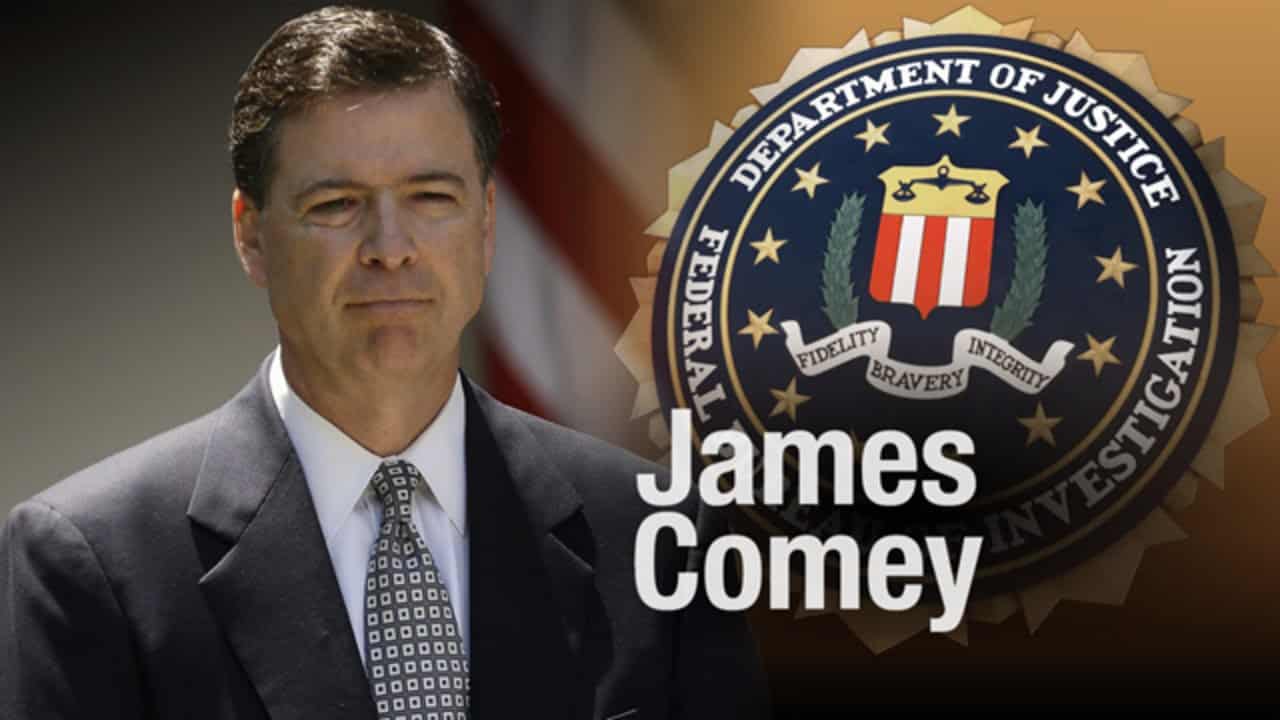 [dropcap]A[/dropcap] front-page article published Saturday in the New York Times revealing that the FBI secretly opened a counterintelligence investigation into President Donald Trump after he fired FBI Director James Comey has laid bare a massive police state conspiracy by the US intelligence agencies.

The Times published the article in an effort to revive the anti-Russia campaign against Trump, promoting the unsubstantiated and highly dubious claim that Trump is a Russian agent. The facts presented in the Times report are, in reality, far more damning of the FBI than of Trump.

Despite the newspaper’s intentions, the picture painted by the Times of the FBI is alarming. The Times depicts a highly politicized intelligence agency whose officials carefully monitor the activities of the two main capitalist parties, keeping a vigilant eye out for any deviations from the national security consensus in Washington.

The Times claims that Trump “had caught the attention of FBI counterintelligence agents when he called on Russia during a campaign news conference in July 2016 to hack the emails of his opponent, Hillary Clinton.” Given that this was a sarcastic campaign remark directed against Clinton’s use of a private email server while she was secretary of state, and delivered at a public news conference, Trump’s sally can hardly be construed as evidence of a conspiracy.

By what constitutional authority can the FBI, based on political positions adopted by one or the other of the two main capitalist parties, open up a secret investigation into treason and conspiracy?

The Times article goes on to describe how FBI officials monitored the platform adopted at the Republican National Convention, reporting that the spy agency “watched with alarm as the Republican Party softened its convention platform on the Ukraine crisis in a way that seemed to benefit Russia.” That is, the nation’s top police agency was concerned that the positions adopted contravened certain basic tenets of dominant sections of the foreign policy establishment.

By what constitutional authority can the FBI, based on political positions adopted by one or the other of the two main capitalist parties, open up a secret investigation into treason and conspiracy? Such an operation bespeaks a police state and recalls the methods of the Gestapo.

The agency also investigated four of Trump’s campaign aides over possible ties to Russia, and even made use of the notorious Steele dossier, consisting of anti-Trump gossip collated from Russian sources by a former British intelligence agent on the payroll of the Democratic Party.

After Trump fired Comey, according to the Times, “law enforcement officials became so concerned by the president’s behavior that they began investigating whether he had been working on behalf of Russia against American interests… Counterintelligence investigators had to consider whether the president’s own actions constituted a possible threat to national security. Agents also sought to determine whether Mr. Trump was knowingly working for Russia or had unwittingly fallen under Moscow’s influence.”

The operations of the FBI, encouraged, aided and abetted by the Times, recall the paranoid rantings of the John Birch Society, the ultra-right group formed in the 1950s, whose founder, Robert Welch, notoriously claimed that President Dwight D. Eisenhower, the former World War II commander of Allied forces in Europe, was a “a dedicated, conscious agent of the Communist conspiracy.”

Claims that once were the province of an extremist group, on the fringes of American politics, are now embraced by the military-intelligence apparatus, appear on the front page of the most influential American daily newspaper, and dominate the network and cable television news.

But these allegations have no credibility. Why should anyone believe claims that Trump, at age 70, after decades as a real estate mogul, con man and media celebrity, with a billion-dollar fortune, suddenly decided to throw in his lot with Vladimir Putin? Even the Times report itself concedes, in a single sentence buried in the 2,000-word text, “No evidence has emerged publicly that Mr. Trump was secretly in contact with or took direction from Russian government officials.”

While there is no evidence of a conspiracy between Trump and Moscow, the Times report itself is evidence of a conspiracy involving the intelligence agencies and the corporate media to overturn the 2016 presidential election—which Trump won, albeit within the undemocratic framework of the Electoral College—and install a government that would differ from Trump’s chiefly in being more committed to military confrontation with Russia in Syria, Ukraine and elsewhere.

A secret security investigation by a powerful police agency directed against an elected president or prime minister can be described as nothing other than the antechamber to a coup by the military or intelligence services.

Historically, the FBI has been at the center of such dangers in the United States. Its founding director, J. Edgar Hoover, was notorious for his unchecked power, particularly during the period of the McCarthy anticommunist witch hunt, when he accumulated dossiers on virtually every Democratic and Republican politician and authorized widespread spying on civil rights and antiwar groups.

President John F. Kennedy was so concerned that he installed his brother Robert as attorney general—and nominal superior to Hoover—to keep watch over the bureau. That did not save Kennedy from assassination in 1963, an event linked in still undisclosed ways to ultra-right circles, including Cuban exiles embittered by the Bay of Pigs disaster, Southern segregationists, and sections of the military-intelligence apparatus up in arms over Kennedy’s signing of a nuclear test ban treaty with Moscow.

The New York Times report—and a companion piece published Sunday in the Washington Post claiming that Trump has kept secret key details of his private conversations with Putin—serve to legitimize antidemocratic and unconstitutional conduct by the military-intelligence apparatus.

These reports shed light on the striking complacency in the “mainstream” media over Trump’s threats to declare a national emergency, using the pretext of his conflict with congressional Democrats over funding of a border wall, which has led to a three-week-long partial shutdown of the federal government.

If one takes for good coin the main contention of the reports by the two newspapers, their acquiescence in a potential Trump declaration of emergency rule is inexplicable. After all, if Trump is Putin’s agent, then a Trump declaration of a state of emergency, giving him sweeping, near-absolute authority, would put the United States under the control of Moscow.

The explanation is that the Times and the Post welcome the discussion of emergency rule, to prepare the forces of the state for coming conflicts with the working class. Their only disagreement with Trump is over which faction of the ruling elite, Trump or his opponents in the Democratic Party, should direct the repression.

One thing is certain: if Trump declares a national emergency, or if, as the Postsuggested in an editorial, his opponents in the ruling elite declare a national emergency over alleged Russian “meddling” as part an effort to remove him, it will represent an irrevocable break with democracy.

It is impossible to determine which side in this sordid conflict is more reactionary. The working class is confronted with two alternatives: either the present political crisis will be resolved by one faction of the ruling elite moving against the other, using the methods of palace coup and dictatorship, whose essential target is the working class, or workers will move en masse against the political establishment as a whole and the capitalist system that it defends.

ABOUT THE AUTHOR
The author is a senior editor with wsws.org, a Marxian publcation.

The Joke’s on You—(Don’t ever say Steve Almond didn’t warn you).