The Coming Onslaught Of Government Repression 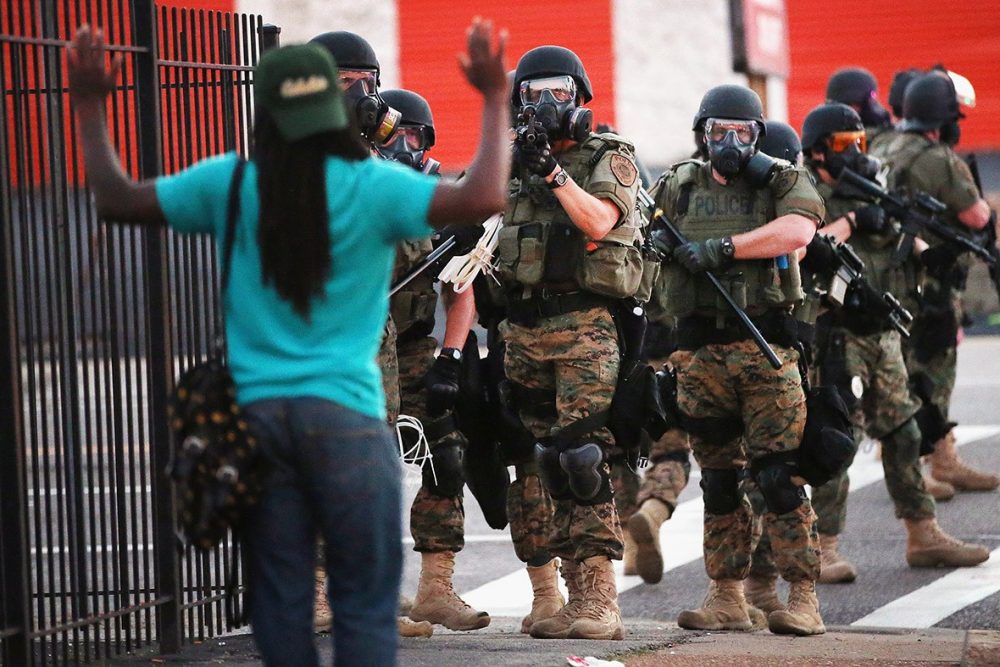 In 2015, a year into the ongoing lead contamination crisis that was created by the greed of Michigan governor Rick Snyder and his government, the U.S. military started carrying out war games in Flint, Michigan. Residents learned about the war games either at the last minute or after they started happening. The exercises, as seen on the video below, included ammunition and explosives, which were fired into the city’s thousands of abandoned homes.

Copyright Disclaimer: Under Section 107 of the Copyright Act 1976, allowance is made for "fair use" for purposes such as criticism, comment, news reporting, teaching, scholarship, and research. Fair use is a use permitted by copyright statute that might otherwise be infringing. Non-profit, educational or personal use tips the balance in favor of fair use.

For weeks, dilapidated homes were attacked by an undisclosed number of troops, as well as by bombs and rocket-propelled grenades. It was like a war zone. As one Flint resident reported while being interviewed for Michael Moore’s Fahrenheit 11/9: “No one in Flint was warned in advance that they would now be used for target practice. A few things broke in our house. Glass started to fall off the table and stuff.”

This is a snapshot of the future that the vast majority of Americans will be subjected to if militarism and corporate capitalism aren’t defeated. The deindustrialization of Flint and Detroit in the 1980s was a blueprint for the destruction that’s since been wreaked on the rest of working-class America, and on the other places around the globe where neoliberalism has been imposed. 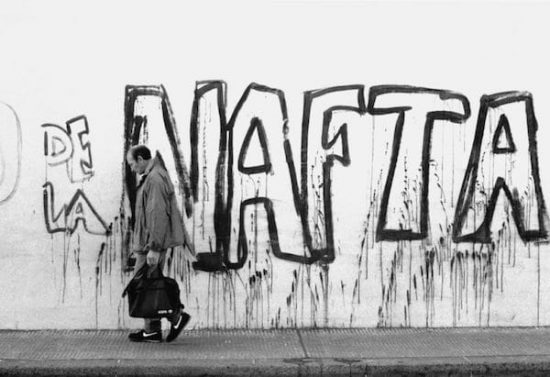 America has been deindustrialized on a massive scale while “free trade” has devastated the economies of the countries where the jobs have been exported to. The middle class has been hollowed out to the point where most Americans can’t find $500 in an emergency. The U.S. is in a state of record, and ever-increasing income inequality. Next, the country will follow Flint’s fate both in terms of its economic victimization and in terms of its conversion into a plaything for the military.

This tyranny has in many ways already emerged. Tanks and other army equipment have been normalized in America’s police departments, with leftover material from the U.S.’ endless wars often being the direct source for this influx of military gear. Police in America regularly kill hundreds of people, with 995 having been killed by them in 2018 according to the Washington Post and 987 having been killed in 2017 according to the same source.

The annual police killings in countries like China are tiny compared to those of the United States, reflecting the fact that America’s prison population is unsurpassed by any other country. The police can usually kill innocent people with impunity, they can arrest primarily black and poor people for trivial offenses, and in many cities and towns, they can seize people’s property when the person hasn’t even committed a crime.

The police were created to protect the interests of the rich while keeping the poor submissive. So as the rule of the elites is threatened in the coming years by climate change, the unraveling of the capitalist global economy, and mass uprisings, the police will further fuse with the military to put society into brutal lockdown.

We can tell that a population is up next, primed to be targeted by military force when that population has been disempowered and devalued. The poor black communities of Flint have virtually no political power, and many of Flint’s residents can’t move away because no one wants to buy homes that are contaminated with lead. And since the rest of America’s poor people are in a similarly vulnerable position, it’s predictable that they’re the targets of America’s police state. This trend of government surveilling, terrorizing, and imprisoning those without power is now being exacerbated by the increasing cruelty of the Trump era.

As the scholar Henry Giroux writes, Trump puts forth a “racist language of pollution” that devalues the lives of immigrants, racial minorities, and the poor to justify our society’s destructive model of neoliberal fascism.

“The ruthless ideologies and policies of a fascist past are with us once again, and the warning signs can be seen in the emergence of the normalizing discourses of pollution and disposability,” assesses Giroux. “As a central element of neoliberalism, the discourse of disposability signals a society in which certain people are viewed as throwaways. Meanwhile, the discourse of pollution suggests a mode of dehumanization that enables policies in which people are relegated outside the boundaries of justice and become the driving force for policies of terminal exclusion. These terms represent a merging of neoliberalism and fascist politics.”

The children in these devalued populations, observes Giroux, are the prime targets of this campaign of violence. He writes:

“In the age of Trump, children of undocumented workers are stripped of their humanity, caged in internment camps, sometimes sexually abused and subjected to the unethical grammars of state violence. Sometimes they lose their lives, as did two children from Guatemala who died while in custody of Customs and Border Protection: seven-year-old Jakelin Caal and eight-year-old Felipe Gómez. In this way, the dual logic of disposability and pollution becomes the driving force of the machinery of social death. Removed from the sphere of justice and human rights, undocumented children occupy a ruthless space of social and political abandonment beyond the reach of human rights. This is a zone in which moral numbness becomes a central feature of politics, power, and governance.”

The Trump-manufactured government shutdown, and the other tactics Trump’s White House is using to force through its agenda for a border wall, fulfill the escalation of state repression that was foreshadowed in Flint’s war games. The poor, who are the only ones that get hurt when America’s government shuts down, are under threat of losing food stamps and health care programs.

Many federal employees are being driven into poverty by the deprivation of their pay that the shutdown has created. Families fleeing dangerous conditions in their home countries are being demonized by the president as rapists, murderers, and drug dealers-all as part of Trump’s attempts to justify escalations of his war on migrants. And Trump is threatening to declare a national emergency so that he can build the wall, an action which could enable him to impose martial law and mobilize the military to carry out repression in the homeland.

As Chris Hedges was written, “Totalitarian rule always elevates the brutal and the stupid.” This is being shown in the fact that Rush Limbaugh, Sean Hannity, and Ann Coulter have apparently engineered the shutdown by urging Trump to carry it out. It’s appropriate that for decades, these and other right-wing leaders have been demonizing poor and vulnerable people while defending civil liberties violations like waterboarding and illegal Guantanamo detentions. What comes next is the logical conclusion of their twisted vision for America.

Unless we replace the system, the system will consume itself. Trump will keep manufacturing crises, possibly through repeated declarations of emergency, to erode the remaining democratic pretenses. Violence from militarized police and… Click To Tweet Our remaining liberties will be taken away. Our fascist-minded leaders, provoked by a strained and declining American empire, will keep pouring resources into bigger military budgets, more surveillance, and more army equipment for police. Corporations will keep assisting in this crackdown by supplying the weapons and the spying technology. As climate change and other crises destabilize the country, we’ll see more and more versions of Flint, where the government’s military is sent into America’s poor communities to enforce order.

Trump and the other architects of this takeover can’t talk about this clearly emerging future. They need to keep their supporters-and themselves-in a state of myopia about the direction that the world is heading in, and in a zealous commitment to maintaining “free markets” and “law and order.” As Chris Hedges writes in his book America: The Farewell Tour:

“The American empire is coming to an end. The nation has lost the power and respect needed to induce allies in Europe, Latin America, Asia, and Africa to do its bidding. Add the mounting destruction caused by climate change and you have a recipe for an emerging dystopia. Overseeing this descent at the highest levels of the federal and state governments is a motley collection of imbeciles, con artists, thieves, opportunists, and warmongering generals. And to be clear, I include Democrats.”

We can reverse this by building social movements that fight corporate power, racism, environmental exploitation, and imperialism. And by making their violence more and more brazen, our rulers are making this easier for us. This is because when the American empire stops trying to hide its brutality, people can see the empire for what it really is.

ABOUT THE AUTHOR
Rainer uses the written word to deconstruct establishment propaganda and to promote meaningful political action. His articles can also be found at Revolution Dispatch.