Who is Democratic Senator Kamala Harris? 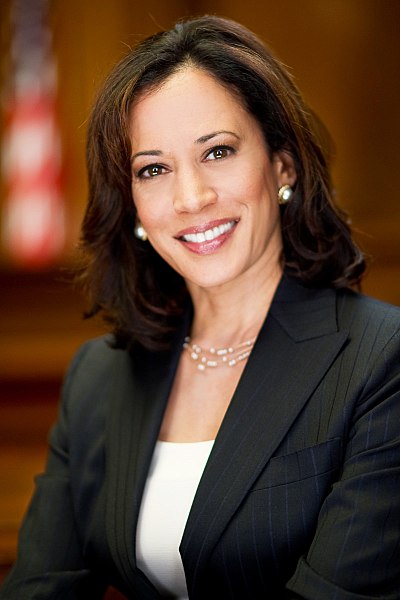 On Monday morning, Democratic Senator Kamala Harris announced on “Good Morning America” that she would be running for president in the 2020 elections. The announcement was timed to coincide with Martin Luther King Jr. Day in order to emphasize Harris’s identity as an African-American woman.

Her website and the news media repeatedly emphasize this part of her campaign, introducing her as “the second African American woman in history to be elected to the US Senate, and the first African American and first woman to serve as Attorney General of the state of California.”

The host of “Good Morning America,” George Stephanopoulos, set the tone for her announcement with his first question, “What qualifies you to be commander-in-chief?”

One can imagine the reaction of Dr. King, who declared the US government “the greatest purveyor of violence in the world today,” had he been present to hear this member of the Senate Intelligence Committee talk about the country’s “moral authority” and her promise to always include national security as “one of the highest priorities.”

Harris returned to this point repeatedly, emphasizing what the “American people” do and do not want in a commander-in-chief. In addition to national security, Harris emphasized her background as a district attorney, defending law enforcement and being “smart on crime.”

Harris is widely regarded as a top contender for the Democratic nomination and has been boosted over the years by political endorsements from top Democrats, like former President Obama and current senator from New Jersey, Cory Booker, mentioned in the media as a likely rival for the presidential nomination.

In her political career as a prosecutor, Harris worked closely with law enforcement, as an assistant district attorney in Alameda County (Oakland), then as district attorney of San Francisco (2003-2010), and finally as California state attorney general from 2010 until her election to the Senate in 2016. At every stage she carried out her work as expected, sending ordinary people to jail, blocking exculpatory evidence, defending unconstitutional practices and preventing prosecution of the wealthy.

Harris was born in Oakland, California in 1964 to a Jamaican father and a Tamil mother. Her father was a Stanford University economics professor and her mother a medical researcher. Harris completed her bachelor’s degree at Howard University in Washington DC and then her law degree at UC Hastings in 1989, and went to work almost immediately as the deputy district attorney in Alameda County. In a 2016 interview with the New York Times, Harris said she wanted to work in the DA’s office in order to be “at the table where the decisions are made.”

She began to gain public prominence in 2003 when she won the election for district attorney of San Francisco. As DA she campaigned for criminal penalties for parents with truant elementary school children, up to a $2,000 fine and a year in jail. Although presenting herself as a reformer looking to clean up injustice, Harris’s record holds all the usual dirty tricks used by law enforcement. In 2010, a Superior Court judge issued a scathing ruling that Harris’s office had failed in their constitutional duty to give defendants relevant information about the credibility of prosecution witnesses. Internal memos showed that the DA’s office did not convey their suspicion that an employee in the drug analysis section of the police lab was intentionally falsifying information. Only after the scandal became public, did Harris’s office drop prosecution in over 600 drug cases that relied on that technician.

Harris assumed office as attorney general of California in 2011, but her record remained deeply conservative. Her campaign site brags about her record of criminal justice reform and defense of homeowners from foreclosures, but that is far from the case.

In 2014 she appealed the ruling of a federal judge in Orange County that the death penalty was unconstitutional, stating the decision “undermines important protections that our courts provide defendants.”

On the issue of police violence she has consistently sided with police, notably arguing “the left has to get over its bias against law enforcement.” In 2015 she opposed a bill that would require her office to investigate police shootings. She further opposed calls for statewide standards on the use of body cameras by police.

She has defended the state’s intrusive, familial DNA investigation policies, where the police compare DNA at a crime scene to a broad database and begin investigating any potential relatives of the suspect. Significantly, the database is not limited to those who have committed crimes but can include those simply detained by police.

She further sought to expand California’s civil forfeiture laws, which allow the police to seize assets they claim are related to crimes, and opposed a ballot measure that would limit the state’s “three strikes” law which allows life sentences for non-violent crimes.

Although Harris claims she “achieved landmark results” by “fighting the Wall Street banks” and winning a large settlement following the Great Recession. Her office refused to prosecute blatant foreclosure fraud being carried out by OneWest Bank, run by then CEO Stephen Mnuchin, now Trump’s secretary of the treasury.

The Intercept obtained a 2013 internal memo by state investigators cataloguing the systematic falsification of foreclosure documents, including the backdating of signatures to before OneWest was founded in 2009. Out of an initial examination of 913 documents, investigators found that 909 were falsified. They estimated that a full investigation of OneWest would yield 5,600 violations of foreclosure sales, auctions, and backdating in nearly every one of the 35,000 foreclosures the bank had carried out by 2012. Harris’s office never pursued the matter.

In her 2016 senate bid, Harris was the only Democratic candidate for Senate to whom Mnuchin donated money. He was joined by at least one other OneWest investor, billionaire George Soros.

As a senator, Harris has mostly been associated with criticizing the Trump administration and defending the Affordable Care Act, the Obama administration’s counter-reform which has been an immense windfall to insurance agencies. She participated in the demands with other leading senators that Senator Al Franken resign over allegations of sexual misconduct. After his resignation, she took over his seat on the Senate Judiciary Committee—a high profile position that she put to good use during the hearings on the confirmation of right-wing Supreme Court Justice Brett Kavanaugh.

As a member of the Senate Intelligence Committee—whose longtime ranking Democrat was her colleague from California, Dianne Feinstein—Harris oversees the vast criminal activity of the FBI and CIA, including the FBI’s political investigation into the Trump administration. She stands as a traditional Democratic Party defender of US imperialist interests, and workers can expect nothing else from her in her campaign for president.

Obama in skirts doesn't seem to turn anyone on—yet.

ABOUT THE AUTHOR
The author works for wsws.org, a Marxian publication.

Blitz history: On Lenin and the Russian Revolution

Oxfam: 26 billionaires control as much wealth as poorest half of humanity