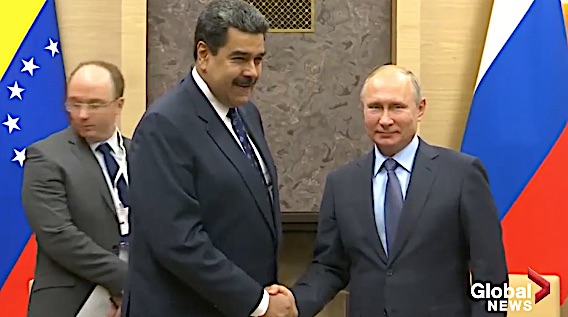 MOSCOW, Russian Federation – Russian authorities have rolled out a two-part plan to help its strategic partner, Venezuela, out of the deep crisis. The first is aimed immediately at security stability, and involves the use of Kremlin-approved Russian mercenaries from the Wagner corp. Reuters reported earlier today:

“Private military contractors who do secret missions for Russia flew into Venezuela in the past few days to beef up security for President Nicolas Maduro in the face of U.S.-backed opposition protests, according to two people close to them.

A third source close to the Russian contractors also told Reuters there was a contingent of them in Venezuela, but could not say when they arrived or what their role was.

Russia, which has backed Maduro’s socialist government to the tune of billions of dollars, this week promised to stand by him after opposition leader Juan Guaido declared himself president with Washington’s endorsement.

It was the latest international crisis to split the global superpowers, with the United States and Europe backing Guaido, and Russia and China urging non-interference.”

As a note of correction, the EU recognizes that  Maduro is president of Venezuela, despite unofficial or personal statements expressed by various EU or European leaders, and the Reuters report here is in serious error.

In connection with this, is the previous December 6th 2018 weapons agreement. Venezuela and Russia had signed several multi-billion dollar contracts during the visit of the Venezuelan delegation led by President Nicolas Maduro to Moscow.

“Today, the contracts have been signed to guarantee investments exceeding $5 billion with our Russian partners in joint ventures to ramp up crude oil production,” he said. “In addition, we are guaranteeing an investment of over $1 billion for the mining sector, mostly in gold production.”

The Venezuelan President also said that a deal on supplies of Russian wheat to the South American country has been signed during his visit to Moscow along with a contract on the maintenance of weapons.

“We… have signed a contract to ensure supplies of 600,000 tonnes of wheat for Venezuelan people,” he stated, pointing out that the supplies are guaranteed for “2019 and onwards.” “Furthermore, a contract has been signed to provide assistance, maintenance and repair of weapons of the Bolivarian Republic of Venezuela.”

These are generally understood as a reference to the S-300 and S-400 system, which Venezuela will need to obtain – more urgently so now that the U.S will likely soon be threatening ‘targeted precision strikes’ on ‘government and military targets’ to ‘hasten Maduro’s stepping down’.

The second part of the plan involves a four point economic revision.

According to the Russian publication the Bell , citing sources in Russian government, Venezuela’s economy is in collapse and inflation reached about 1,300,000% last year.

There are four main points in the proposed package of measures.

First, Russian economists offer to introduce a basic income for Venezuelan households. They claim a basic income is a more effective measure to combat poverty than fuel subsidies that the government intended to introduce beginning January 1, 2019. “Real money can be spent both on fuel and the household necessities,” said an interlocutor familiar with the proposals.

Second, Russian officials propose to stop funding the budget deficit with new currency. In August last year, Maduro removed five zeroes from the currency and reissued it as the “sovereign bolivar,” but without any actions to reduce the budget deficit, the currency soon lost 95% of its value against the dollar.

The fourth measure proposed by Russia involves an increase in oil production and maximum export diversification.

It is not known if the Venezuelan government is ready to implement the recommendations of Russian officials, the news outlet reports. However, they got the important things they needed from Russia after the meeting with Maduro in early December. As a result of the talks, Maduro stated, Russia is investing over $5 billion into Venezuela’s oil industry and over $1 billion into the mining industry. Russia will also supply 600,000 tons of grain to the country.

From 2006, the Russian government and Russian oil giant Rosneft provided at least $17 billion in loans to Caracas. 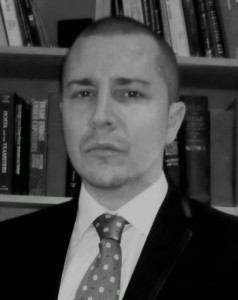 Joaquin Flores is Editor-in-Chief of Fort Russ News, as well as the Director of the Belgrade based think-tank, the Center for Syncretic Studies. Educated at California State University, Los Angeles, in the field of International Relations, he previously served as Chief Negotiator and Internal Organizer in several jurisdictions for the SEIU labor union in California. Flores has twenty years experience in community, labor, and anti-war organizing. Flores has appeared regularly on Iran’s ‘PressTV’ and Russia’s ‘RT’ news to share his expert opinion and analysis on current geopolitical matters.

Former U.N. Expert: The U.S. Is Violating International Law by Attempting a Coup in Venezuela