HELP ENLIGHTEN YOUR FELLOWS. BE SURE TO PASS THIS ON. SURVIVAL DEPENDS ON IT.
Definitely NOT funny.
The brainwash of clueless liberals continues 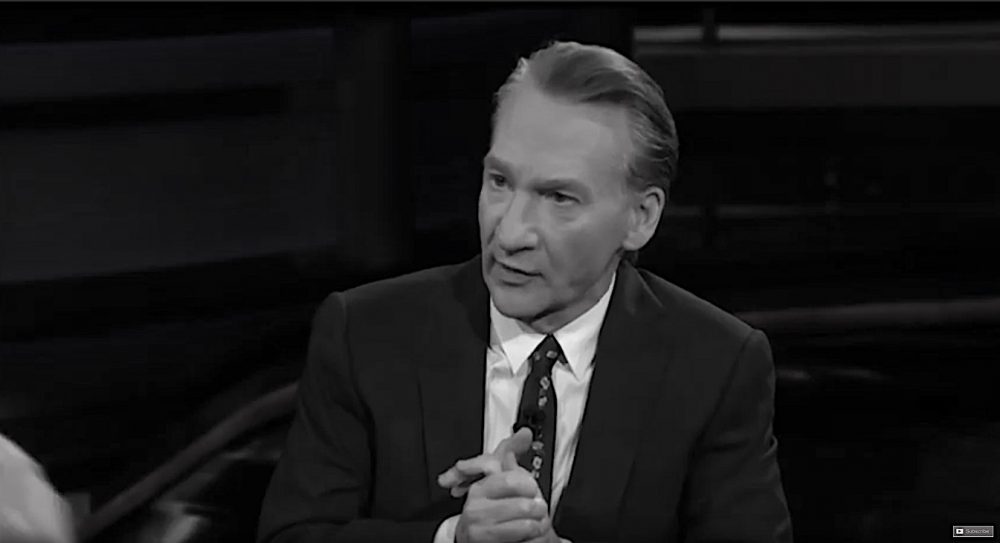 Bill Maher applauded the US-led coup in Venezuela: "This was the Monroe Doctrine! This is our backyard!" (Credit: TGP screengrab-YouTube)

Pro-war liberal pundit Bill Maher endorsed the US-led coup in Venezuela with blatant neocolonial language: “This was the Monroe Doctrine! This is our backyard!”

Hiding behind Trump's odiousness—he's also an indefatigable and shameless Russiagater.

Maher made these comments in a January 25 interview with his self-declared “frenemy,” ultra-conservative pundit Ann Coulter, who strongly supports Donald Trump, advances the far-right “white genocide” conspiracy, and pals around with white nationalists.

In the interview, Maher advanced the Russiagate conspiracy that Trump “is working with a foreign adversary.” Maher insisted that the United States is effectively at war with Russia, claiming “we didn’t win” the Cold War; “it’s still Russia.” And the liberal pundit claimed that “the president is a traitor who is in their camp.”

As an example of this, Maher pointed to the ongoing coup in Venezuela, where the US and its right-wing allies are trying to overthrow the leftist government of President Nicolás Maduro and replace him with an unelected opposition leader, Juan Guaidó, who hopes to implement neoliberal capitalist policies and privatize the oil-rich country’s state assets.

“Today, Venezuela — this is the front page of the New York Times — Venezuela, okay, they have a guy, an opposition leader who finally stood up, and we are backing him. And Russia warned us to back off because they’re backing the dictator. This was the Monroe Doctrine! This is our backyard! And Russia is now telling us to back off of what goes on in Venezuela, because they know they can? Because they’re so emboldened? That doesn’t bother you? You’re the patriot?”

The Grayzone previously produced a video documenting Bill Maher’s hateful right-wing views. You can watch it below. Note that would-be viewers are first presented with a transparently hypocritical PC-liberal inspired warning by Google:

Clicking this damned thing off, finally gives us access to the material we want to see:

Appendix
Here's the entire show, which is also worth inspecting, as Maher provides further evidence of his deviousness. But what can we expect from multimillionaires like Maher or Colbert? To speak truth to the masses? Let us not forget Maher—a prominent Democrat— gave millions to Obama and Hillary. These are people who have to be approached as one approaches a venomous animal, with extreme caution.

The very same "journalist"-stenographers who rewrote government press releases and spewed propaganda to help justify regime-change wars in Iraq, Libya, and Syria are now obediently pushing for the same in Venezuela.

And they're even using the same tacticshttps://t.co/DSSiiUlIDo

Ben Norton is a journalist and writer. He is a reporter for The Grayzone, and the producer of the Moderate Rebels podcast, which he co-hosts with Max Blumenthal. His website is BenNorton.com, and he tweets at @BenjaminNorton.
https://bennorton.com