Mister Charlie Told Me So

[dropcap]S[/dropcap]ay what you will about the current zeitgeist, at least it’s often entertaining … albeit in a psychotic Charlie Manson kind of way. Last week, for example, when Russian Hitler ordered Russian-intelligence-asset Hitler to support a coup against Venezuelan Hitler (i.e., Russian Hitler’s South American ally) to distract attention from Smirkboy Hitler and his acne-faced army of MAGA hat-wearing Catholic high-school Hitler Youth. That was entertaining … or something.

American Russian-intelligence-asset Hitler, who probably couldn’t find Venezuela on a map, nonetheless officially recognized Guaidó as the legitimate President of Venezuela, as did the majority of the Western corporate media, despite the fact that he had been elected by no one and did not have the backing of his country’s military (which, normally, when you’re staging a military coup, it’s kind of a good idea to have). The UK, France, Germany, Spain, and other members of the “international community” demanded that Venezuela hold new elections, or else they too will recognize Guaidó, or any other neoliberal puppet Russian-intelligence-asset Hitler decides is the President of Venezuela. 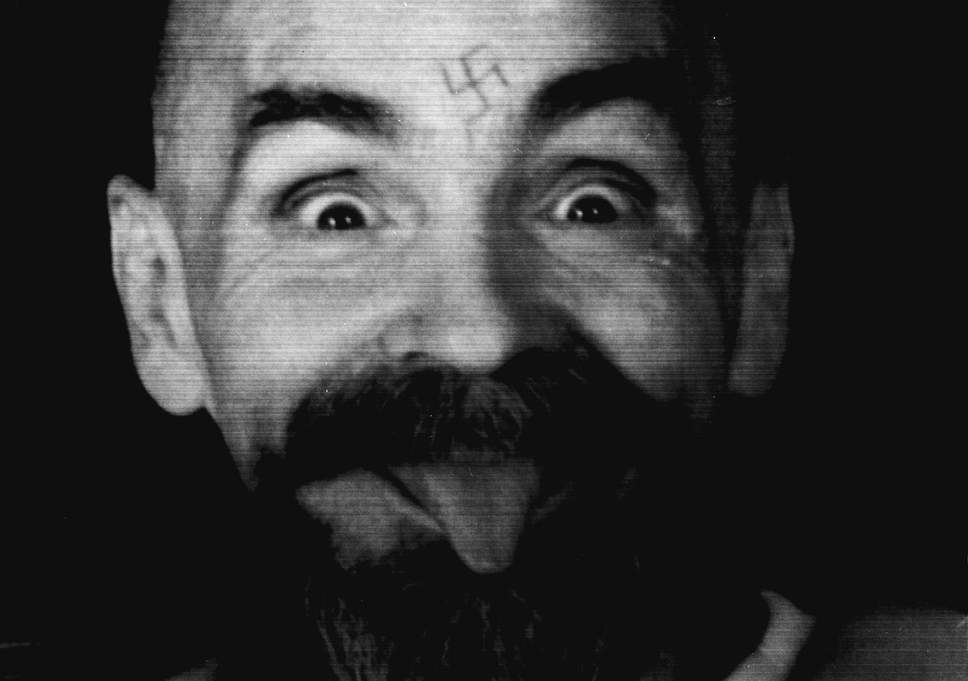 The anti-Russian-intelligence-asset-Hitler Resistance® in the United States suspended their imaginary guerrilla war against Russian-intelligence-asset Hitler in solidarity with the Venezuelan people, who are being brutally oppressed by Venezuelan Hitler, who is a close personal friend of Russian Hitler, and who they reelected president in the spring of last year (i.e., Venezuelan Hitler, not Russian Hitler) against the advice of American Hitler, the deep state goons that are trying to destroy him, and assorted transnational oil corporations like ExxonMobil, Chevron, and Equinor, not to mention all the global financial institutions which are eager to help the Guaidó government democratically restructure and privatize the country.

The weird thing is, Russian Hitler, who presumably ordered American Hitler to support this coup against Venezuelan Hitler, is now supporting Venezuelan Hitler. Which can only mean that this whole ridiculous attempted Hilter-on-Hitler coup thing is a ruse intended to distract our attention from MAGA hat-wearing Smirkboy Hitler and his Catholic high-school Hitler Youth army, who have clearly been “emboldened” by American Hitler to hunt down elderly Native Americans and attempt to literally smirk them to death.

“If all that sounds completely insane and impossible to follow, that’s because it is. We have reached a stage in the War on Populism where the global capitalist ruling classes and their mouthpieces in the corporate media are no longer even trying to appear to make sense…”

That, or possibly Russian Hitler ordered Russian-intelligence-asset Hitler to orchestrate this coup against Venezuelan Hitler (which Russian Hitler had always intended to thwart) to distract attention from the latest explosive “bombshell” corporate media story about Washington sleazebag Roger Stone’s non-connection to Julian Assange, who American Hitler now wants to prosecute for helping to get him (i.e., American Hitler) elected president with those emails that Russian Hitler stole from Clinton’s campaign manager, and who, according to anonymous fictive sources is not a nice person and doesn’t smell too good (i.e., Assange, not Clinton’s campaign manager).

Or maybe Russian Hitler ordered Russian-intelligence-asset Hitler to back the coup against Venezuelan Hitler to distract our attention from Bernie Sanders, who apparently is also a Russian agent now, or an insidious Kremlin-Trump operation, or is working with Tulsi Gabbard to assemble an army of blood-drinking Hindu nationalists, genocidal Assadists, and American Nazis to help the Iranians (and the Russians, of course, and possibly also Jeremy Corbyn) frontally assault the State of Israel and drive the Jews into the sea!

If all that sounds completely insane and impossible to follow, that’s because it is. We have reached a stage in the War on Populism where the global capitalist ruling classes and their mouthpieces in the corporate media are no longer even trying to appear to make sense, or address people on any kind of rational level. Reading the so-called “serious” press and watching corporate television news is like having a bunch of paranoid psychotics tripping monkey balls on DMT jabbering strangely familiar-sounding contradictory nonsense at you … which, apart from its entertainment value, happens to be a standard technique cults use to scramble the minds of new members.

It’s a standard technique because it works.

It doesn’t have anything to do with intelligence. Intelligent people make excellent cult members, primarily because they are given to trying to make sense out of apparent nonsense, which professional cult leaders understand and count on. Listen to Charlie Manson “rapping.” What might appear to be free associative gibberish is actually a calculated effort to short-circuit rational thought in the listener and force them to try to piece together the bits of truth sprinkled into the nonsense. (Of course, it helps if you listen to Charlie ripped out of your gourd on acid, but sheer repetition also works, especially if the people doing it look a little more “normal” than Charlie.)

This mind-scrambling technique is what we are being subjected to, more or less around the clock, not by some Processean grifter, but by the so-called serious corporate media. The steps involved are relatively simple:

(1) authoritative person or persons jabbers irrational nonsense at us, and behaves as if the nonsense were a rational argument;

(2) our minds are faced with a choice – either accept the nonsense as a rational argument or challenge the authority of the authoritative person (which most of us are reluctant to do, because of negative social and financial consequences);

(3) having chosen to believe that the nonsense the authoritative person is spewing at us must somehow amount to a rational argument, our minds begin to struggle to make sense out of the nonsense, which allows the authoritative person to provide us with some simplistic narrative revealing the “truth” and invariably featuring some evil enemy (i.e., Russians, Jews, Body Thetans, etc.), which relieves the acute discomfort we are feeling.

In a cult (or, you know, a cult-like society), this process is repeated, over and over, and then reinforced by positive feedback from other members of the cult (or society). The process is designed to prevent us from ever achieving enough perceptual distance to accurately hear, and critically evaluate, the nonsense authoritative persons are feeding us. If we ever accidentally manage to do so, we are promptly serenaded by a chorus of voices shouting mind-numbing platitudes at us, and threatening us with ostracization, and so on. Over time, we learn to stop thinking critically and just trust whatever the authoritative persons we have surrendered our autonomy to are telling us. The official narratives of the cult (or society), no matter how irrational or totally psychotic, become our reality, or “just the way it is.”

This is why it is relatively easy to recognize this process at work in cults (or social groups) we don’t belong to, but very difficult to perceive in those we belong to. For example, if you’re a creature of the left, as I am, it’s entertaining (or maybe horrifying) to listen to people on the right babbling about caravans of Mexican terrorists that the International Conspiracy of Jews is paying to assault our borders, or kill-crazy lesbians who are getting pregnant and waiting to abort their full-term pregnancies just to spit in the faces of good pro-life Christians. But is that stuff really any more insane than believing Donald Trump is a Russian agent, or that the United States is on the brink of fascism, or that a Catholic teenager in a MAGA hat poses some existential threat to democracy, or any of the other hysterical nonsense the liberal corporate media have been disseminating?

If you seriously believe in any of that stuff, sorry, but I don’t know how to help you. I’m not a professional cult deprogrammer. Nor do I have any “truths” to offer you, except maybe beware of those who do. There are a lot of Mister Charlies out there, and they don’t all look like homicidal hippies with swastikas carved into their foreheads. Actually, most of them look … well, normal.

ADDENDUM
Editor’s Comment
Hopkins is right. America, at best a semi-rational, infantilised nation, has now become a zombie asylum. Never have fact and truth been so cavalierly brushed aside not just by establishment media and politicians, where such behaviour is to be expected,  but among large segments of the population itself. The tensions and craziness are everywhere, the melting pot is really a rancid tossed salad, and the media whores are happy to exploit and magnify any of the frequent outbreaks of the reigning disease. In the attached video, watch what happens when you try to sort out the crazy cultural minefield abetted by the ruling plutocracy. Jimmy Dore, a progressive and normally incisive political commentator twists himself into a silly noodle, often sounding like Cantinflas, as he tries to make sense of what the Catholic teenager in a MAGA hat vs Native American elder “confrontation” was all about. It doesn’t help that American culture, in its bewildering chaos, has also spawned bizarre groups as the Black Hebrews, or Black Israelites, or whatever they call themselves, one of many faux escape routes that African Americans, in their long oppression, have used to salve their wounded psyches. 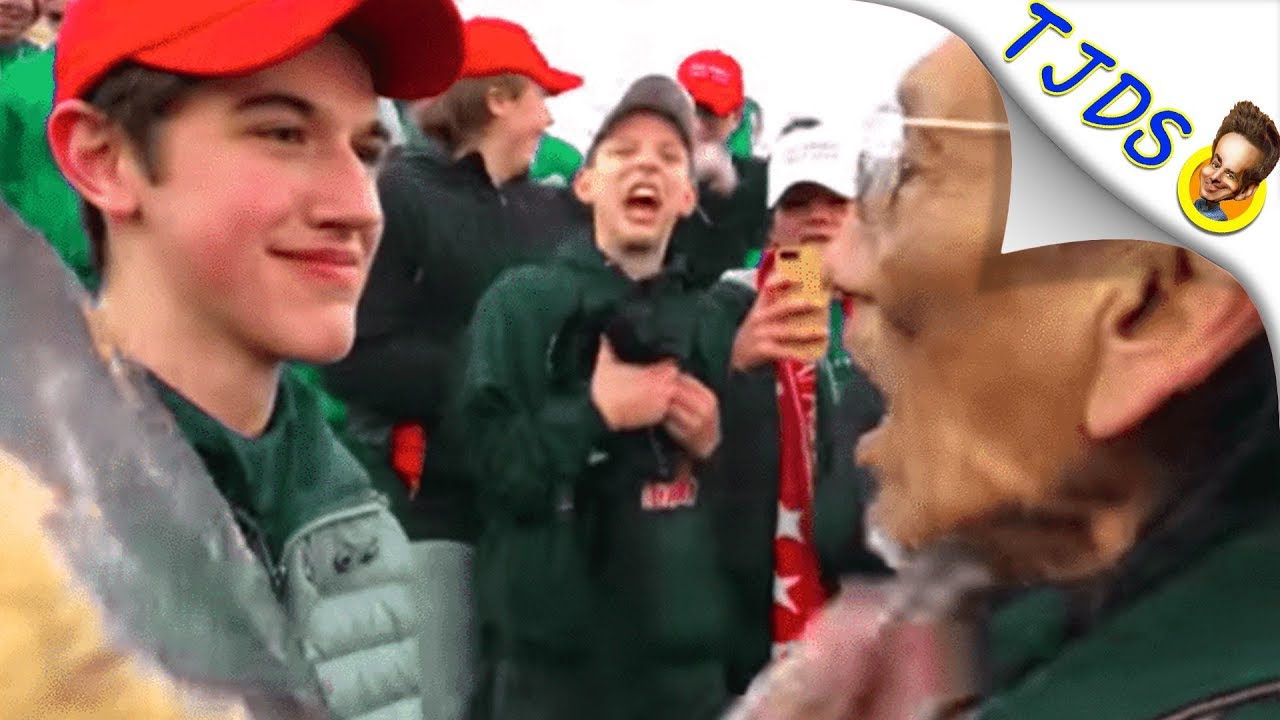