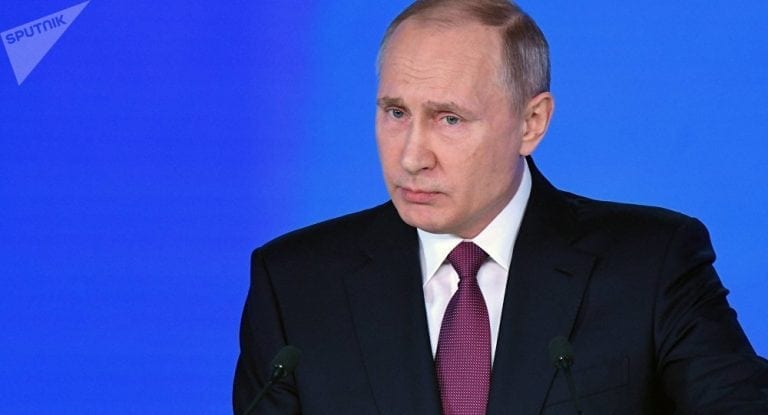 Here is a short excerpt about democracy and the rule of law under Putin from my forthcoming book:

[dropcap]O[/dropcap]ne very frequent criticism of Russia by the West is that the rule of law is weak, if it exists at all.  Let’s look at three important measures of the rule of law in Russia:  the rights of the accused, judicial independence, and the confidence and participation of Russian citizens in the court system.

The 1993 constitution guarantees the presumption of innocence for criminal defendants as well as the right to counsel (Henderson 2011).  During Putin’s first two terms as president, he introduced or oversaw the implementation of the rights of habeas corpus and trial by jury, and increased rights to exculpatory evidence (Petro 2018).  After certain reforms made by Putin to the criminal code, acquittal rates in bench trials (only heard by a judge) doubled and acquittal rates in jury trials tripled, contributing to a 40 percent drop in the overall  incarceration rate and a 95 percent drop in the juvenile incarceration rate since 2001 (Petro 2018).

He also introduced the role of bailiffs and Justices of the Peace (JP’s) into the system (Petro 2018).

JP’s act as judges in the lowest tier of courts and preside over approximately 75 percent of civil cases and 45 percent of criminal cases – most of the latter are resolved through plea bargaining (Hendley 2017). University of Wisconsin Professor Kathryn Hendley concluded in her years-long study of Russia’s court system, Everyday Law in Russia, that JP’s demonstrate independence – in other words, they base their decisions on the written law – in the vast majority of cases before them.  Exceptions involve the very small percentage of cases that are politically sensitive, particularly to the Kremlin.  In these instances the JP’s will often go along with power as a matter of being socialized into the system rather than being overtly told to do so.

Contrary to the picture constantly painted in the West of an outlaw despotic Russia, in many regards the rule of law is more systematically enforced than in America.

JP’s, who are primarily women and do not enjoy the same prestige as their counterparts in the US, are not specialized and have very heavy caseloads that must be decided within statutory deadlines.  Though they generally strive to be fair, they also tend to feel burdened by the workload and diligently seek to avoid reversals on appeal, the ramifications of which can hurt them financially and professionally, though only a small percentage of litigants ever exercise the right of appeal (Hendley 2017).

All JP’s are required to be over the age of 25, have a law degree, and pass an exam and a strict security clearance.   They are formally appointed by either regional governors or regional legislative bodies and are often former JP law clerks or prosecutors rather than attorneys in private practice since, as someone who has already served in a public position, their professional background and propensities will be more readily ascertainable.  They are then given 3 months of formal training before they are allowed to preside over cases (Hendley 2017).

State agencies are frequent litigants in civil cases, both as plaintiffs and defendants.  Both in JP courts and other courts, they are more likely to lose these cases than are private actors.  Their victory in administrative cases involving private citizens, such as traffic violations and fines for noncompliance with various laws, is far from automatic.  The same is true in the business setting.  Economic actors’ challenges to their treatment by the tax and other regulatory authorities are frequently successful (Hendley 2017).

Court rulings in civil cases favoring private plaintiffs over the government occur at a rate of approximately 70 percent (Petro 2018).

Furthermore, during Putin’s second term, courts ruled that individuals arrested without merit must be compensated and compensation limits for government negligence were struck down, making it more meaningful when the Russian government comes out on the losing end of such cases (Petro 2018).

Foreign businesses operating in Russia have benefited from the improved state of the legal system.  Lawsuits on behalf of foreign businesses have tripled since 2014 and favorable judgments have increased from 59 percent to 83 percent (Petro 2018).  Many Russians are reluctant to take a dispute to court, citing time, inconvenience, and “the difficulty of proving one’s case.” But as incomes increase and the traditional informal methods of resolving disputes become less relevant, more Russians are utilizing the court system, increasing from one million in 1998 to over seventeen million in 2016 (Petro 2018).  Hendley found many of these Russians to be generally satisfied with their experiences, which largely take place in the JP system, regardless of whether they won or lost.  80 percent of Russians find JP’s to be “well trained and competent” with only 10 percent believing their JP was biased (Hendley 2017).

Henderson, Jane. The Constitution of the Russian Federation:  A Contextual Analysis.  Hart Publishing.  Oxford and Portland, OR. 2011.

About this author
Natylie Baldwin is the author of Understanding Russia and U.S.-Russia Relations: A Primer, forthcoming in Spring of 2019. She is also co-author of Ukraine: Zbig’s Grand Chessboard & How the West Was Checkmated, available from Tayen Lane Publishing. The book can be purchased in paperback here or electronically here. Publisher’s page here. In October of 2015, she traveled to 6 cities in the Russian Federation and has written several articles based on her conversations and interviews with a cross-section of Russians. She traveled to Moscow and St. Petersburg in May of 2017 to view the Victory Day celebrations and to do research on the Russian Revolution and how Russians are commemorating the centennial. Articles on this topic will be forthcoming.