HELP ENLIGHTEN YOUR FELLOWS. BE SURE TO PASS THIS ON. SURVIVAL DEPENDS ON IT.
A TASS DISPATCH
Editor's Note: Considering the highly vulnerable and compromised position Pres. Nicolas Maduro finds himself at the moment, and that he has failed to demonstrate the necessary quality of leadership to pull the country together and neutralise the challenges from the US-collaborating right—admittedly, enormous and unyielding—the Russians and Chinese may be looking for a suitable replacement to deflate and deflect the regime-change process, in the hope of warding off an actual armed invasion with direct US military support. These are extremely tough times for all parties involved, except the Americans, as usual, who create these crises and sail on (at least the criminals who manufacture them) in the bright sun of power, wealth and impunity. We are also at a loss to see why Russia continues to plead with the Americans using reason and ethical arguments when it is abundantly clear the die is cast for the American ruling class, they wish to push on to attain world supremacy at any cost, and neither of these criteria are any use. Sitting atop a basically highly confused and ignorant nation with the masses exercising near zero democratic influence, only the threat of very credible force can dissuade such semi-deranged elites.
Press Review 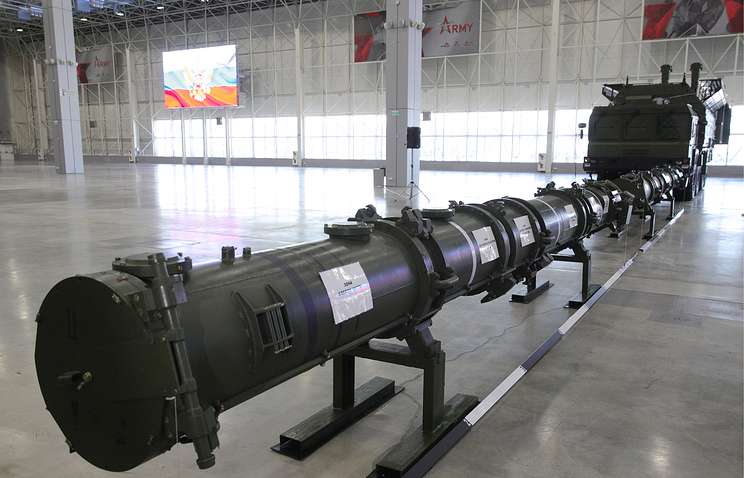 Izvestia: Russia fails to convince US to stick to INF deal

[dropcap]T[/dropcap]he US pullout from the Intermediate-Range Nuclear Forces Treaty (INF Treaty) seriously undermines the system of international stability and calls into question the remaining arms control agreements, Chairman of the Federation Council's Committee on Foreign Affairs Konstantin Kosachev told Izvestia. Following the expiration of the INF accord, the Americans might refuse to extend the New START (Strategic Arms Reduction Treaty), which expires in 2021. Sources in Washington political circles told the newspaper that the country’s leadership has not yet decided on the future "strategic" agreement.

"The Americans want to relieve themselves of all arms control obligations. It all started with the ABM Treaty. Now it's the INF Treaty. There are major fears that Washington could start dismantling the New START deal. These steps do not bring anything but instability to the international security system," a source in Russian diplomatic circles told Izvestia.

According to Kosachev, the US may not immediately denounce the INF, instead it would freeze its obligations. That is, the Americans will be able to develop and even manufacture these systems.

"However, this does not mean that they will deploy them, as long as the relevant European and Asian countries seriously frown upon this. Obedient and loyal allies can be found, but it is more difficult to do this now," he told Izvestia.

The US exit also poses a problem for prolonging the New START, which would lose any relevance, Kosachev noted.

Director of the Center for Military-Political Studies at the Hudson Institute Richard Weitz told Izvestia, it is obvious that the INF will end, and Russia and the United States will be able to use missiles previously forbidden in range, the same way as China. However, he did not rule out that a new agreement on strategic offensive arms may introduce changes to restrict the INF systems.

According to him, the Trump administration is still pondering over whether to extend the New START for five years after its expiration in 2021 or to replace it with a new deal covering additional systems and countries - like Moscow wants - or allow the agreement to end. Should Washington let it become null and void, that would provide the US with greater flexibility in determining the size of nuclear forces, Weitz explained.

[dropcap]G[/dropcap]iven its mounting concerns about the turmoil in Venezuela, the international community is embarking on a search for a solution to the unrest. Uruguay and Mexico took the first step, offering their services as mediators in negotiations between the current government of Nicolas Maduro and the opposition, convening an international conference on Venezuela. A number of countries, including Russia, have already made statements calling for a resolution through dialogue. Experts interviewed by Nezavisimaya Gazeta believe that negotiations might be difficult, but the country's current President Nicolas Maduro might not remain in power for much longer.

Director of the Institute for Latin American Studies of the Russian Academy of Sciences Dmitry Razumovsky told the newspaper he believes that reaching agreements through negotiations is possible if the current configuration of power is changed. According to him, the situation in Venezuela will be resolved within a year. "Perhaps, Maduro will be able to stay in power for some time, but we understand that support for the National Assembly speaker is significant," he said. "Ensuring that Maduro remains in power for some time will be impossible. He is very much a hated figure. I think the parties can succeed in the talks if the Chavistas, instead of Maduro, propose alternative options that would more or less suit the opposition. Although, in my opinion, at the moment, there are no such figures in their ranks right now," the expert added.

Razumovsky criticized the European Union's decision to put forward an ultimatum to Maduro as hasty, given the situation in the country. "The Europeans have driven themselves into a corner, it is unclear how they will get out of it now. Logically, now they should not even recognize Guaido, but someone else instead," he said.

The Latin American expert raised doubts over conducting elections in the near future. According to the expert, the EU had no opportunity to influence the situation in Venezuela, although initially it tried to act as an intermediary. "The Europeans have no levers of pressure on the situation in Venezuela. They are not present in this country, they have no investments there, unlike America, China and Russia," the expert concluded.

Dissidents Must Understand The Difference Between Fact And Narrative