HELP ENLIGHTEN YOUR FELLOWS. BE SURE TO PASS THIS ON. SURVIVAL DEPENDS ON IT.
In her unnecessary sucking up to Pelosi—a woman who once haughtily dismissed single payer and who now leads the Democrats in supporting regime change in Venezuela—Ocasio-Cortez shows anyone willing to see what she's really made of. Stop dreaming, folks. 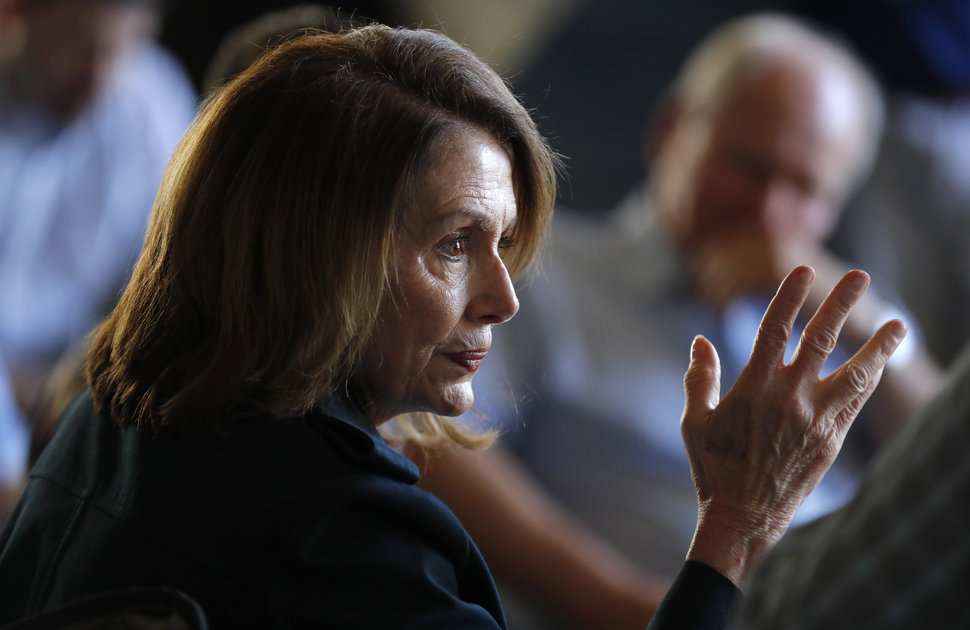 Nancy Pelosi's longevity in Congress is a testament to her gross opportunism and loyal service to the plutocracy and its military-industrial complex.

The protesters called for Democrats to create a select committee that would be tasked with putting forward a “Green New Deal.” Photos of Ocasio-Cortez speaking to the group of students leading the demonstrations circulated on social media and all the major news outlets.

The most glowing praise for this stunt came from Jacobin magazine, the unofficial mouthpiece of the DSA. In an article by Ben Beckett titled “Coming from inside the House,” Jacobin cites Ocasio-Cortez’s appearance as a prime example of her “bona fides as a qualitatively different type of leftist.”

He writes, “Regardless of the specific demands … Ocasio-Cortez’s willingness to stand with protestors from a little known group inside the head of her own caucus’s office before she is even sworn in indicates that she is prepared not only to buck protocol and take on high-ranking national Democrats, but to use her office as a center of organizing for progressive causes.”

In fact, the event was clearly a calculated political operation by Ocasio-Cortez aimed at solidarizing herself with the Democratic Party establishment and boosting the credentials of Pelosi. 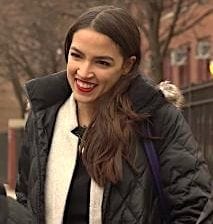 Speaking to a group of reporters covering the protest, Ocasio-Cortez began by burnishing Pelosi’s credentials: “One of the things that I admire so much about Leader Pelosi, is that she comes from a place of activism and organizing and she really appreciates civic engagement.”

She went on to say that should “Leader Pelosi” become the next Speaker of the House, “We need to tell her that we’ve got her back in showing and pursuing the most progressive energy agenda that this country has ever seen.”

Ocasio-Cortez’s adoration of Pelosi did not stop there. Later that day, after the photo-op with the students, Cortez tweeted at Pelosi to thank her. She commended Pelosi’s quick response to the event: “I have spoken with @NancyPelosi about how our commitments to climate change should take shape in the 116th Congress. Her office has responded quickly, and she has recommended the reinstatement of the Select Committee on Climate Change.”

Pelosi, who was not present at the time of the protest, told her staffers to welcome the protesters. She said in statement later that day, “We are inspired by the energy and activism of the many young activists and advocates leading the way on the climate crisis, which threatens the health, economic security and futures of all our communities."

In other words, a more concise accounting of the event would be as follows: Pelosi praises the protesters, Ocasio-Cortez praises Pelosi, Jacobin praises Ocasio-Cortez and concludes that the day of exchanging pleasantries in Washington represents a “qualitatively different type of leftist politics.”

Ocasio-Cortez has moved to support Pelosi under conditions in which Pelosi faces a potential leadership challenge from sections of the Democratic Party. On Thursday, Ocasio-Cortez tweeted her criticism of some Democrats for “hold[ing] the Speaker vote hostage unless conservative concessions are made,” contrasting this to her own “respectful” efforts at “encouraging leadership decisions.”

What the whole operation confirms is that the DSA and Ocasio-Cortez have no fundamental differences with Pelosi and the rest of the Democratic Party leadership.

Pelosi has been the Democratic leader in the House of Representatives for 16 years. She has overseen all the crimes of the Democratic Party for a decade and a half, including the draconian immigration policies of the Obama administration, which resulted in the deportation of more immigrants than any president in history. She was driven out of her own press conference last year by pro-immigrant activists chanting “Democrats are deporters!”

Ocasio-Cortez’s embrace of Pelosi is only her latest effort to burnish her own establishment credentials. In the aftermath of her primary victory, she repudiated previous criticisms of Israel, pledged her support for “border security,” praised Republican Senator John McCain and stood beside Bernie Sanders, nodding in agreement, as the Vermont senator endorsed the Democrats’ anti-Russia campaign.

Her role, and that of the DSA as a whole, is to provide a political cover for the Democrats as they pursue their own right-wing campaign. In the aftermath of the 2018 midterm elections, which saw the Democrats take back control of the House, Pelosi has declared her readiness to work closely with the Trump administration, while the Democrats continue to focus their criticism of the administration on issues of foreign policy.

There is nothing remotely “left” about the DSA. It is merely a faction of the right-wing, militarist Democratic Party.

ABOUT THE AUTHOR
The author is a member of the wsws.org editorial team, a Marxian publication.