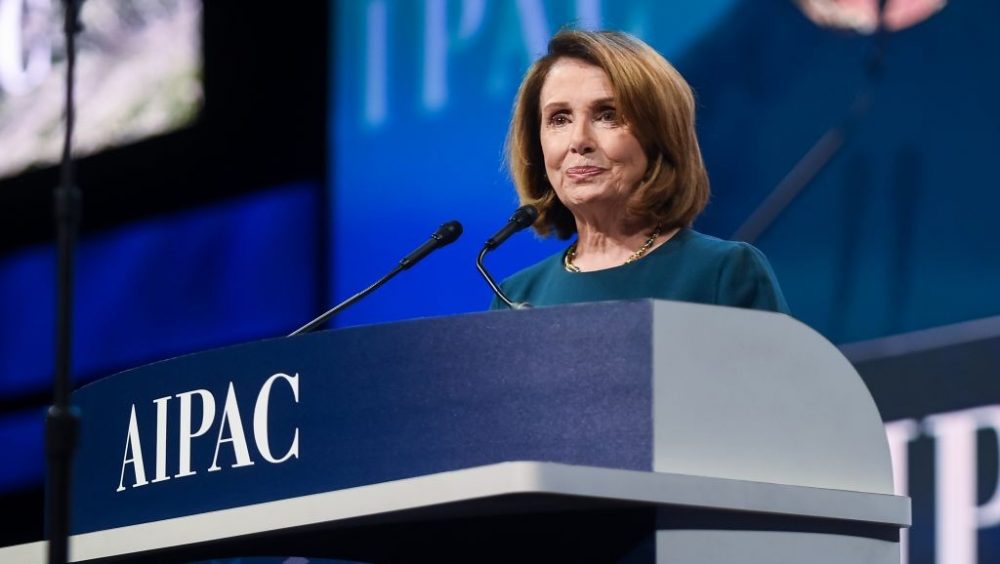 It did not take long for the other shoe to drop. The six official leaders of the Democratic House have condemned Rep. Ilhan Omar of Minnesota for “anti-Semitism” and “hatred” because she tweeted last night that the Israel lobby group AIPAC has influence over the Congress “because of the Benjamins” — the money AIPAC helps funnel to Congress to support Israel.

The leaders issued a statement:

Congresswoman Omar’s use of anti-Semitic tropes and prejudicial accusations about Israel’s supporters is deeply offensive. We condemn these remarks and we call upon Congresswoman Omar to immediately apologize for these hurtful comments.

Nancy Pelosi said that Ilhan Omar agrees with the statement:

In our conversation today, Congresswoman Omar and I agreed that we must use this moment to move forward as we reject anti-Semitism in all forms.

Omar said this afternoon that she has “unequivocally apologized.” She said she is learning about “the painful history of anti-Semitic tropes. My intention is never to offend my constituents or Jewish Americans as a whole.” 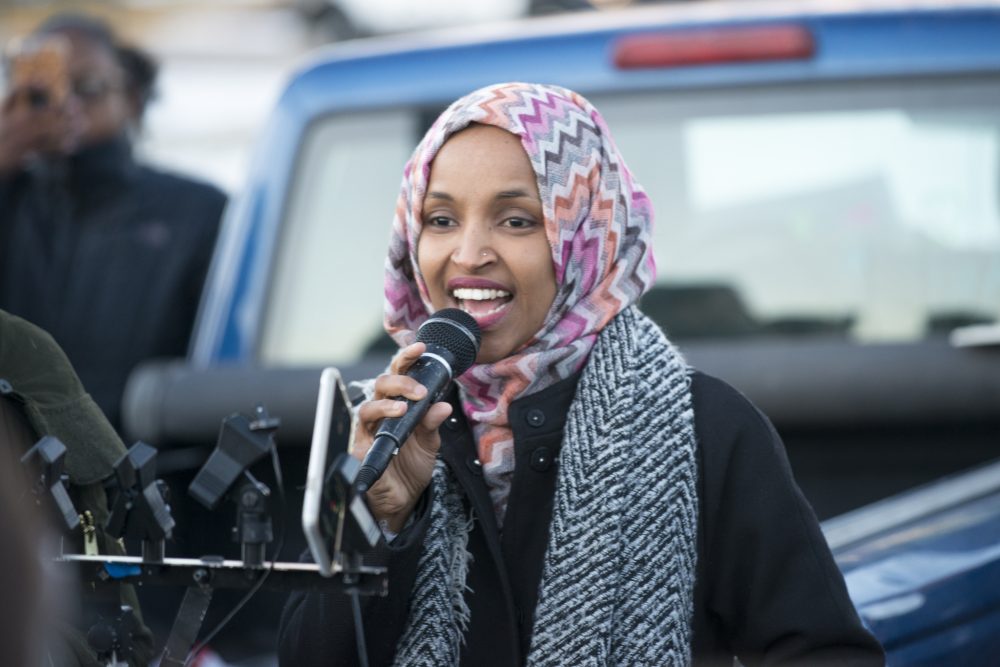 Omar: she's now learning "the anti-semitic tropes", taught by the nation's top hypocrites. Too bad she caved too soon. And even the transparent racist Trump jumped on the wagon to ask for her resignation.

The Democratic leaders are surely terrified that the Democratic Party is going to split over Israel and that it will endanger the party’s consensus and also alienate many of its biggest donors.

Almost all the six leaders who signed the statement (below) have spoken at American Israel Public Affairs Committee — AIPAC– events or been adoring of the Israeli government.

Here is House Speaker Nancy Pelosi speaking at AIPAC’s annual conference. She has called Israel’s creation “the most spectacular political achievement of the 20th century.”

Here is Hakeem Jeffries speaking at an AIPAC-sponsored event in 2015. He attended Netanyahu’s speech to Congress that the Congressional Black Caucus boycotted as an insult to Obama. The year before he declared at a pro-Israel event at the height of Israel’s massacre of Gaza in 2014: “Israel today, Israel tomorrow, Israel forever.”

Majority Whip James Clyburn has taken four trips to Israel. At least one of his staff hastaken an AIPAC-sponsored trip– from the AIPAC wing the American Israel Educational Foundation.

Here is Katherine Clark meeting with Netanyahu and the rightwing settler-supporting ambassador, David Friedman, along with Nancy Pelosi and Hakeem Jeffries and other Democrats last year, even as Israel was shooting nonviolent demonstrators at the Gaza border. Pelosi said they had an “excellent meeting.” 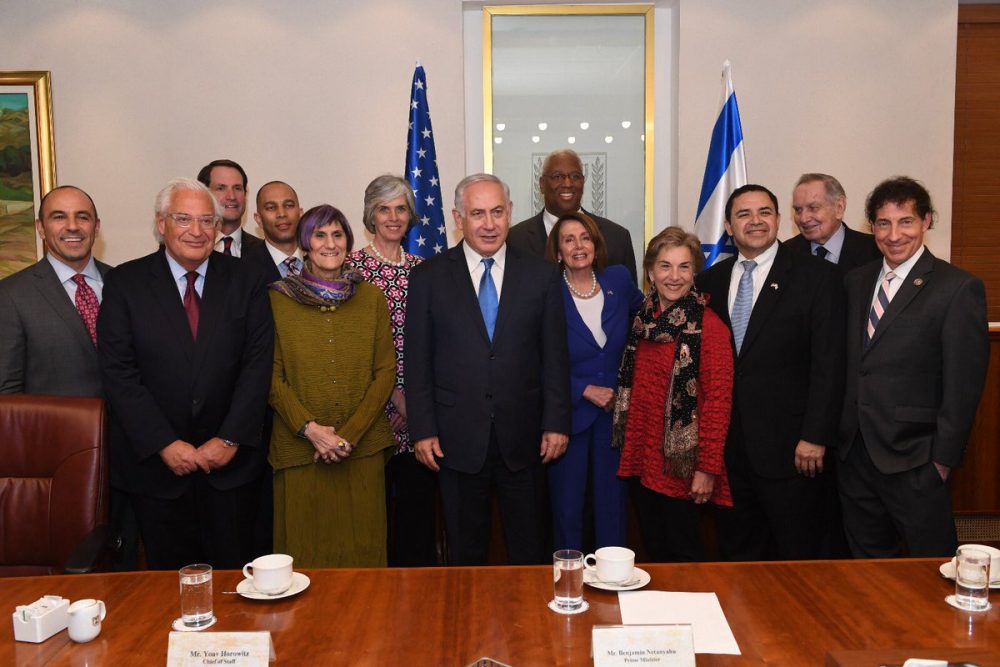 It must be tough to spend your life meeting with scoundrels, and this goes both ways in this case.

In our conversation today, Congresswoman Omar and I agreed that we must use this moment to move forward as we reject anti-Semitism in all forms. https://t.co/UpZA3DNgQs pic.twitter.com/1Z6rH65e3M

A terrific MintPress News article confirms what we have known for decades. Ilhan Omar is Right: AIPAC Influences Congress To the Tune of $4 Million Annually

Muslim Rep. Ilhan Omar (D-MN) has been the subject of bipartisan bullying that has reached a fever pitch since the lawmaker explicitly called out the number one Israeli lobby group in the U.S. — the American Israel Public Affairs Committee (AIPAC).

ABOUT THE AUTHOR
Philip Weiss is Mondoweiss' founding editor.

‘ Not in My Name’ : An Interview with the Almighty