Home ABOMINATIONS Hating Neocons Is Becoming Mainstream Again, And It Is Excellent 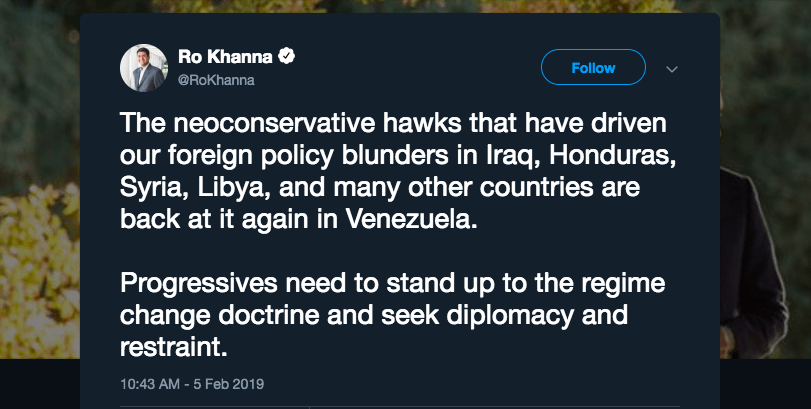 [dropcap]A[/dropcap]merican Conservative has published an article titled “Why Are These Professional War Peddlers Still Around?“, an excerpt from a book by Fox’s Tucker Carlson, which documents neoconservative thought leaders Max Boot and Bill Kristol’s consistent track record of supporting spectacularly awful US war policies. 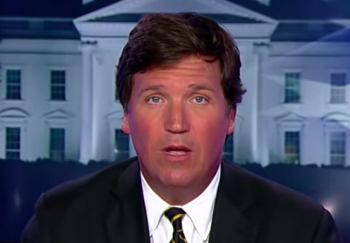 Carlson: breaking the mould of what a conservative is all about

Carlson goes over the many, many acts of military interventionism which have been pushed for by these two legendary failmeisters, documents what they predicted would happen as the result of that interventionism (freedom, democracy and prosperity) and what actually ended up happening instead (needless death, terrorism and chaos), and marvels at how they both somehow remain in positions of high esteem with high-profile, high-paying jobs.

The article was shared today on Twitter by Democratic Congressman Ro Khanna, who commented that Carlson “offers a devastating critique [of] interventionism and shows how much of the foreign policy establishment has failed the American people. There is an emerging, left right coalition of common sense for a foreign policy of restraint.”

Khanna has received a predictable amount of backlash from the left for this tweet, as does anyone who mentions the possibility of cross-ideological coalitions against US warmongering. The only cross-ideological convergence that many leftists find palatable in compensating for their relatively weak numbers is with the neoliberal, neoconservative corporate “center”, so-called only because the plutocratic class which benefits from the current Orwellian status quo has been able to buy up narrative control to force their agendas to become the mainstream consensus. The trouble with this, of course, is that that corporate CIA/CNN “center” never opposes US warmongering in any meaningful way. The left (the real left, not the “We call everyone we’re cluster bombing by their preferred gender pronouns” MSNBC faux-left) opposes US warmongering, and in some cases so too does the populist right which has uplifted Tucker Carlson to such prominence.

Of course the usual suspect Twitter warriors are screaming that this non-white member of Congress is abetting "white nationalism" by forging cross-ideological coalitions to curtail destructive US foreign policy. Idiots https://t.co/e0TxlnqePa

But the fact that you’ve got a sitting progressive congressman sharing the work of Fox’s number one pundit in enthusiastic agreement that neoconservatives are pure excrement says so much about how mainstream it has become to criticize them. 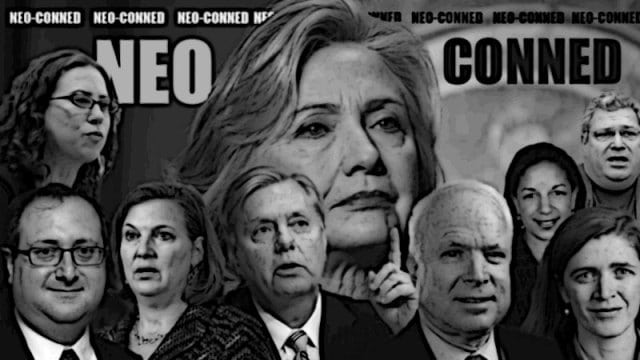 Since the fall of the Soviet Union, neoconservatism has lived to promote the idea that the United States must use its status as an unrivaled superpower to secure a unipolar world order by any means necessary so as to allow freedom and democracy to flourish around the globe. It is an ideology that has been widely favored and financially backed by the military-industrial complex and its multinational allies, since all that freedom and democracy-spreading needs a whole lot of expensive bombs and missiles to carry out, and that support is what allowed it to rise to unprecedented prominence in the George W Bush administration. The warmongering and military expansionism which followed the 9/11 attacks had all been planned in advance by this same ideology which had just recently filled the cabinet of America’s highest elected office. 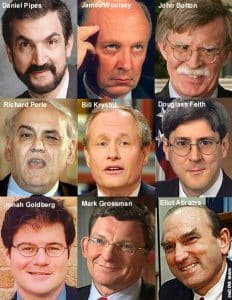 During this time the word “neocon” was a household term among those who despised the 43rd president, but after Dubya left office and was replaced by the hopey changeyness of his successor, people largely forgot about it outside of fringe groups. This was unfortunate, because the mind virus of neoconservatism never stopped spreading, and that toxic death cult is now so widespread that the small circle of influencers who have traditionally worn that label are now so dwarfed by the number of influencers who spread their ideology that the label is far too limited to accurately describe the dynamic. Neoconservatism never went away, it just became the bipartisan mainstream consensus.

Luckily, criticism of neoconservatism is also becoming mainstream. You now see high-profile mainstream figures like Khanna, Carlson, Tulsi Gabbard, and Rand Paul routinely describing America’s devastating interventionist policies in terms of that sociopathic death cult’s toxic influence. Gabbard in particular has been re-popularizing that word with prolific usage during her early 2020 presidential run, and correctly criticizing neoconservatism’s influence not just within prior administrations, but within the current one as well.

NeoCon Elliott Abrams career is built on promoting regime-change wars. The Trump Admin’s appointment of Abrams as special envoy to Venezuela is further evidence of the president’s lack of understanding of our dark history in Latin America and the NeoCons’ control over him.

Historian here. “Neoconservatism” (and its variants) isn’t an anti-Semitic term. Not only has it been applied to people of other faiths (hello DPM!), many neocons have self-identified. Trying to spin it as bigotry or slander is a dodge, and even many conservatives have said so. https://t.co/wZs2tnm8a6

[dropcap]H[/dropcap]arsh criticisms of neoconservatism have become so mainstream that its defenders like Boot and Center for American Progress think tankette Kelly Magsamen have been trying to resurrect the old argument that the label is antisemitic, which is absurd since plenty of neocons aren’t Jewish and many neocons label themselves as such. Russophobic McCarthyism is also being used to kill anti-neocon sentiment, naturally, with everyone from Tulsi Gabbard to Bernie Sanders subreddits now being smeared by the mainstream media as Russian plants simply for objecting to the neoconservative military interventionism of the unipolar empire.

And it is of course a good thing that hatred of neocons is re-entering mainstream consciousness. You can trace a straight line from the endless US military expansionism we’ve been seeing since 9/11 back to the rise of neoconservatism, so paying attention to this dynamic is important for diagnosing and curing the disease. But it’s just the beginning, and it’s going to have to go a lot further before we get healthy.

As with damn near everything else, partisan feuding masks the big picture on this issue in a way that causes people to miss the forest for the trees. Tucker Carlson and Rand Paul may indeed be useful in calling out the Never Trump neocons like Boot and Kristol, as well as opposing escalations against Russia and Syria, but good luck getting them to say anything about virulent PNAC neocons like Elliott Abrams and John Bolton or the longstanding neoconservative agendas they are advancing against Venezuela and Iran within the Trump administration. Some Democrats may oppose Trump’s warmongering against Venezuela, Iran, Yemen, and maybe even Syria, but good luck getting them to oppose sanctions and senseless cold war escalations which advance neocon agendas against Russia.

Most importantly, what will need to happen to truly strike the head of the beast is to see that the unipolar globalist imperialism of the neocons is already fully in the bloodstream. It isn’t just limited to the people who helped drive the agendas of Project for a New American Century in the wake of 9/11 anymore, it’s being sold to everyone as the status quo worldview by MSNBC, Fox News, the BBC, the Guardian, the Washington Post and the New York Times. The idea that it’s fine and normal for America and its tight network of allies to use any force necessary to ensure world dominance and anyone who says otherwise is a Russian agent has been hammered into mainstream consciousness over the last two years, and it’s going to take a lot of work to extract it. But it is only by rolling back the consent for unipolarist interventionism that we can ever hope to purge the toxic influence of neoconservatism and the warmongering that it has been shaped to facilitate.

Elliott Abrams: The War Criminal Running US Policy in Venezuela