Home ABOMINATIONS The Trump presidency: From the Manhattan underworld to the White House

The Trump presidency: From the Manhattan underworld to the White House 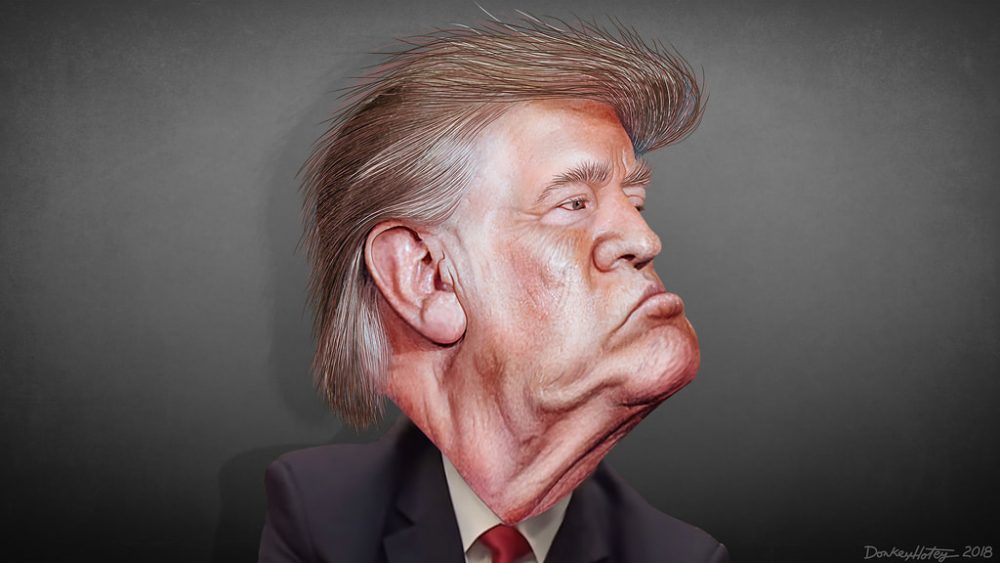 “The finance aristocracy, in its mode of acquisition as well as in its pleasures, is nothing but the rebirth of the lumpenproletariat on the heights of bourgeois society.”—Karl Marx, The Class Struggles in France

[dropcap]W[/dropcap]hat Marx described, in his analysis of the corruption of the bourgeoisie in France leading up to the 1848 revolution, applies with even greater force to the United States of 2019, where the bourgeoisie faces its own rendezvous with social upheaval and explosive class battles.

That is how a Marxist understands the spectacle of Wednesday’s hearing before the House Oversight Committee, in which Michael Cohen, the former attorney and “fixer” for Donald Trump for more than a decade, testified for six hours about how he and his boss worked to defraud business partners and tax collectors, intimidate critics and suppress opposition to Trump’s activities in real estate, casino gambling, reality television and, eventually, electoral politics.

What Cohen described was a seedier version of an operation that most Americans would recognize from viewing films like The Godfather: Trump as the capo di tutti capi, the unquestioned authority who must be consulted on every decision; the children, Donald Jr., Ivanka and Eric, each now playing significant roles in the ongoing family criminal enterprise; Allen Weisselberg, CFO of the Trump Organization, the consigliere in charge of finance, mentioned by Cohen more than 20 times in the course of six hours of testimony, as the man who facilitated Trump’s schemes to evade taxes, deceive banks or stiff business partners. 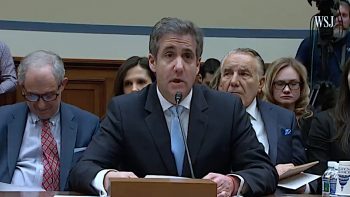 Cohen himself was an enforcer: by his own account, he threatened people on Trump’s behalf at least 500 times in a ten-year period, including business associates, politicians, journalists, and anyone seeking to file complaints or gain reimbursement after they were defrauded by one or another Trump venture. The now-disbarred lawyer admitted to tape-recording clients—including Trump but many others—more than 100 times during this period.

The incidents recounted by Cohen range from the farcical (Trump browbeating colleges and even his military prep school not to release his grades or test scores), to the shabby (Trump having his own “charitable” foundation buy a portrait of himself for $60,000), to the brazenly criminal (deliberately inflating the value of properties when applying for bank loans, while deflating the value of the same properties as much as twenty-fold in order to evade taxation).

One of the most remarkable revelations was Cohen’s flat assertion that Trump himself did not enter the presidential race with the expectation that he could win either the Republican nomination or the presidency. Instead, the billionaire reality television “star” regularly told his closest aides, the campaign would be the “greatest infomercial in political history,” good for promoting his brand, opening up business opportunities in previously closed markets.

[dropcap]T[/dropcap]hese unflattering details filled the pages of the daily newspapers Thursday and occupied many hours on the cable television news. But in all that vast volume of reporting and commentary one would look in vain for any serious assessment of what it means, in terms of the historical development and the future trajectory of American society, that a family like the Trumps now occupies the highest rung in the US political system. [su_panel background="#f1f5fc" border="9px solid #cecdcd" shadow="8px 1px 2px #eeeeee" radius="7"] SIDEBAR 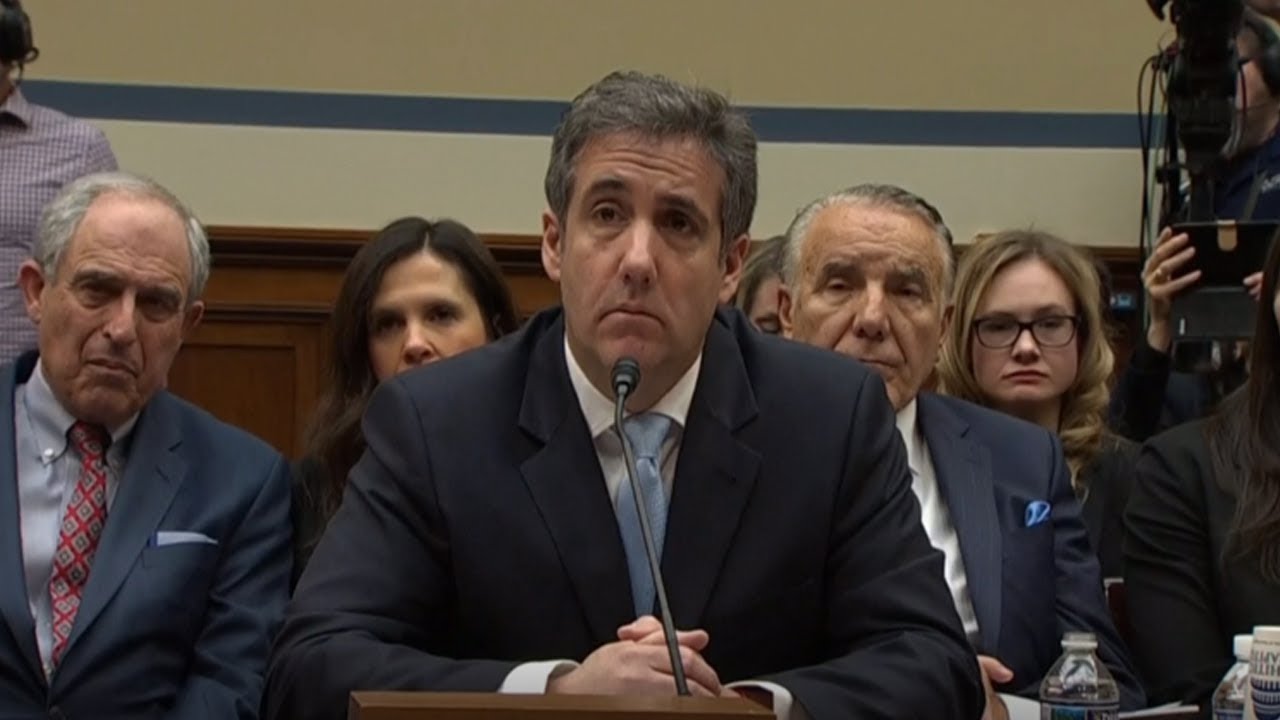 The World Socialist Web Site rejects efforts by the Democrats and the corporate media to dismiss Trump as an aberration, an accidental figure whose unexpected elevation to the presidency in 2016 will be “corrected” through impeachment, forced resignation, or electoral defeat in 2020. We insist that the Trump administration is a manifestation of a protracted crisis and breakdown of American democracy, whose course can be traced back at least two decades, to the failed impeachment of Bill Clinton in 1998-99, followed by the stolen presidential election of 2000.

The US political system, always dominated by the interests of the capitalist ruling class that controls both of the major parties, the Democrats as much as the Republicans, is breaking down under the burden of mounting social tensions, driven above all by skyrocketing economic inequality. It is impossible to sustain the pretense that elections at two-year and four-year intervals provide genuine popular influence over the functioning of a government so completely subordinated to the financial aristocracy.

The US political system, always dominated by the interests of the capitalist ruling class that controls both of the major parties, the Democrats as much as the Republicans, is breaking down under the burden of mounting social tensions, driven above all by skyrocketing economic inequality. It is impossible to sustain the pretense that elections at two-year and four-year intervals provide genuine popular influence over the functioning of a government so completely subordinated to the financial aristocracy.

The figures are familiar but require restating: over the past three decades, virtually all the increase in wealth in American society has gone to a tiny layer at the top. Three mega-billionaires—Jeff Bezos, Warren Buffett and Bill Gates—now control more wealth than half the American population. This process of social polarization is global: according to the most recent Oxfam report, 26 billionaires control more wealth than the poorer half of the human race.

These billionaires did not accumulate their riches by devising new technologies or making new scientific discoveries that increased the wealth and happiness of humanity as a whole. On the contrary, their enrichment has come at the expense of society. Bezos has become the world’s richest man through the emergence of Amazon as the greatest sweatshop enterprise in history, where every possible second of labor power is extracted from a brutally exploited workforce.

The class of billionaires as a whole, having precipitated the global financial collapse of 2008 through reckless speculation and swindling in the sale of derivatives and other obscure financial “products,” was bailed out, first by the Republican Bush, then by the Democrat Obama, to the tune of trillions of dollars. Meanwhile, the jobs, living standards and social conditions for the great mass of working people sharply declined.

As for Donald Trump, the real estate swindler, casino con man and reality television mogul is a living demonstration of the truth of Balzac’s aphorism: “Behind every great fortune is a great crime.”

Trump toyed with running for president on the ultra-right Reform Party ticket in 2000, after a long stint as a registered Democrat and donor to both capitalist parties. When he decided to run for president as a Republican in 2016, however, he had shifted drastically to the right. His candidacy marked the emergence of a distinctly fascistic movement, as he spewed anti-immigrant prejudice and racism more generally, while making a right-wing populist appeal to working people, particularly in de-industrialized areas in the Midwest and Appalachia, on the basis of economic nationalism.

The Republican nominee for the presidency of the United States did not emerge from an American version of a Munich beer hall. Donald Trump is a billionaire, who made his money in Manhattan real estate swindles, the semi-criminal operations of casino gambling, and the bizarre world of “reality television,” which entertains and stupefies its audience by manufacturing absurd, disgusting and essentially fictional “real life” situations. The candidacy of Donald Trump could be described as the transfer of the techniques of reality television to politics.

The main development in the two years since Trump entered the White House is the emergence of the American working class into major struggles, beginning with the wave of teachers’ strikes in 2018, initiated by the rank and file in defiance of the bureaucratic unions. The reaction in the American ruling elite is a panic-stricken turn to authoritarian methods of rule.

The billionaire in the White House is now engaged in a systematic assault on the foundations of American democracy. He has declared a national emergency in order to bypass Congress, which holds the constitutional “power of the purse,” and divert funds from the military and other federal departments to build a wall along the US-Mexico border.

Whether or not he is immediately successful in this effort, it is clear that Trump is moving towards the establishment of an authoritarian regime, with or without the sanction of the ballot box. As Cohen observed in his closing statement—in remarks generally downplayed by the media and ignored by the Democrats—he was worried that if Trump loses the 2020 election, “there will never be a peaceful transition of power.”

Trump’s “opposition” in the Democratic Party is no less hostile to democratic rights. They have focused their anti-Trump campaign on bogus allegations that he is a Russian agent, while portraying the emergence of social divisions within the United States as the consequence of Russian “meddling,” not the crisis of capitalism, and pushing for across-the-board internet censorship.

The defense of democratic rights and genuine resistance to Trump’s drive toward authoritarian rule must come through the development of an independent political movement of the working class, directed against both big-business parties, the Democrats as much as the Republicans, and against the profit system which they both defend.

ABOUT THE AUTHOR
Patrick Martin is a senior editorial member of wsws.org, a Marxian publication.

Here’s Where America’s Imported Oil Comes from: Venezuela Is Currently the 4th-Largest