Home ABOMINATIONS The Silence that Absolves

The Silence that Absolves 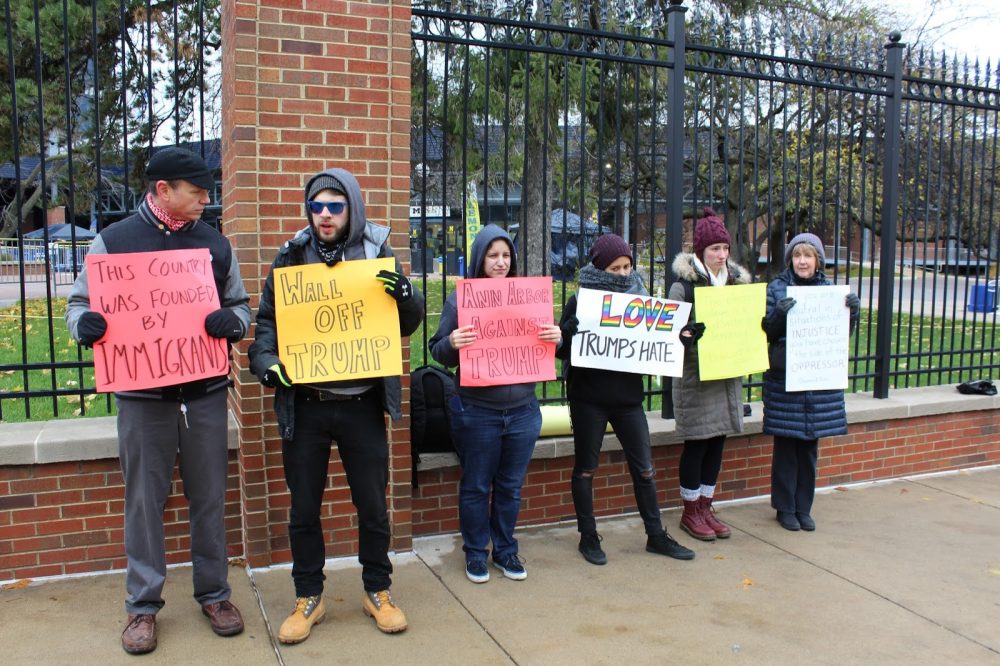 Protests on American soil are getting smaller and smaller, unless (infrequently) organised by some large organization. Their witness is being cancelled by the plutocracy's massive media power, the ability to reach hundreds of millions around the world in an instant with a grotesquely misleading message, and to repeat this lie around the clock.

A few years after the  illegal and immoral invasion and occupation of Iraq, my 84 year old pal John and I would stand each Tuesday outside the local library with our protest signs. We had been out there, one hour each week, for over a year; and before that for six years on a busy street corner during rush hour. One day, this German lady approached us. She thanked us for taking the time out and added “You know, Americans don’t like to get out and protest. If this was Germany, and our government did what yours did, we’d have thousands outside this library, not just two people.” How correct she was. The Germans, the French and all the European peoples remember, or are taught, what it was like to be occupied and threatened by the Nazi police state. We Americans are lucky that our nation has never been occupied by a foreign power. Never! Thus, you would think that it might have been more difficult for us Americans to accept the propaganda pertaining to 9/11 and the phony wars that followed. The opposite was true, sadly.

From Mathew in the New Testament: “And Jesus went into the temple of God and cast out all of them who sold and bought in the temple, and overthrew the tables of the moneychangers and the seats of them that sold (sacrificial) doves, and said onto them ‘It is written, My house should be called a house of prayer, but ye have made it a den of thieves.’ “Why did it take Jesus to initiate this action? How long had this process gone on in the Jewish culture? Why did not others, those who agreed with Jesus, take the mantle and challenge the powers that be? After all, this was not challenging the Roman Empire, which would have done harm to anyone who protested their edicts. This was not like a German in the mid 1930s challenging the Nazi regime. No, the similarities between the silence of those who agreed with Jesus and the silence of those who agree with we protestors now is striking.

Michelle Obama hugging chickenhawk and war criminal GW Bush: Just bosom buddies—and why not? The establishment media is actively and deliberately whitewashing the Bush dynasty image, and the Obamas, dedicated servants of the plutocracy, are helping, of course.

Look at what occurred here in America before we invaded Iraq… and after. We had a group of so called leaders and advisors to leaders who had a tattered track record on patriotism. Mitt Romney, in the late 1960s, supported the Vietnam War, yet refused to join up and fight the good fight. We have the infamous chicken hawks of the Junior Bush gang, starting with Junior himself. Bush supported the Vietnam War and chose to stay safely at home in the Texas Air National Guard. Then we have Dick Cheney, who received at least five deferments, none of them medical by the way, yet he vociferously supported the war. When questioned on this his (arrogant ) remark was " I had other priorities." Richard Perle, Paul Wolfowitz, John Bolton and others connected with the Bush crew cheered for ‘War War War ‘yet never would dare go and fight the gooks they hated. How about all those 40 and 50 something right wing Congressmen who could have signed up for Desert Storm in 1990 and chose not to? Years later all of these people, along with a compliant mainstream media, railed about the threat that Saddam Hussein and his army presented to us here at home. How he was connected with Al Qaeda and Bin Laden, and how he had WMDS ready to use on us in America or our surrogate in the Middle East, Israel. All lies! Factor out the one day in February 2003 that millions of Americans, along with millions around the world, stood up and spoke out, and after that… Silence! To this day…Silence! As with the Jews who agreed with Jesus about their religion being hijacked by liars, scoundrels and hypocrites… today we see the same thing here.

Imagine for one minute if all of the Americans who know deep inside that our nation has become a military industrial empire actually spoke up. Instead of a handful of us out there on the street corners and town squares, there would be thousands, as that German lady suggested. What truth could then be expressed as to the few who do the lying, cheating and conning? One simple hour a week of public protest is all it would take to peacefully initiate real and lasting change in the very fabric of our society. We do not need leaders to tell us what to do; all we need is a ‘symphony of voices’ to shout down the hypocrites who are placed before us to hinder and confuse us. In a few weeks it will be the 16th anniversary of the most heinous act our government perpetrated, right up there with the truth of what transpired on September 11th, 2001. When will our decent, patriotic fellow Americans wake up and smell the coffee?