Home ABOMINATIONS The Words and Deeds of Social Imperialists

The Words and Deeds of Social Imperialists 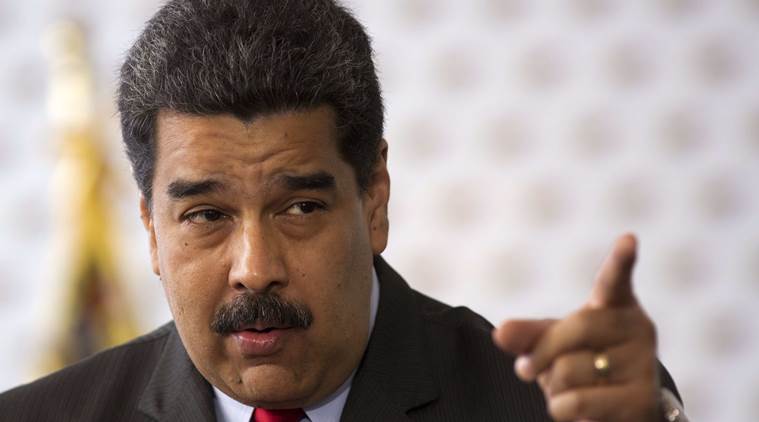 [dropcap]T[/dropcap]he US left makes celebrities of self-styled “socialists” that have no solidarity with real strugglers against imperialism in the world.

The best evidence of the profound weakness of the “left” in the United States is that it is necessary to credit Bernie Sanders with making “socialism” a benign term in national political discourse. The price of socialism’s admission to polite conversation here in the belly of the hegemonic capitalist beast is that it must always be chaperoned by the word “democratic” so as to distinguish it from supposedly “authoritarian” ideologies of the same name. The “democratic” modifier works wonders, magically enlarging the historical “socialist” camp to include President Franklin Roosevelt, a wealthy guy that never thought of himself as a socialist but whose 1944 Economic Bill of Rights is the verbatim source of Bernie Sanders’ brand of socialism. At the same time, almost all the actual socialist movements and governments in human history are demonized.

“Sanders and Ocasio-Cortez make weak noises against military action while accepting the rationale of the aggression.”

Under this “democratic” form of socialism, the capitalist ruling class is never overthrown, but nevertheless acquiesces to reforms that grant working people basic economic and political rights. Seeing no necessity to overthrow the Lords of Capital at home, the Sandernista socialists have no principled objection to the military-political-economic structures of global capitalism -- a system most people in the world call imperialism. But American “democratic socialists” don’t like that word because it tends to upset the U.S. ruling class. Moreover, Bernie’s brand of “socialists” carry around much the same list of enemy nations as their right-wing and “centrist” corporate comrades: Libya, Syria, and now Venezuela – the “authoritarian” socialists.

“The Sandernista socialists have no principled objection to the military-political-economic structures of global capitalism -- a system most people in the world call imperialism.”

Sanders’ socialism is devoid of solidarity -- except with those like-minded social democrats in white western Europe who long ago made peace with their own ruling classes and their predations in the colonized world, and who now accept the global domination of the U.S. war machine. V.I. Lenin put it succinctly in his 1917 volume, Imperialism, the Highest State of Capitalism. “The leaders of the present-day, so-called, ‘Social-Democratic’ Party of Germany are justly called ‘social-imperialists ,’ that is, socialists in words and imperialists in deeds.”

Under this “democratic” form of socialism, the capitalist ruling class is never overthrown, but nevertheless acquiesces to reforms that grant working people basic economic and political rights. Seeing no necessity to overthrow the Lords of Capital at home, the Sandernista socialists have no principled objection to the military-political-economic structures of global capitalism -- a system most people in the world call imperialism.
In current U.S. terms, “social imperialists” like Sanders and Alexandria Ocasio-Cortez are weak on peace -- only slightly less warlike than their corporate Democratic Party colleagues. In the face of President Trump’s blatant acts of war against Venezuela, including an ongoing attempted coup, savage economic sanctions, the outrageous theft of billions in economic assets, and threats of armed intervention, Sanders and Ocasio-Cortez make weak noises against military action while accepting the rationale of the aggression. Neither has a word to say about international law, a subject that has been banished from polite discourse in the imperial headquarters country.

“’Social imperialists’ like Sanders and Alexandria Ocasio-Cortez are weak on peace.”

When it comes to Venezuela, Bernie lies like an imperialist, and so does his protégé, Ocasio-Cortez. Venezuela is the champion nation of the hemisphere, and possibly the world, when it comes to holding free and fair elections under international observation. "As a matter of fact, of the 92 elections that we've monitored, I would say that the election process in Venezuela is the best in the world," said former president Jimmy Carter , who is no socialist of any kind. During the 2016 campaign, Bernie Sanders slandered the man who set this democratic and socialist process in motion, the late Hugo Chavez. “Yesterday, one of Hillary Clinton’s most prominent Super PACs attacked our campaign pretty viciously,” Sanders wrote in a fundraising letter. “They suggested I’d be friendly with Middle East terrorist organizations, and even tried to link me to a dead communist dictator” -- meaning Chavez, whose repeated re-elections were without blemish. In his CNN Town Hall this week, Sanders issued a scaled back lie against the socialist government of Venezuela. “I think the evidence is pretty clear that the last election in Venezuela was not a free and fair election under international supervision,” he said, parroting the coup-makers line with no justification in fact.

Sanders has perfected the art of duplicity to an extraordinary degree. Despite repeated betrayals, he continues to enjoy a huge following.

Having thus delegitimized the government in Caracas and endorsed the rationale for the attempted coup and possible invasion, Sanders then pretends to be a peacemaker:

“As you know, the United States overthrew democratically elected governments in Chile, and in Brazil, and in Guatemala and in other countries around the world. So, as someone who fervently believes in human rights and democracy, we have got to do everything we can. But I think sometimes you have unintended consequences when a powerful nation goes in and tells people who their government will be. So my view is that, whether it is Saudi Arabia which is the despotic regime, or whether it is Venezuela we must do everything we can to create a democratic climate. But I do not believe in US military intervention in those countries.”

Ocasio-Cortez badmouthed Venezuela the night of Donald Trump’s State of the Union address, framing the conflict as “an issue of authoritarian regime versus democracy” -- thus encouraging the coup-makers who, if successful, would carry out their threats to “exterminate” socialism in Venezuela.

Of the Democratic presidential contenders, only Tulsi Gabbard, the Hawaii anti-war congressperson who does not call herself a socialist, was emphatically anti-intervention. Gabbard tweeted: “The United States needs to stay out of Venezuela. Let the Venezuelan people determine their future. We don’t want other countries to choose our leaders — so we have to stop trying to choose theirs.”

“Only Tulsi Gabbard, who does not call herself a socialist, was emphatically anti-intervention.”

The rest of the Democratic candidates are warmongering imperialist pigs.

“What’s happening in Venezuela is a crisis. The people who have fled Maduro’s dictatorial regime deserve safety and protection. As President, I would immediately extend TPS status to Venezuelans. It’s the right thing to do. America must show moral leadership in this hemisphere.”

Kirsten Gillibrand is all-in for the coup. A spokesperson for the New York Senator told the Huffington Post  that Gillibrand “supports working with our allies to recognize Juan Guaidó -- who was legitimately elected -- as the interim president under the Constitution until Venezuela can hold new elections, And while she believes economic sanctions are the appropriate response to achieve this, she does not support sending troops to Venezuela.”

Elizabeth Warren regurgitated the imperial propaganda. “The Venezuelan people deserve free and fair elections, an economy that works, and the ability to live without fear of violence from their own government,” said the Massachusetts Senator.

New Jersey Sen. Cory Booker was a lower-key warmonger: “Maduro is alarming to me on many levels.”

Meanwhile, the 14-member Lima Group of white elite-led Latin American nations and the European bloc – Washington’s only allies in its strangulation of Venezuela – ruled out military action against Venezuela. Africa, the Caribbean (except for The Bahamas) and most of the rest of the world oppose the lawless U.S. actions and threats.

At last count 38 members of the U.S. House had signed on as co-sponsors of H.R 1004 , which would prohibit military action against Venezuela without permission of Congress. Among the co-sponsors is Alexandria Ocasio-Cortez, the “socialist” who, like Bernie Sanders, is glad to validate the 20-year-long bipartisan destabilization campaign against Venezuela, but balks at the ultimate imperial logic of actual U.S. invasion. This is what passes for “progressive” and even “socialist” among a phony and incoherent left that is incapable of real solidarity with any social forces in the world that are not vouched for by the rulers and their media. They have not learned the first thing about socialism, which is that you can’t be a socialist and an imperialist at the same time.