How to start a revolution – Joaquin Flores, Herland Report TV

Our esteemed colleague, Joaquin Flores, who is also founding editor of Fort-Russ.com, just did an interview on the Herland Report. In it Joaquin, an expert on these matters, further clarifies the fundamentals of a color revolution, and why Serbia, and Belgrade in particular, remain so critical for the understanding of how these often dreadful, externally-contrived social dislocations take place.

"In Yugoslavia, this was a planned process. This is important for people to understand today, whether it was Yugoslavia in the 1990’s or Libya, Syria or Ukraine, these were not spontaneous uprisings of people..." 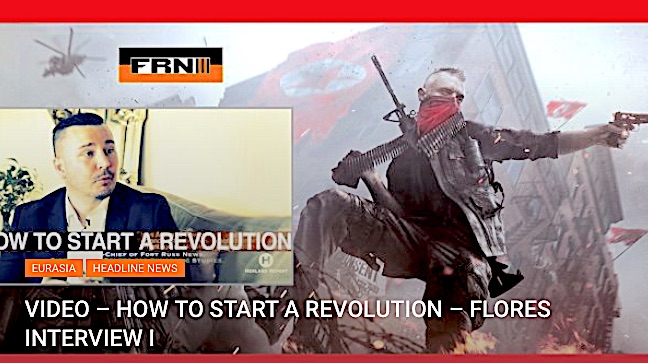 We had the pleasure of a sitdown with the accomplished journalist, who has in-depth knowledge and experience on how to create a revolution, discussing in particular the recent “revolutions,” beginning with Yugoslavia and the uprising against Milosevic in Serbia. 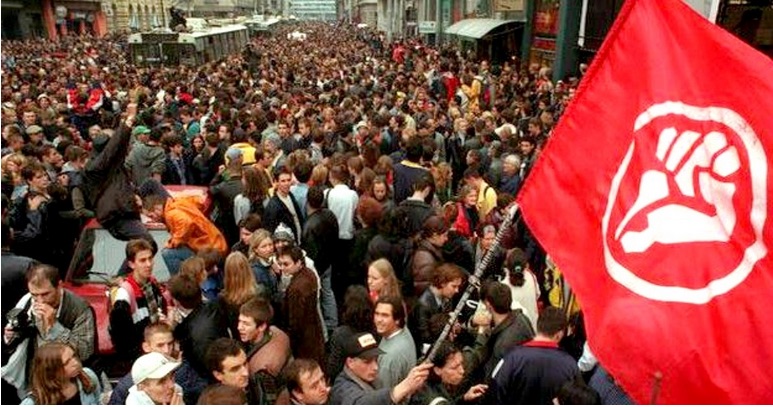 Fort Russ News editor-in-chief, Joaquin Flores states:  “Many of the current events were rolled out in prototype form in Yugoslavia. Yugoslavia had one of the most dynamic and growing economies in Europe and it was certainly a planned revolution. From the early 1970’s, when it was clear that eventually Tito was going to pass away, the plan was to break the country apart from the inside, into smaller pieces.”

“It is a science – it is an art – how to acquire an understanding and the unraveling of the socio-political, ethnological dimensions of a society and use it to break the nation apart. Because you can always take a country and break it further apart, you could take the French and break the south from the north with separatism. Or Spain, Italy.”

Flores explains: “In Yugoslavia, this was a planned process. This is important for people to understand today, whether it was Yugoslavia in the 1990’s or Libya, Syria or Ukraine, these were not spontaneous uprisings of people. These are planned revolutions, with graphs and charts and war rooms. Thousands of people just don’t show up, it has to be organized.”

“That is the great mythology that they are teaching now in the West about “democracy”, is that these uprisings are spontaneous. That is not to say that people do not have legitimate concerns, grievances, but they do not simply manifest on October 1st, in Central Square, without millions and millions of dollars spent to plan it, hundreds and hundreds of professional organizers on full-time salaries to make that happen. It is a really interesting process and you see it happening everywhere.”

This is the first in a series of programs with Fort Russ News editor-in-chief, Joaquin Flores.