Home ABOMINATIONS STARING INTO THE VOID

STARING INTO THE VOID

Humans can’t duck fatality.  A terminally ill or addicted person has to accept the fact if he hopes ever to be free the drug or to die at peace.  The mortal struggle with his hard reality begins, almost without exception, in denial. 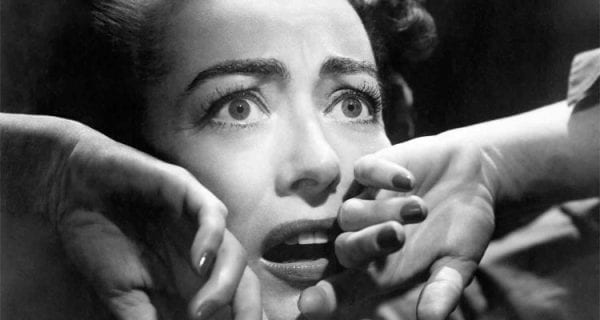 [dropcap]O[/dropcap]ur long national psychotic break is over.  After two years of tedium--hyped by a slavering press as foreplay to a shattering climax--and vacuuming of a dirtbagful of gross and petty financial, lobbying, influence peddling crimes by Trump punks, Mueller has declared there was no Russian collusion.

This, in a rational world, would be fatal to the Democratic Party.  Upon the unimaginable humiliation of Hillary, its Geezer/Crone Politburo decreed that her appalling channeling of Marie Antoinette could not have undone her.  Nor Trump’s Deplorables, either...  It had to have been demonic forces.

The Dems, and the Deep State War Machine they openly front for, had long settled on their Archdemon of choice.  It was him, then: Putin.

Just before Hill’s electoral faceplant, a Dem insider smuggled a ton of dirty top-secret oppo on Bernie to Wikileaks, so why not script and package a Trump-Putin-Assange yarn and sell it in holy outrage?  Treason to America by Trump was the perfect compelling story though, awkwardly, it was false, silly, and based on bought lies and perjurers’ inventions.  Mox nix: Bring it.

This had consequences.  Sowing pyroclastic, penny-dreadful bullshit daily in the MSM to hook the credulous, Dems morphed from a party lying with Obama’s suavete and decorum to one lying with vulgarity and desperation.  That is to say, style change had no effect on its real character at all, but by going all in on a lie they set off a powerful petard with which they are now hoist.  They have the choice of flogging their dead hobbyhorse or admitting they indeed are the noisomely discharging cloaca their lies baldly confirm.

This had consequences.  Sowing pyroclastic, penny-dreadful bullshit daily in the MSM to hook the credulous, Dems morphed from a party lying with Obama’s suavete and decorum to one lying with vulgarity and desperation.  That is to say, style change had no effect on its real character at all, but by going all in on a lie they set off a powerful petard with which they are now hoist.  They have the choice of flogging their dead hobbyhorse or admitting they indeed are the noisomely discharging cloaca their lies baldly confirm.

They and their filthy media sluts--from the demented Harpy, Maddow, to the Grey Lady who, hiking her skirt, was gleefully putting out to sell the line--are all stunned their toxic con has imploded and its bad gas evaporated.  Their tactic now will be to move the goal posts, to alter the bill of attainder, to try to refocus their animus where it should have been all along: on the sick, sleazy, pimp-and-hustler “ethics” of the odious swine whose scurrilous methods and means they knowingly embraced as their own.

If this revolting saga concerned a rabid, lunatic tyrant and two degenerate gangster cabals, squalling and brawling in a small, inconsequential country it could be gagged over and dismissed, but it’s the central reality of the blundering, murderous giant whose bullying madness appalls the world.

A further empowered ethical monster is now free to inflict his horrifying want of humanity and judgment on mankind with the abject complicity of two cowering covens of moral castrati, one avid only to foul, enslave and loot the planet, the other to insanely provoke world war until they have it.

To put this dynamic disaster in context is not just sobering, it’s terrifying.  The U.S. is failing economically--making bombs, costly toys, and debt--raping its resources, siphoning wealth to the top and hard-wiring inequity.  Its War Machine has ravaged Arab nations only to be swiftly given the Bums Rush.  It has failed spectacularly with the world’s most overhyped, wasteful army to achieve its purposes in Afghanistan, Libya, Iraq, Syria and Pakistan.  It’s been stalemated, balked, and rebuked by the only nations comparable in power--Russia and China--against either of which in a war scenario, according to military and RAND assessments, it would, quote, “have its ass handed to it”.  It has alienated friends, foes, and victims with daft indifference.  It has had its lordly dictums and ultimatums derided and laughed at while denying all science and evidence in favor of destructive profiteering and infantile pique.  It has quashed efforts by weaker nations toward decent governance and humane policies while embracing as allies the most brutal, ugly, racist regimes on earth in all their apartheid tyranny.

It sickens the soul that such horrific crimes are perpetrated in our name.  In that sense, we are also victims.  The vicious cliques who govern us belong to the juggernaut, Cancerous Capitalism.  Democracies--so called--fail historically, subverted by money.   Ours, born impaired, is dead.  Innocent, deluded people will continue to be hoodwinked by the cowardly, decayed entities Big Capital endows to exacerbate their fears, hates and prejudices.

Primo Levi, in “Surviving Auschwitz”, cites the Warsaw Ghetto uprising as a comprehensible human response to The Intolerable.  We’re conditioned to accept the intolerable and deny it and, of course, our intolerable is not the horror theirs was.  Yet.  Ours is more like that of the Germans in ‘42.  They were able to deny it to the very end.  Do we have that kind of endurance? 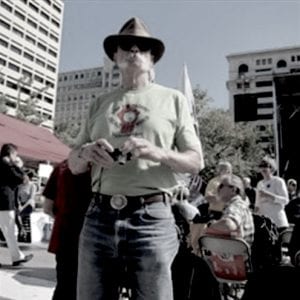 PAUL EDWARDS, Senior Contributing Editor • Edwards is a genuine Renaissance man, gifted with many talents and participant in many events and struggles of our tormented times. Our colleague Jeff Brown, who did a fine interview with him, sums it up thusly: “Paul’s life story is worthy of a biography: a rebel youth growing up, traveling and working around the world and then a long career as a Hollywood writer. Through it all, he has never lost his lifelong wrath against US imperialism and global capitalism, while seeking social and economic justice for humanity’s 99%…”

Get the definitive history of the Russo-American conflict today!