Home ABOMINATIONS Will Rachel Maddow face a reckoning over her Trump-Russia coverage?

Will Rachel Maddow face a reckoning over her Trump-Russia coverage?

"With Trump has come two years of conspiracy-mongering about Russia – and at the top of the heap is none other than MSNBC’s Maddow..."

The worst-kept secret in the liberal media ecosystem is that Donald Trump is great for business. Rebranded for the resistance, liberal newspapers gobbled up thousands of new subscribers while local outlets die across America, unable to feast on the Trump manna. On television, left-leaning stations, at long last, competed with Fox in the ratings game, fueled by a never-ending Trump obsession.

With Trump has come Russia: two years of conspiracy-mongering about whether the president, a failed real estate mogul and reality TV star consumed with dubious deal-making, conspired with the Russian government to influence the outcome of the 2016 election. Robert Mueller’s determination that no evidence exists to prove Trump and Russian colluded to fix the election has exposed, once again, the venality of A-list political punditry. At the top of the heap is none other than MSNBC’s Rachel Maddow.

Maddow, of course, was not alone. The New Yorker once ran a cover in Russian, a stunt that will age as terribly as all cold war-era red-baiting has to our 21st-century eyes. Last year, New York magazine’s Jonathan Chait baselessly posited (in another cover story) that Trump may have been a Russian “asset” since 1987. CNN was a daily carousel of Russiagate pundits. 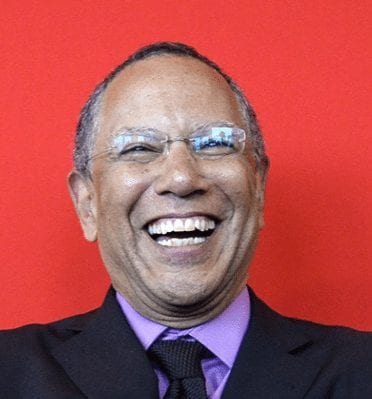 NYTimes' Dean Baquet: impudence writ large. What is power for if it does not insulate you from your own criminality?

“We wrote a lot about Russia, and I have no regrets,” said the New York Times’ executive editor, Dean Baquet, in an interview after the Mueller report came in. “It’s not our job to determine whether or not there was illegality,” he added. Other news executives have also defended their coverage. CNN’s president, Jeff Zucker, said: “We are not investigators. We are journalists, and our role is to report the facts as we know them, which is exactly what we did.”

Still, it’s abundantly clear now that many liberal outlets overdid it in their fervor. And Maddow, MSNBC’s ratings juggernaut of the Trump era, is the embodiment of this overzealousness. The Mueller investigation was covered more on MSBNC than any other television network, and was mentioned virtually every day in 2018. No twist was too minuscule or outlandish for Maddow; every night, seemingly, brought another nail in the coffin of the soon-to-be-dead Trump presidency.

There was the time Maddow theorized that Trump was “curiously well-versed” in “specific Russian talking points”, strongly implying press briefings were dictated from the Kremlin. An American missile attack on Syria, Maddow concurred, could have been orchestrated by Putin himself. During a cold snap, the Russian government could shut down our power supply. Putin could blackmail Trump into pulling troops from Russia’s border.

Maddow was not only certain that Russians had rigged the election. On air, she would talk about the “continuing operation” – the idea that the Kremlin was controlling the Trump presidency itself. In more sober times, this brand of analysis would barely cut it on a far-right podcast. In the Trump era, it was ratings gold.

Maddow is much smarter than this. But the siren song of ratings is too difficult for a TV personality ignore, especially when a television network is transformed from an also-ran into a top contender.

But none of it will have to do with a fantastic collusion case. Rather, it will concern old-fashioned, sloppy corruption of the type Trump and his ilk – greedy pols and fraudulent businessmen – have engaged in for generations. It’s more destructive and more banal. It will not end his presidency, because federal prosecutors have reached a consensus that a sitting president probably cannot be indicted. Once Trump is out of office, the prosecutorial wheels can keep turning.

The case of Russian collusion served as soma for the Democratic masses addicted to cable TV and prestige news outlets, where the story could never die. Focus enough on Trump’s “illegitimate” presidency – Russian agents installed him! – and forget the catastrophic failure of the Democratic party to elect Hillary Clinton and stop Trump’s shambolic candidacy.

Unredeemable liberaloids: "Don't say Trump is exonerated. It's too soon for that..."—Andrew Gawthorpe

Forget too America’s structural inequities, its warped version of representative democracy, its original sins of slavery and Native American genocide, and its history, first and foremost, of elevating presidents who routinely flouted the constitution, whether it was Franklin Roosevelt imprisoning Japanese Americans, Abraham Lincoln suspending habeas corpus, or even George W Bush launching the Iraq war, a cataclysmic blunder that will reverberate across the Middle East for decades to come.

All of this is easy to wave away with the Trump-Russia wand. In this mythos, America was an unsullied country until Kremlin power brokers dropped Trump in the White House to control from afar. It is the cold war paradigm reborn, Russia the dark nemesis that must be slayed. Just as conservatives once ranted about communist infiltrations into all facets of American life, it’s liberal Democrats who now see Russia in every Trump foible.

Maddow surely understands this. There will be no deus ex Russia to save the American republic. Once Mueller’s name fades into history, she will have to find someone else to fill her primetime hours. 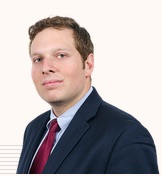 Ross Barkan is a freelance writer in New York City.

Nuclear Armageddon or peace? That is the question.
How did we come to be in this horrid pickle? Join the discussion! Read Ron Ridenour’s bestselling The Russian Peace Threat, the most scathing and irrefutable exposé of US foreign policy and its malignant obsession with the elimination of Russia as a countervailing force in world affairs. Buy it direct from us. You don’t have to patronize Amazon. Just click on the bar below.

Get the definitive history of the Russo-American conflict today!