[dropcap]S[/dropcap]ince the empire seemingly feels a shortage of native born warmongers and bloodsuckers, they also warmly embrace (and richly reward) foreigners like Fareed Zakaria, an ambitious interloper happy to join the crowded ranks of the nation's imperial verminocracy. Zakaria, a longstanding disinformation asset at CNN and the WaPo, both equally notorious for their Olympian disregard for truth, has been one of the network's battering rams against Trump, who, let's say it here for the umpteenth time, amply deserves to be attacked, but not in the utterly dishonest way the Democrats and their media shills, like Zakaria, do, for motives that only resonate within the narrow folds of the US ruling class. Zakaria, who also, channeling the CIA, earnestly but deviously recommended in 2014 that Snowden simply give himself up, and entrust his fate to the tender mercies of American justice (Why Snowden should stand trial in U.S), has been a fierce competitor for the "Never-Trumper" Obsession Award (chief rival being MSNBC's Rachel Maddow, of course) and one of the WaPo's leading resident russophobes, another crowded field, a role he also fills at CNN, naturally. Here's Zakaria delivering his poisoned screed. We tried people at Nuremberg for promoting "wars of choice", properly calling them a capital crime.  This guy—whose Ivy League credentials confirm both his and these institutions' moral and educational bankruptcy, as they obviously crank out far more sociopathic Machiavellis than honest interpreters of world affairs (he holds diplomas from Yale and Harvard), should keep that in mind as he continues to pollute the public mind with lies and innuendo that only benefit the Deep State, even if that fattens his bank account. The malignant effects of the continued pressure toward war—a cataclysmic one—exercised by these forces on the collective mind, including their own, cannot be overstated. About two years ago, Glen Ford, Black Agenda Report's founding editor, and easily one of this nation's most lucid public intellectuals, had this to say on this topic:

In his zeal to prove to his antagonists in the War Party that he is as bloodthirsty as their champion, Hillary Clinton, and more manly than Barack Obama, Trump seems to have gone “play-crazy” -- acting like an unpredictable maniac in order to terrorize the Russians into forcing some kind of dramatic concessions from their Syrian allies, or risk Armageddon.   However, the “play-crazy” gambit can only work when the leader is, in real life, a disciplined and intelligent actor, who knows precisely what actual boundaries must not be crossed. That ain’t Donald Trump -- a pitifully shallow and ill-disciplined man, emotionally handicapped by obscene privilege and cognitively crippled by white American chauvinism. By pushing Trump into a corner and demanding that he display his most bellicose self, or be ceaselessly mocked as a “puppet” and minion of Russia, a lesser power, the War Party and its media and clandestine services have created a perfect storm of mayhem that may consume us all.— Glen Ford, Editor in Chief, Black Agenda Report

His prescient words should be taken to heart. But am afraid that as long as there are still masses of comfortable idiots listening to these characters, that salubrious moment will not come to pass. 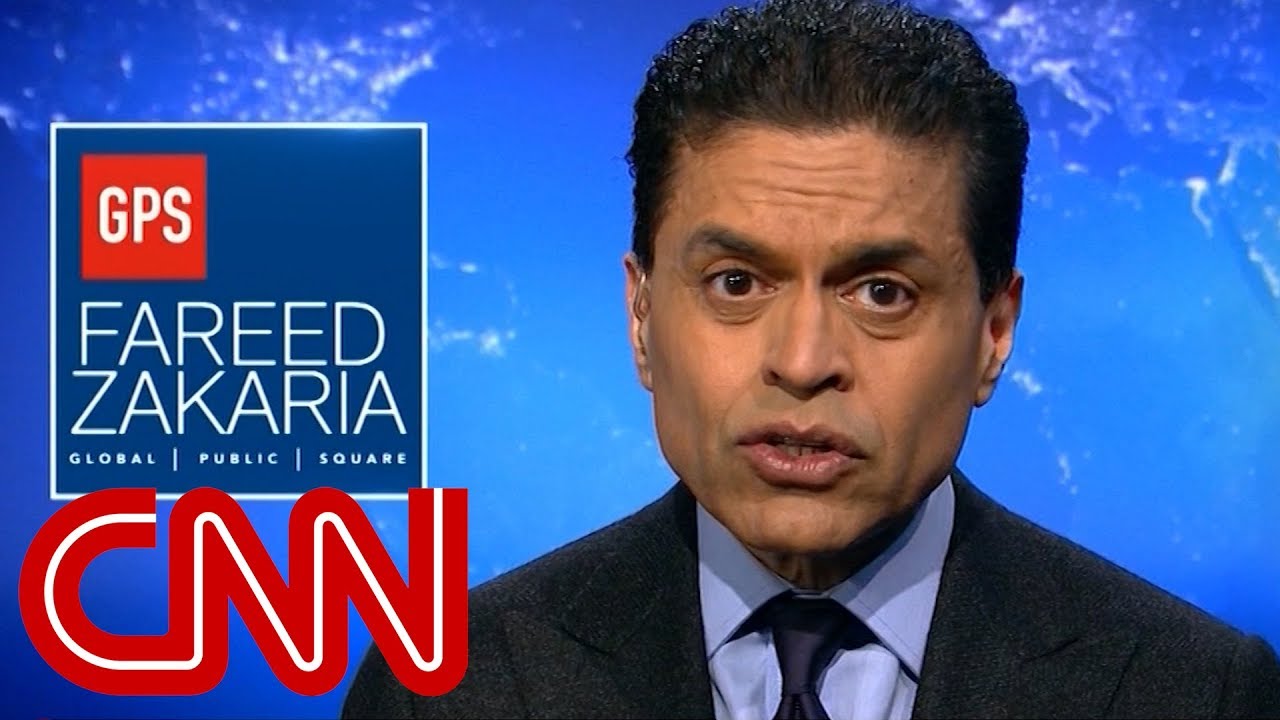 Fareed Zakaria: Is Venezuela where Trump finally stands up to Putin?

NEW YORK — President Trump faces a crucial test of his foreign policy and his resolve over Venezuela. His administration has made absolutely clear that the United States no longer considers Nicolas Maduro to be president, publicly backing Juan Guaido, the head of Venezuela's National Assembly, as the country's interim leader. Trump has gone so far as to urge the Venezuelan military not to follow Maduro's orders. These declarations are much stronger than the "red line" Barack Obama drew around Syrian president Bashar Assad.

So far, Trump's pressure has not worked. Maduro has dug in and the Venezuelan military has not abandoned its support for him. While U.S. sanctions may be hurting, they could also have the effect of creating a siege mentality that reinforces the regime's hold on the nation. This is what happened to varying degrees with Cuba, North Korea and Iran.

Venezuela is a complicated, divided country, and Maduro, as heir to the legacy of Hugo Chavez, does have some support in poor and rural areas. But far more significant in bolstering the regime has been Russia's open and substantial support. Moscow now admits that it has sent military personnel to Venezuela. Two Russian military planes arrived in the country last weekend, carrying about 100 troops.

This is just the latest in a series of moves by Moscow to shore up Maduro. Over the last few years, Russia has provided wheat, arms, credit and cash to the flailing Caracas government. Estimates of Russia's total investment in Venezuela vary from $20 billion to $25 billion. Russia now controls almost half of the country's U.S.-based oil subsidiary, Citgo, which has been a major source of government revenue. The Venezuelan military uses Russian equipment almost exclusively.

The Venezuelan gambit appears to be personally significant for Russian President Vladimir Putin. In recent years, as the Venezuelan economy has tanked and political instability has grown, even most Russian companies have abandoned the country, viewing it as too risky. But, as Vladimir Rouvinski writes in a report for the Wilson Center, Russian state-controlled oil giant Rosneft has persisted and even ramped up its support for Maduro. The company is led by Igor Sechin, who has close ties to Putin and is often called the second-most powerful man in Russia.

In other words, Putin is all-in with his support for Maduro. He is doing this in part to prop up an old ally, and because it adds to Russia's clout in global oil markets, but above all because it furthers Putin's central foreign-policy objective — the formation of a global anti-American coalition of countries that can frustrate American purposes and usher in a more multipolar world. Putin's efforts seem designed to taunt the United States, which announced the Monroe Doctrine in 1823, warning foreign powers to stay out of the Western hemisphere.

The big question for Washington is: Will it allow Moscow to make a mockery of another American red line? The U.S. and Russia have taken opposing, incompatible stands on this issue. And as with Syria, there is a danger that, if Washington does not back its words with deeds, a year from now, we will be watching the consolidation of the Maduro regime, supported with Russian arms and money.

The administration has been tough on Russian involvement in Venezuela. Trump himself has even declared, "Russia has to get out." But that is an unusual statement from Trump, who has almost never criticized Putin and often sided with Russia on matters big and small.

As former ambassador to Moscow Michael McFaul has written in The Washington Post, Trump has a remarkably consistent pattern of supporting Putin's foreign policy. Trump has threatened to withdraw from NATO and has announced the removal of American troops from Syria. He has publicly disagreed with his own intelligence community's conclusion that Moscow meddled in the 2016 elections, saying, "President Putin says it's not Russia. I don't see any reason why it would be."

McFaul pointed out: "Even on small issues of little relevance to American national interests, Trump sides with Putin. Why is Trump defending the Soviet Union's invasion of Afghanistan? Why is Trump expressing fear that the Montenegrins might spark World War III? These are Putin lines. Why is the president of the United States echoing them?"

I have never alleged collusion or conspiracy between Russia and Trump, writing merely that we should wait to see what evidence Robert Mueller presented. But the real puzzle remains: Why has Trump been unwilling to confront Putin in any way on any issue? And will Venezuela be the moment when Trump finally ends his appeasement?

From our archives: Hyper-Hypocrisy of The West about ISIS