This bigotry isn’t coming from the “lower-classes” that liberals love to mock so much, but from very top — the crème de la crème of our media and political class. 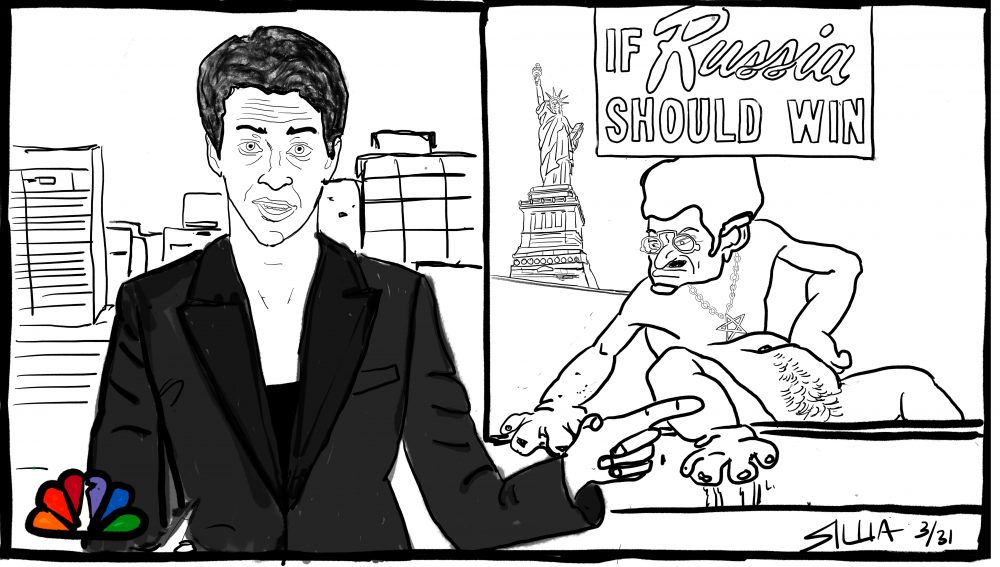 I’ve been trying to write about the liberal xenophobia that undergirds so much of today’s elite panic about “Russia” and “the Russians.” Since Trump’s election, the usual stereotypes and tropes about Russians have morphed into an all-encompassing racist conspiracy. It’s become totally fine — and even respectable — in American liberal media circles to bombard viewers and readers with all sorts of plots that feature shadowy Russians infecting “our” society and lurking behind everything that’s going wrong in America and around the world.

As a Soviet-born Jew who grew up in America, it’s been impossible for me not to notice just how similar these conspiracies are to old antisemitic fantasies about “Judeo-Bolsheviks” and the “Elders of Zion” — deadly fairytales about degenerate “easterners” wielding total power in secret, and plotting from the shadows to dominate and exploit white, Christian civilization. This bigoted paranoia also recalls the virulently racist campaigns of the 19th century that targeted Irish, Chinese, Japanese, Italian, Mexican, as well as Russian and various Eastern European immigrants and laborers, and blamed them for infecting and degrading American society. 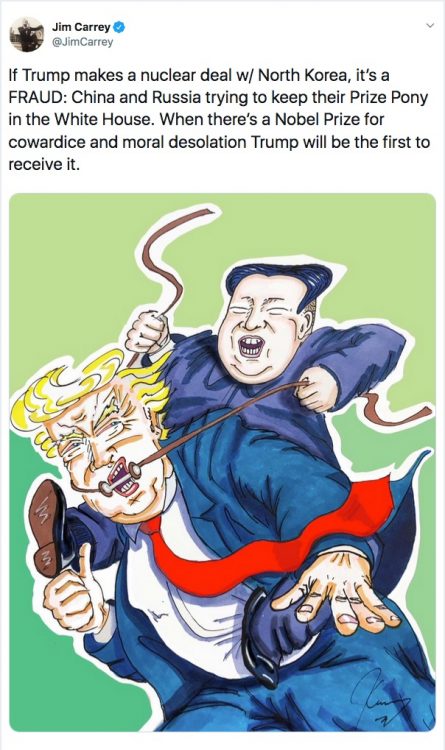 As if we needed more proof that Hollywood liberals are almsot all certifiable imbeciles: Jim Carrey flogs Trump for advancing peace with North Korea.

The liberal journalists, academics, media personalities, Hollywood stars, intelligence officials, and New York Times documentary filmmakers who’ve been screeching about “the Russians” for the past three years may not be aware that they’re serving up reheated racist fantasies, but they are. And this bigotry isn’t coming from the “lower-classes” that liberals love to mock so much, but from very top — the crème de la crème of our media and political class. One day you get Rachael Maddow working herself into paranoid seizure about a supposed Russian plot to cut power lines and freeze millions of Americans in their sleep. On another, you can watch the screenwriter of Mrs. Doubtfire take to the Internet to theorize about how the Russians are plotting to take down Joe Biden (and I guess to covertly boost Bernie Sanders) by getting an American politician to highlight the creepy and demeaning way Biden treats women.

It’s gross, and it goes to show that the respectable liberal opposition to Donald Trump is no less racist and paranoid than he is — it just operates in a different xenophobic market demographic.

Anyway, I say that I’ve been “trying” to write about this because, well, it’s such a gross and unpleasant topic that it’s hard to find the words. So I’ve mostly been drawing. Well, at least for now. 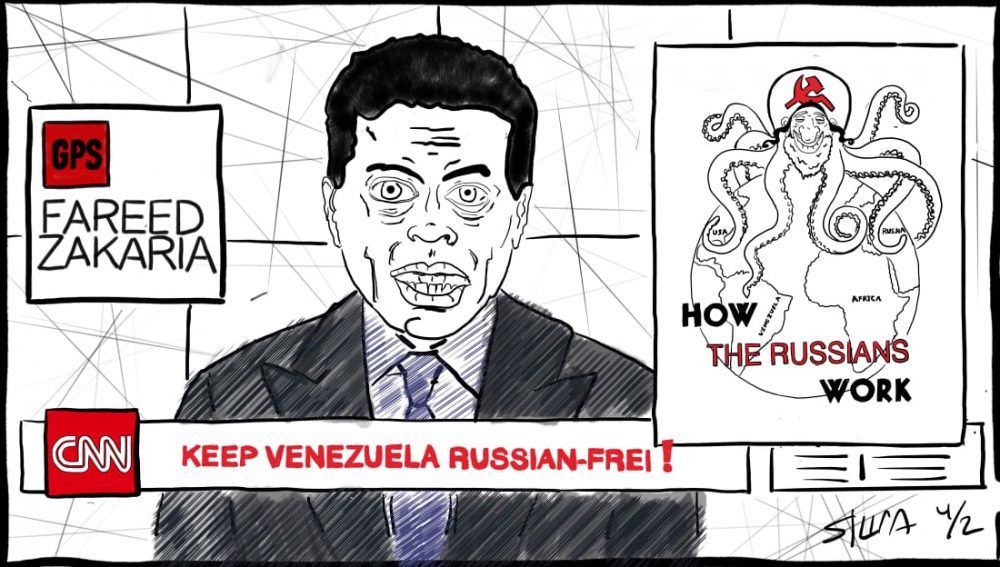 ABOUT THE AUTHOR
Yasha Levine is the author of Surveillance Valley: The Secret Military History of the Internet •  Image copyright: Yasha Levine.