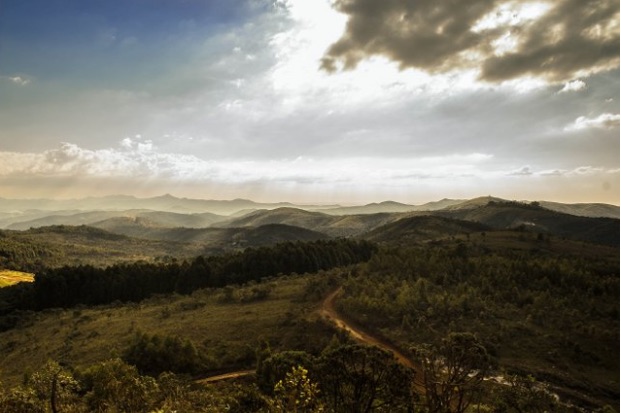 [dropcap]T[/dropcap]here is a trend that seems to have been going on in the world for a pretty long time now. Rulers in the world have been actively suppressing a particular kind of social movement whenever and wherever it appears. These movements vary in name and in scale, but they are united in principle. In principle, what they all have in common is they are inspired by and founded upon principles of cooperation among people.

Consider for example the United States' long standing anti-socialist policies toward Latin America. These have led the overthrow of one socialist government after another all throughout Latin America and for many years. Even now this policy has not changed, an overthrow attempt in Venezuela is ongoing. Commenting on the subject publicly in mid February Trump tweeted, "We are here to proclaim that a new day is coming in Latin America. In Venezuela and across the Western Hemisphere, Socialism is DYING...".

Even more, as documented by Wayne Madsen for the Strategic Culture Foundation, a number of right wing leaders throughout south and central america have recently come together to form an official coalition whose purpose is to, essentially, combat socialist movements in the region. They seek to, "eradicate all vestiges of Venezuela’s late president, Hugo Chavez, and Brazil’s wrongfully-imprisoned past president, Inacio Lula da Silva."

Another example is the hippy movement of the sixties. This was a movement that, somewhat unexpectedly it seems, grew up right in our own backyard. This movement was also rooted in principles of peaceful cooperation among people, and it too was ruthlessly stamped out by our own government. As Richard Nixon's chief of domestic policy stated in an interview with Dan Baum for Harpers Magazine:

"The Nixon campaign in 1968, and the Nixon White House after that, had two enemies: the antiwar left and black people. You understand what I'm saying? We knew we couldn't make it illegal to be either against the war or black, but by getting the public to associate the hippies with marijuana and blacks with heroin, and then criminalizing both heavily, we could disrupt those communities. We could arrest their leaders, raid their homes, break up their meetings, and vilify them night after night on the evening news. Did we know we were lying about the drugs? Of course we did."

It's almost like, to them anyway, the world has contracted some kind of disease that keeps breaking out all over the place. Whenever they take their eye off some place, people start cooperating again, and they have to hurry in and smash those communities to bits before the cooperative ideas start to spread.

For them, this seems to be the crux of the problem. The cooperative paradigm is the better, more efficient paradigm. Why else would people keep doing it? Even when they know the U.S. will try to crush them, even now in Venezuela while the U.S. is actively crushing them, the people remain dedicated to socialism. Once people have seen how much better a cooperative paradigm is, they don't want to go back to the competitive one.

We can do a little thought experiment here to illustrate the point. Consider the two paradigms. One group says society will be more efficient if everyone competes with everyone else. Another group says society will be more efficient if everyone works together. One group suggests that everyone will be better off if we all fight over everything, and whoever gets the most stuff gets to keep it all, and if someone doesn't get anything at all, too bad. The other group says that if we all work together, we can ultimately accomplish much more and we can simultaneously ensure that everyone always has at least enough to get by.

Do we even need to analyze these alternatives? How can anyone with even a shred of intellectual honesty argue that people will get more done fighting amongst each other than they will by working together? It's absolutely ludicrous! If these people weren't actively trying to destroy us all the time, the situation would be quite funny.

The problem for us is, they are trying to destroy us all the time! These people are extremely dangerous. They are literally killing people in wars all over the world for profit. Their actual policy is to actively identify and destroy collectivist movements of any kind wherever they appear, and they do this using all kinds of brutal tactics. These people rule the world, and they have endless resources at their disposal. They are rich, they are powerful, and they are thugs.

Still, they have a problem. Their problem is that the truth is on our side. Their problem is that the cooperative paradigm is the better paradigm. This is why they have to keep stamping out movements whenever they pop up, because they don't want the word to get out. They don't want people to find out that a better paradigm exists.

This ties in to a related topic, that poverty is a feature not a bug of the current system. Poverty is actually a useful feature for the super rich. If you want people to do things that they would otherwise not want to do, you have to have some kind of leverage over them. You have to engineer a situation where if they refuse to do what you want them to do, then you can make them suffer. This is poverty.

If you want someone to work for long hours in an uncomfortable and unsafe factory, the alternatives have to be pretty bleak. They have to pretty much be living in abject poverty. In fact, for the rich capitalist, the more rampant poverty is, the more power he wields. If people are really poor, I'm talking on the brink of starvation poor, they can be convinced to do all kinds of horrible things for a just a bit money.

So this is the real reason why the rulers of the world are quick to stamp out such cooperative movements. These movements threaten to undermine their leverage, their control over the people. If everyone starts taking care of everyone, it could get to the point where all the people have enough to eat and a place to sleep. Then people will not behave like slaves anymore. If people are generally satisfied and taken care of, how can they be exploited? This is the problem for the capitalists.

Their greatest fear, by far, is that some cooperative ideology could take hold of the people everywhere. It would undermine their whole power structure. Without their leverage over the poor, the rich have no power.

If we were to free ourselves. If we were able to reshape society into a cooperative one, everyone would win, but in their minds they would have lost. They would have lost their control over society, which to them is the most important thing in the world. So this is not something they will allow.

So the point is this, they have always been fighting against cooperative ideologies, and they are prepared now to fight us again the next time we try to rise up. In fact, they have certainly seen the shifting tides. They are aware that people are waking up, and they have been making preparations for it. They are beginning to lock down the internet. The police all over the western world have been militarized. They are working hard to take away peoples guns. These people are preparing to go full authoritarian. They are preparing to lock down all of society. The question is, are we prepared to resist when they do?

The best way to get around the internet censors and make sure you see the stuff we publish is to subscribe to the mailing list for our website, which will get you an email notification for everything we publish.
ABOUT THE AUTHOR
Eddison Flame is an activist affiliated with several progressive organizations working in the field of ecosocialism.