Listen to "Empire-Episode45-PeterKoenig" on Spreaker.

Peter Koenig is an economist and geopolitical analyst. He is also a former World Bank staff who has worked extensively around the world in the fields of environment and water resources. He writes regularly for The Greanville Post, Global Research, ICH, RT, Sputnik, and other important alternative internet sites. He is the author of Implosion – An Economic Thriller about War, Environmental Destruction and Corporate Greed – fiction based on facts and on 30 years of World Bank experience around the globe. He is also a co-author of The World Order and Revolution! – Essays from the Resistance. 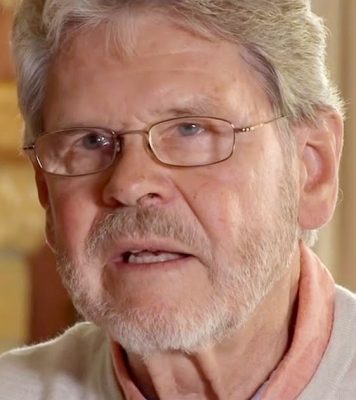 [dropcap]I[/dropcap] just interviewed former World Bank staff member and  geopolitical analyst Peter Koenig via telephone at his home in Geneva. Koenig had just returned from South America , a place where he has travelled to many times . One of the issues that he is very passionate about is the agenda by ( so called ) world health and finance organizations to privatize water... especially drinking water!  He understands how dangerous it is to allow private for profit companies to control our drinking water, whereupon the old saying of ' Profit over People' rings so true. This all made this writer think of when I  turned  on C-Span a few short years ago and caught the congressional hearing on the Flint water crisis. It  made me so angry that I  wanted to scream out loud!: ' You morons!  Why  is there no one there who will connect the dots!?' 'You had the former Mayor of Flint, the former EPA regional exec and the former ' Emergency City Mgr. all under the gun from those diligent bulldog congress people. The blame game was in full swing, and to some extent it was and is justified. The  mayor and the other band of bureaucrats did get early on information as to the harm the river water and lead filled pipes was doing to the citizens of Flint. Yet, there is a much more diabolical aspect of this story, and it filters out to many other municipalities throughout America. Part A of this aspect was shared by Mr. Early, the former Emergency Mgr. of Flint when he told anyone who would listen that " We did not have the $ 18 million it would cost " . He was referring to the charges made by almost everyone at that hearing as to why he did not heed the complaints he was receiving and switch back to the much safer Detroit Water Systems' water for Flint. Early was no saint, not at all. He, like the EPA exec and the Mayor, ignored the mountain of resident complaints and fears ( and the whistleblower's warnings ) as to the lack of safety in the river water ( and of course the lead in the pipes ). Part B of this is why the Governor did nothing to help out the city of Flint from this horror. When push comes to shove, though, it was really about Da Money or lack of it. Why?

My Florida congressman, John Mica, really took the mantle and lashed into the group of bureaucrats for ignoring the warnings etc. Yet, as with I am sure most and most likely all of those others on the committee ( and in the whole damn Congress ) Mica had continued to support any military spending proposal that came his way. It matters not, and it mattered not, whether it be under the Republican Bush Jr. or the Democrat Obama, Mica and the rest of those hypocrites allowed over 50% of your federal tax money to go towards military spending! They supported the illegal invasions and occupations of Afghanistan and Iraq and the illegal U.S. led NATO carpet bombing and regime change in Libya. Of course, they voted to support most, if not all , of the Pentagon's new weapons systems, nuclear subs and attack aircraft which are, in plain English, Overkill on steroids! These hypocrites and phony patriots voted to support our 1000 + bases worldwide and finance to the tune of over $ one million dollars yearly to keep one soldier in Afghanistan ( of course the cost of private mercenaries.. oh sorry .. private contractors is another add on to that cost ). Imagine, if you would, that keeping 18 U.S. service people in Afghanistan for one year equals the $ 18 million Flint needed to stay with the clean water in the first place!

We have many more cities like Flint all over our great nation. We have bridges and roads that are in disrepair. Our train system pales in comparison to any other one in any other of the industrialized nations. This is just for starters. This writer belongs to a non partisan nationwide group that demands that 25% of our current military spending be cut and sent back to our states and cities for use on infrastructure and other local emergency needs. One would speculate that having safe and secure drinking water should be on top of any such list. Apparently,  John Mica and his fellow hypocritical  Two Party colleagues did not agree with that. No, they continued and still continue to allow this Military Industrial Empire to chug along over the worn out and wounded majority of us. Sad.

The best way to get around the internet censors and make sure you see the stuff we publish is to subscribe to the mailing list for our website, which will get you an email notification for everything we publish.
ABOUT THE AUTHOR

Interview with the Russian Ambassador in Lebanon A. Zasypkin for Novaya Gazeta