Home ABOMINATIONS Stern warnings from Col. Larry Wilkerson about the billionaires’ plot to completely hijack America and the imperialist designs for Venezuela

Stern warnings from Col. Larry Wilkerson about the billionaires’ plot to completely hijack America and the imperialist designs for Venezuela 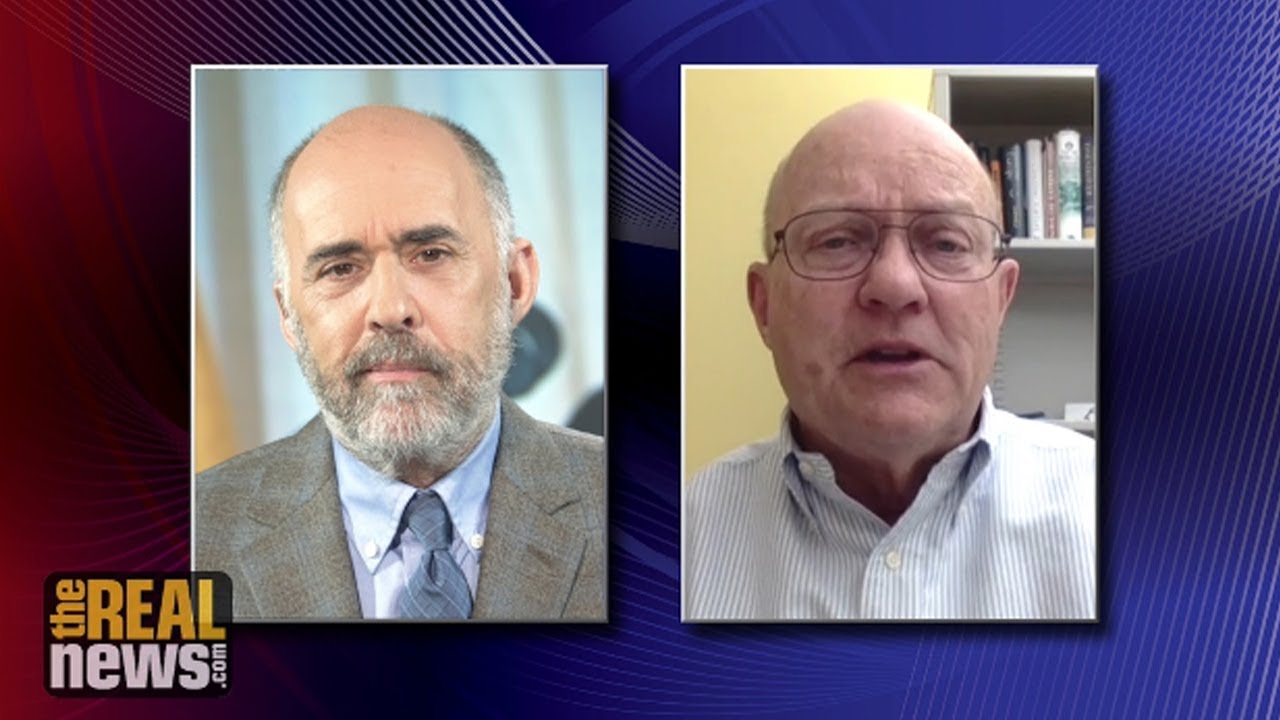 Trump promises “democracy and freedom” to Venezuela, delivered by Elliott Abrams who brought you illegal wars, coups, and support for dictatorships; and Mike Pompeo and VP Pence, both with deep ties to the Koch brothers who need Venezuelan heavy crude to feed their Texas refinery - Col. Larry Wilkerson joins TRNN’s Paul Jay

About the Author
Col. Wilkerson is a man of integrity. While, like most Americans he was born inside the exceptionalist/imperialist propaganda bubble, and in good faith fought to advance what he believed were sound and moral goals, his own exposure to the imperial wars gradually prompted a total conversion to an anti-establishment position. His bio (excerpts) speaks for itself:

Lawrence B. "Larry" Wilkerson (born June 15, 1945) is a retired United States Army Colonel and former chief of staff to United States Secretary of State Colin Powell. Since the end of his military career, Wilkerson has publicly criticized many aspects of the Iraq War, including his own preparation of Powell's presentation to the UN, as well as other aspects of American policy in the Middle East. Wilkerson was born in Gaffney, South Carolina. After three years of studying philosophy and English literature at Bucknell University, Wilkerson dropped out in 1966 and volunteered to serve in the Vietnam War. He told the Washington Post: "I felt an obligation because my dad had fought, and I thought that was kind of your duty."[3]

Wilkerson arrived as an Army officer piloting an OH-6A Cayuse observation helicopter and logged about 1100 combat hours over a year. He flew low and slow through Vietnam, and was involved in one incident in which he says he prevented a war crime by purposely placing his helicopter between a position that was full of civilians, and another helicopter that wanted to launch an attack on the position. He also had many vocal disagreements with his superiors and his own gunner crew over free-fire zones, including an incident in which one of his crew shot a wagon that wound up having a little girl inside it.[4] He went on to Airborne School and Ranger School before receiving his Bachelor of Arts degree in English literature and graduate degrees in international relations and national security. He attended the Naval War College in Newport, Rhode Island, and later returned there to teach. He later served as deputy director of the Marine Corps War College at Quantico.[5]
Source: Wikipedia

Daniel Ellsberg On Assange Arrest: The Beginning of the End For Press Freedom

Guest Editorial: The Age of Injustice