Home ACTIVISTS & HEROES WikiLeaks founder Julian Assange has been given an award established in honour of an assassinated journalist.

WikiLeaks founder Julian Assange has been given an award established in honour of an assassinated journalist. 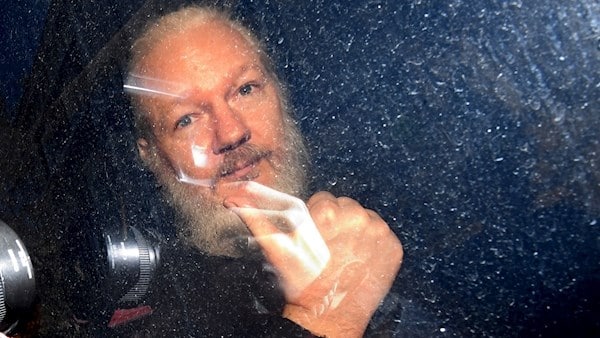 The Galizia prize for Julian

[dropcap]A[/dropcap]ssange, jailed in England last week after being forcibly removed from the Ecuadorian embassy in London, was awarded the 2019 GUE/NGL Award for Journalists, Whistleblowers & Defenders of the Right to Information.

It is sponsored by European parliamentarians after being established in 2018 in honour of assassinated Maltese journalist Daphne Galizia.

Nobel Peace prize winner Mairead Maguire, from Belfast, collected the award on Assange's behalf at an event in the European Parliament in Strasbourg.

"His imprisonment and threatened extradition to the United States has drawn a sharp line in the sand. You are either encouraging the crackdown on media freedom or you are standing with Julian Assange."

Assange had lived inside the embassy for almost seven years before his diplomatic asylum was revoked.

Our thanks to the Irish Examiner.

Phoenix in Knightsbridge: An exercise in daylight deceit