Home ABOMINATIONS Debunking The “Assange Is A Russian Agent” Smears 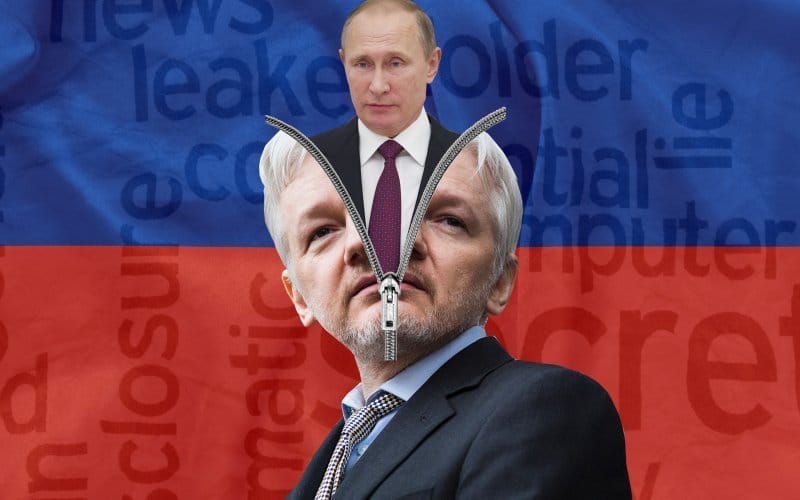 This is an excerpt from the upcoming mega-article “Debunking All The Assange Smears”, which is still under construction. I’m putting together a comprehensive list of all the major smears and disinfo that’s being circulated about Julian Assange, and refuting those arguments with the help of information brought to me by my readers and social media followers. Keep a lookout for the full article; it should be out soon, and it’s gonna be good. If you have any articles, tweets or short videos you’ve found which do a good job of refuting a specific Assange smear, please send them to me at admin@caitlinjohnstone.com, along with any smears you”d like to have more help addressing.

Not even the US government alleges that WikiLeaks knowingly coordinated with the Kremlin in the 2016 publication of Democratic Party emails; the Robert Mueller Special Counsel alleged only that Guccifer 2.0 was the source of those emails and that Guccifer 2.0 was a persona covertly operated by Russian conspirators. The narrative that Assange worked for or knowingly conspired with the Russian government is a hallucination of the demented Russia hysteria which has infected all corners of mainstream political discourse. There is no evidence for it whatsoever, and anyone making this claim should be corrected and dismissed.

But we don’t even need to concede that much. To this day we have been presented with exactly zero hard evidence of the US government’s narrative about Russian hackers, and in a post-Iraq invasion world there’s no good reason to go pretending that we have. We’ve seen assertions from opaque government agencies and their allied firms within the US-centralized power alliance, but assertions are not evidence. We’ve seen indictments from Mueller, but indictments are assertions and assertions are not evidence. This doesn’t mean that Russia would never use hackers to interfere in world political affairs or that Vladimir Putin is some sort of virtuous girl scout, it just means that in a post-Iraq invasion world, only herd-minded human livestock believe the unsubstantiated assertions of opaque and unaccountable government agencies about governments who are oppositional to those same government agencies.

If the public can’t see the evidence, then as far as the public is concerned there is no evidence. Invisible evidence is not evidence, no matter how many government officials assure us it exists.

The only reason the majority believes that Russia is known to have interfered in America’s 2016 election is because news outlets have been repeatedly referring to this narrative as an established and proven fact, over and over and over again, day after day, for years. People take this repetition as a substitute for proof due to a glitch in human psychology known as the illusory truth effect, a phenomenon which causes our brains to tend to interpret things we’ve heard before as known truths. But assertions are not the same as known truths. 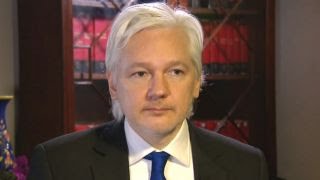 For his part, Julian Assange has stated unequivocally that he knows for a fact that the Russian government was not WikiLeaks’ source for the emails, telling Fox News in January 2017 that “our source is not the Russian government or any state party.” You may be as skeptical or as trusting in his claim as you like, but the fact of the matter is that no evidence has ever been made public which contradicts him. Any claim that he’s lying is therefore unsubstantiated.

This is the best argument there is. A lot of people like to bring up the fact that there are many experts who dispute the Russian hacking narrative, saying there’s evidence that the DNC download happened via local thumb drive and not remote exfiltration, but in my opinion that’s generally poor argumentation when you’re disputing the narrative about WikiLeaks’ source. It’s a poor tactic because it shifts the burden of proof onto you, making yourself into the claimant and then forcing you to defend complicated claims about data transfer rates and so on which most people viewing the argument won’t understand, even if you do. There’s no reason to self-own like that and put yourself in a position of playing defense when you can just go on the offense with anyone claiming to know that Russia was WikiLeaks’ source and just say “Prove your claim,” then poke holes in their arguments.

There is no evidence that Assange ever provided any assistance to the Russian government, knowingly or unknowingly. In fact, WikiLeaks has published hundreds of thousands of documents pertaining to Russia, has made critical comments about the Russian government and defended dissident Russian activists, and in 2017 published an entire trove called the Spy Files Russia exposing Russian surveillance practices.

Of course, the only reason this smear is coming up lately is because people want to believe that the recent imprisonment of Julian Assange has anything to do with the 2016 WikiLeaks email publications. It isn’t just the propagandized rank-and-file who are making this false claim all over the internet, but Democratic Party leaders like House Minority Leader Chuck Schumer and Center for American Progress president Neera Tanden. As we should all be aware by now, Assange’s completely illegitimate arrest in fact had nothing whatsoever to do with 2016 or Russia, but with the 2010 Manning leaks exposing US war crimes. Anyone claiming otherwise is simply informing you that they are brainwashed by Russia conspiracy theories and have no interest in changing that character flaw.

The smearer may claim “Well, he toes the Kremlin line!” When you ask them to explain what that means, they’ll tell you it means that WikiLeaks speaks out against western interventionist and war propaganda narratives like Trump’s bombing of Syria, or their criticism of the establishment Russia narrative which tries to incriminate WikiLeaks itself. That’s not “toeing the Kremlin line,” that’s being anti-interventionist and defending yourself from smears. Nobody who’s viewed their 2010 video Collateral Murder will doubt that criticism of the US war machine is built into the DNA of WikiLeaks, and is central to its need to exist in the first place.

The smearer may claim, “Well he had a show on RT in 2012!” So? What other network would air a TV program hosted by Julian Assange? Name one. I’ll wait. If you can’t name one, consider the possibility that Assange’s appearances on RT were due to the fact that western mass media have completely deplatformed all antiwar voices and all criticism of the political status quo, a fact they could choose to change any time and steal RT’s entire audience and all their talent. The fact that they choose not to shows that they’re not worried about RT, they’re worried about dissident thinkers like Assange.

In reality, Assange’s 2012 show “The World Tomorrow” was produced separately from RT and only picked up for airing by that network, in exactly the same way as Larry King’s show has been picked up and aired by RT. Nobody who isn’t wearing a tinfoil pussyhat believes that Larry King is a Russian agent, and indeed King is adamant and vocal about the fact that he doesn’t work for RT and takes no instruction from them.

The only people claiming that Assange is a Russian agent are those who are unhappy with the things that WikiLeaks publications have exposed, whether that be US war crimes or the corrupt manipulations of Democratic Party leaders. It’s a completely unfounded smear and should be treated as such.

To be continued! Keep a lookout for the full mega-article, “Debunking All The Assange Smears”, which I’m working on furiously and which will be out shortly.

ABOUT THE AUTHOR
Caitlin Johnstone is a brave and lucid Australian journalist dedicated to exposing the lies and crimes of the US-led empire.
About the Author

THE MUELLER REPORT’S LONG TAIL—Moon of Alabama weighs in