Why Boeing and Its Executives Should be Prosecuted for Manslaughter

Type the word “manslaughter” into any news search engine and up will come a series of stories of ordinary Americans charged with killing others through criminal negligence or recklessness.

One such case that came up this month involved a Pennsylvania man who plead guilty to manslaughter. The man was accused of texting while driving and as a result killed a 12-year old girl walking on the side of the road. The driver obviously didn’t intend to kill the 12-year old girl. But due to his recklessness, he did. And he will now spend time in jail.

If manslaughter charges can be brought against ordinary American citizens, why not against powerful American corporations and their executives?

Two Boeing 737 Max 8 jets have crashed within five months leaving 346 dead. Early evidence of Boeing’s wrongdoing in the design of the 737 Max 8 and the company’s failure to train pilots to handle its Maneuvering Characteristics Augmentation System (MCAS) warrants a criminal manslaughter prosecution of both the company and the responsible executives. 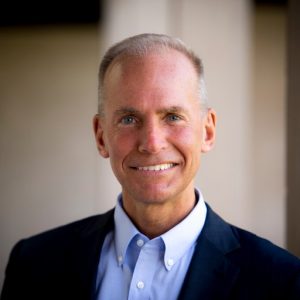 Muilenburg: Guilty at least of aggravated manslaughter. But don't hold your breath. This is America.

Boeing CEO Dennis Muilenburg has admitted that “it’s apparent that in both flights, the MCAS activated in response to erroneous angle of attack information.”

And Boeing kept pilots in the dark about potential failure modes that could result in a taxing mental and physical struggle in the cockpit with just seconds to execute correct decisions and maneuvers.

Pilots complained saying that it is “unconscionable” that Boeing, the Federal Aviation Administration and the airlines had pilots flying without adequate training or sufficient documentation about the MCAS system, that the flight manual “is inadequate and almost criminally insufficient.”

Denis Tajer, an American Airlines pilot and spokesperson for the pilots’ union, the Allied Pilots Association, said that the MCAS “was designed in a hideous manner.”

“MCAS was a monster,” Tajer told the Seattle Times last week after a meeting with the Federal Aviation Administration. (FAA).

Jon Weaks, president of the Southwest Airlines Pilots Association, told the Seattle Times that the airline and the pilots “were kept in the dark” about the MCAS.

“We do not like the fact that a new system was put on the aircraft and wasn’t disclosed to anyone or put in the manuals,” Weaks said.

“Boeing will, and should, continue to face scrutiny of the ill-designed MCAS and initial nondisclosure of the new flight control logic,” Weaks wrote last week.

Boeing is one of the most powerful corporations in the United States. In Washington, Boeing flexes its political muscle with a couple of dozen in-house lobbyists and another twenty or so outside lobbying firms. Boeing spends $15 million a year on lobbying and donated about $4.5 million to congressional candidates and other political committees in the 2018 midterms alone.

There has not been one mention on Meet the Press of the Ethiopian Airlines Boeing 737 Max 8 crash near Addis Ababa killing all 157 passengers and crew on board in the six Meet the Press shows since that March 10, 2019 crash.

The only mention of Boeing during any of those shows is an announcer saying that Boeing is a sponsor of Meet the Press.

(And it’s not as if Meet the Press doesn’t cover disasters. They do. On the March 17, 2019 episode of Meet the Press, the March 15 Christchurch, New Zealand massacre, which killed 50, was a major topic of conversation throughout the show.)

Manslaughter prosecutions in the United States against corporations are rare, and when they happen, they are mostly against small businesses.

Major corporations have been charged with manslaughter for the deaths of workers and consumers. But because of technical legal issues and the power imbalance in the legal system (with corporate defense lawyers often overwhelming state or federal prosecutors) even when cases are brought, these major corporations and their executives usually get off without a conviction. (That’s one reason why there are now calls for Congress to pass a federal corporate homicide law.)

There are exceptions. In 2013, BP was forced to plead guilty to manslaughter in connection with the deaths of 11 workers who died in the 2010 explosion and fire on the Deepwater Horizon rig in the Gulf of Mexico.

Like BP, the Boeing case is an exceptional case.

But industry aligned spokespeople are warning against a rush to criminal prosecution against Boeing. (USA Today recently ran an op-ed titled — Don’t rush into criminal case and don’t make safety a political football.)

There is no need to rush to judgment against Boeing.

Prosecutors should take their time in prosecuting Boeing and responsible Boeing executives for manslaughter. Civil and criminal fines, tort claim settlements, deterrence and rehabilitation are not enough.

Criminal prosecution is society’s strongest signal against anti-social behavior. It says — we believe what you have done is morally wrong and as a result, 346 innocents are dead. Justice must be done.

Prosecute Boeing and the responsible executives for manslaughter. Then let a jury decide on guilt or innocence. It’s the American way.

ABOUT THE AUTHOR
Russell Mokhiber is the editor of the Corporate Crime Reporter.

The Mueller report and the campaign against Russia

The Day that Notre Dame Caught Fire. A Recapitulation.