Published: April 26, 2019Last Updated on April 27, 2019 7 minutes read
Another important dispatch from The Greanville Post. Be sure to share it widely. 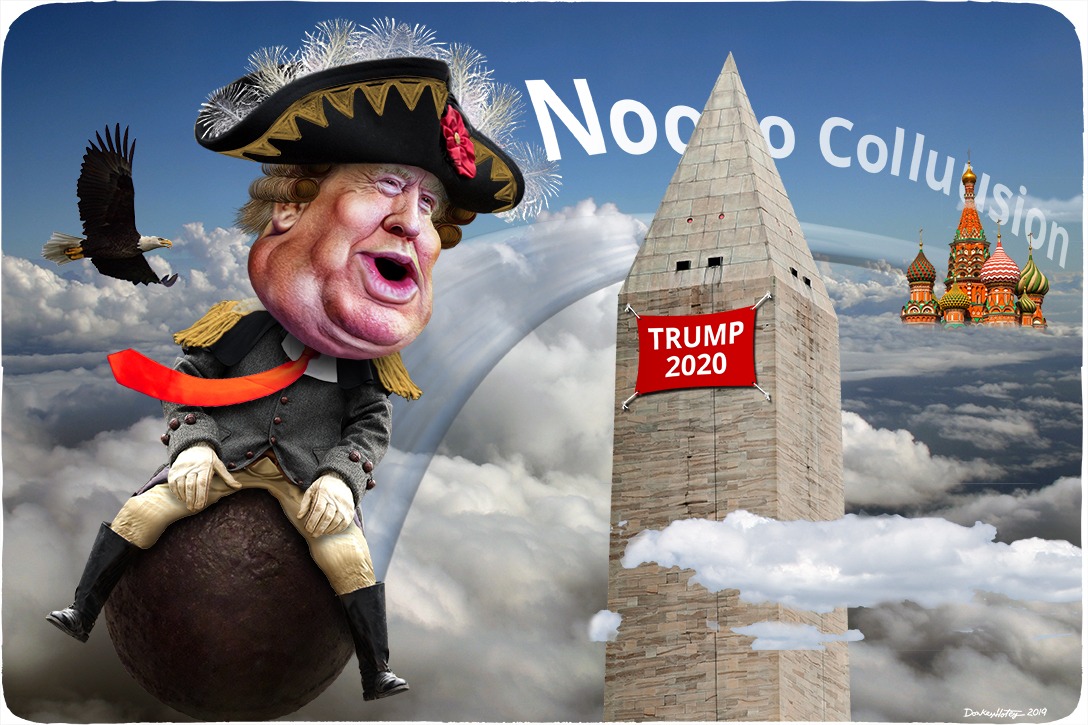 A dispatch from Consent Factory, Inc.
[dropcap]I[/dropcap]owe the corporate media an apology. For the last few years, I’ve been writing all these essays explaining how they were perpetrating an enormous psyop on the American public … a psyop designed to convince the public that Donald Trump “colluded” with Russia to steal the presidency from Hillary Clinton. Up until a few days ago, I would have sworn that they had published literally thousands of articles and editorials, and broadcast countless TV segments, more or less accusing him of treason, and being a “Russian intelligence asset,” and other ridiculous stuff like that. Also, and I’m still not sure how this happened, I somehow got the idea in my head that the investigation that Special Counsel Robert Mueller was meticulously conducting had something to do with Donald Trump conspiring or “colluding” with Russia, or being some kind of “Manchurian president,” or being blackmailed by Putin with a pee-tape, or something.

Not that he proved that there was no collusion! On the contrary, as professional hermeneuticists have been repeatedly pointing out on Twitter, given that Mueller wasn’t looking for collusion, and that collusion could never have been legally established, and isn’t even a legal term, Mueller’s failure to find any actual evidence of collusion is evidence of collusion, notwithstanding the fact that he couldn’t prove it, and wasn’t even looking for it, except to the extent it allowed him to establish a case for the obstruction he was actually investigating.

See, and this is why I owe the media an apology. All those thousands of hysterical articles, editorials, and TV segments accusing Donald Trump of treason, and of literally being a Russian agent, and probably Putin’s homosexual lover, were not just ridiculous propaganda. The corporate media were not engaged in a concerted campaign to convince the public that Trump conspired with a foreign adversary to brainwash millions of African Americans into refusing to vote for Hillary Clinton with some emails and a handful of Facebook posts. No, the media were simply covering the story of his obstruction of the investigation of the made-up facts the intelligence agencies got them to relentlessly disseminate to generate the appearance of a story, which, once it was out there, had to be reported on, regardless of how it came into being, or whose nefarious purposes it served.

Moreover, regardless of whether Mueller did or did not establish obstruction (or attempted obstruction, which is just as impeachable) of his non-investigation of collusion, he absolutely established that Russia attacked us by brainwashing all those African Americans who were definitely going to vote for Clinton until they saw those divisive Facebook ads and those DNC emails that Putin personally ordered Trump to order Paul Manafort to personally deliver to Julian Assange, who was hunkered down in the Ecuadorean embassy poking holes in King-size condoms, abusing his cat, and smearing invisible poo all over the walls of his kitchen.

Now, these are all indisputable facts, which Mueller establishes in his report by referencing the repeated assertions of a consensus of U.S. intelligence agencies, and the corporate media’s relentless repetition of those agencies’ assertions, and the feeling a lot of people have that they must be factual to some extent, given how often they have been repeated, and referenced, and authoritatively asserted, and how familiar they sound when they hear them, again. The fact that there exists no evidence whatsoever of any “Russian attack,” and that all we’re actually talking about is the publication of a bunch of emails that DNC members actually wrote, and some ridiculous social media posts, should not in any way detract from the fact that the Russians launched a totally devastating, virtually Pearl Harbor-scale attack on the fabric of American democracy, which Trump obstructed an investigation of, or attempted to obstruct an investigation of, or conspired to attempt to obstruct an investigation of obstruction of.

Or whatever. The point is, now they’ve got him! His justice obstructing days are numbered! Break out the pussyhats and vuvuzelas, because next stop is Impeachment City! So what if he’s not a Russian agent and didn’t conspire or collude with anyone? He got elected without permission, and insulted a lot of powerful people, and … well, who cares what they impeach him for, as long as they impeach him for something!

They kind of have to do it, at this point, don’t they? They just spent most of the last three years rolling out an official narrative in which the Russians are running around attacking democracy, poisoning ducks with Novichok perfume, fomenting populist uprisings in France, and just generally being the evil enemies that the Islamic terrorists used to be, before they turned into freedom fighters and helped us try to take over Syria.

If the Democrats don’t impeach Donald Trump, that official narrative might fall apart. Liberals might have to face the fact that Americans elected Donald Trump president, not because they were brainwashed by Russians, or had any illusions about what a thuggish, self-aggrandizing buffoon he is, but because they were so disgusted with the neoliberal Washington establishment, and the global capitalist elites that own it, that they leapt at the chance to vote against it, and probably would have elected anyone who promised to even marginally disrupt it … but there I go drifting off into my crazy conspiracist thinking again.

Anyway … I’m really sorry about all that stuff I wrote about the corporate media. Rest assured, that won’t happen again. Admittedly, I blew the Russiagate thing, but I promise to do better with Obstructiongate, or Tax-Returnsgate, or Whatevergate. It doesn’t really matter what we call it, right? The important thing is to teach the masses what happens when they vote for unauthorized candidates. We’re only halfway through that lesson. Stay tuned … there’s much, much more to come! 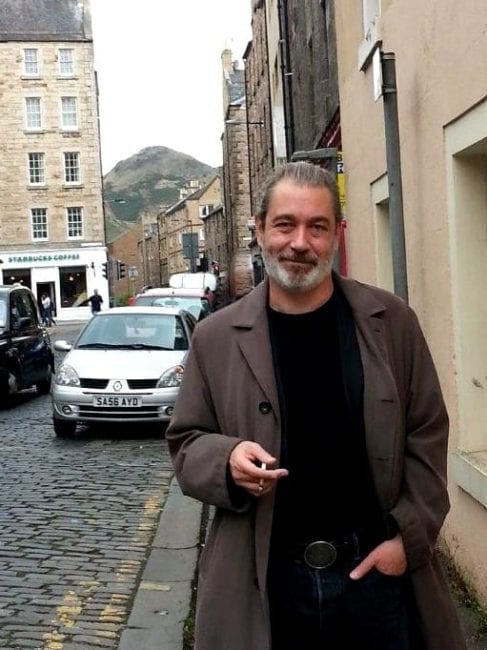 C. J. Hopkins is an award-winning American playwright, novelist and political satirist based in Berlin. His plays are published by Bloomsbury Publishing (UK) and Broadway Play Publishing (USA). His debut novel, ZONE 23, is published by Snoggsworthy, Swaine & Cormorant Paperbacks. He can be reached at cjhopkins.com or consentfactory.org.

French Muslim support of the Yellow Vests ignored by media

Is Andrei Martyanov right in his...