Baghdadi Is Back And Turkey Might Be His Next Target

Remember this dude?  He is back. 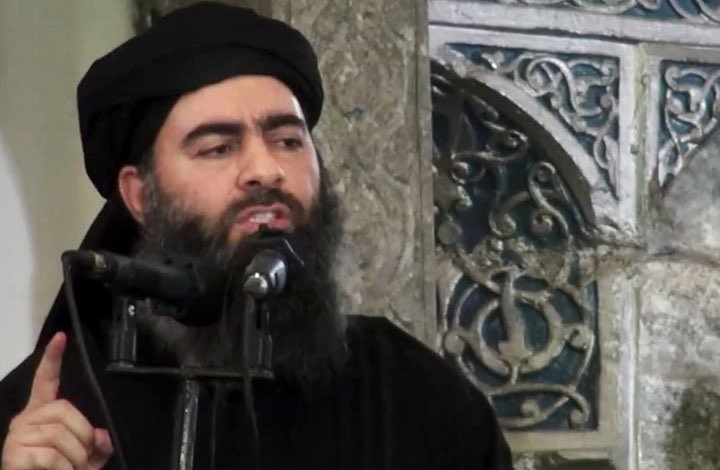 Abu Bakr al-Baghdadi, self declared caliph of ISIS, appeared in new video published today. These are the first pictures of him since some three plus years ago. He mentions the recent attacks in Sri Lanka which killed over 250 people and the recent ouster of Omar al-Bashir in Sudan. A short excerpt of the 18 minutes long video can be seen here. (eSe also below)

In one of his rare appearances since the 2014 famous video at the Nouri Mosque is #Mosul, #IS leader #alBaghdadi comments on latest developments in the region, without going into details, just making it clear the video is recent pic.twitter.com/NjUUhEYLMQ 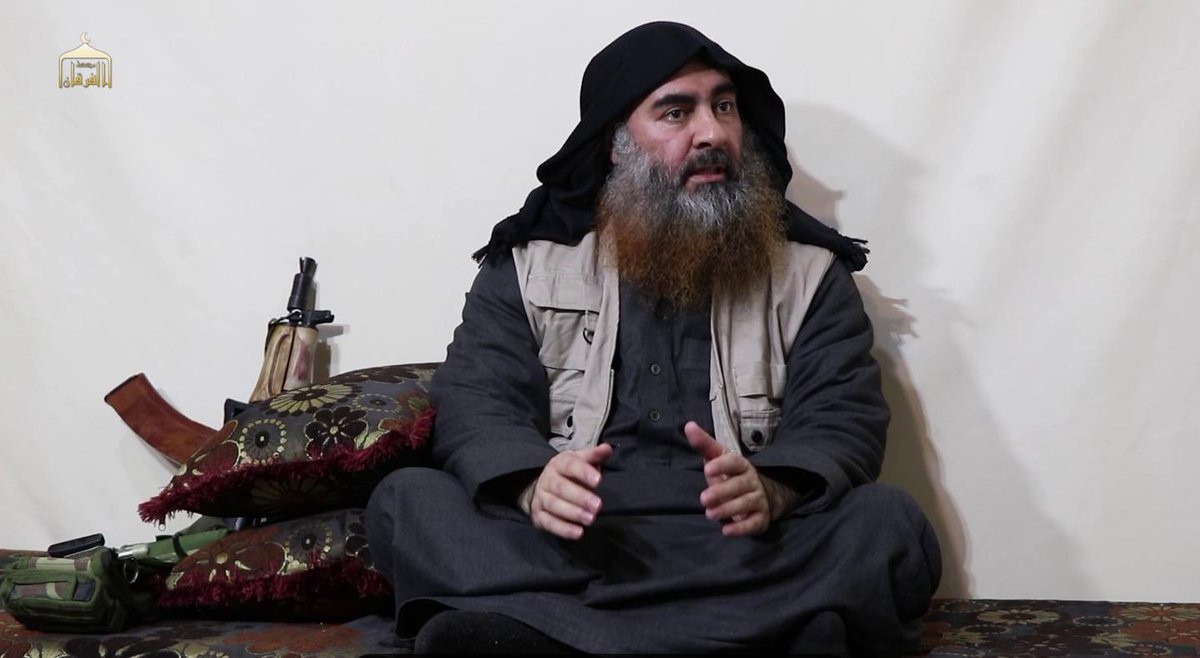 There are three disguised people Baghdadi is talking to. The video is heavily edited and it appears that it was filmed in several takes. The visible walls are of drapery but do not seem to be the inside of a tent. The ground is flat. The light is artificial. The sound is solid but has no echos. This was probably filmed in a room of a larger house.

The gun to his right is a Kalashnikov AKS-74U:

US journalist C. J. Chivers reported that the gun was nicknamed "the Osama" in jihadist circles, after Osama bin Laden was photographed next to an AKS-74U.

Baghdadi accepts the oath of loyalty from groups in Mali, Burkina Faso, Afghanistan and Sri Lanka. He says that the attack in Sri Lanka was in retaliation for Baghouz in Syria where ISIS made its last stand. Baghdadi claims that his jihadists did not hand over any area and died fighting to the end in Sirte, Mosul, Raqqa and Baghouz. At least the claim about Raqqa is wrong. When the U.S. destroyed Raqqa some 2-3,000 ISIS fighters negotiated their exit with the U.S. proxies on the ground and moved south-east to attack the Syrian army.

Baghdadi says that ISIS will eventually win in a war of attrition against the "Crusaders". This points to a continuous, geographically dispersed terror campaign after it no longer holds any ground. At one point one of the three other people gives him a folder with some plans. The folder is marked Wilayat Turkey. (Wilayat means province of the Islamic State). Baghdadi looks well fed. The reports of him ailing and thin are obviously wrong. His face and hands and those of his guests show no signs of harsh weather or even sun exposure.

One wonders who's guest he is.

Corporate Media Are Here to Warn You: Medicare for All Is a Very Bad Idea