Special Operations Chief Edward Gallagher, a US Navy SEAL awaiting a court-martial for war crimes charges, was systematically protected by his SEAL superiors for a year, a Navy investigation report covered by the New York Times reveals. Gallagher’s trial begins May 28 for premeditated murder, attempted murder, obstruction of justice and other crimes related to war crimes in Iraq, and there is an ongoing investigation into similar actions in Afghanistan. 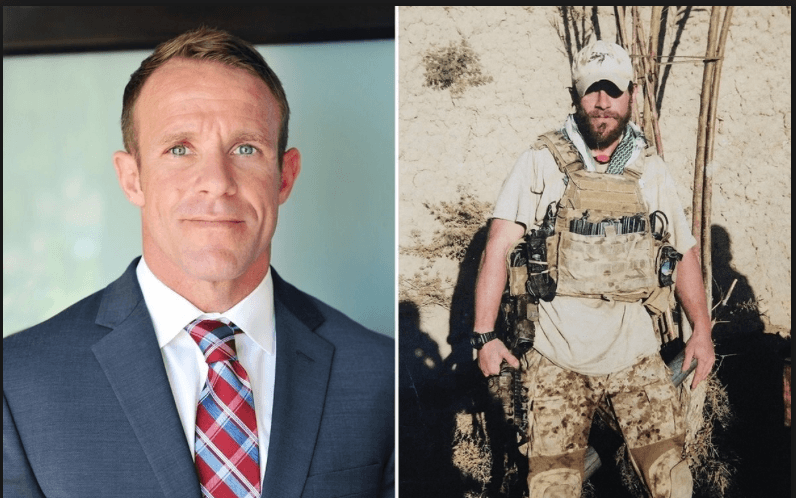 Gallagher: hero or sociopathic bully, depending on whom you ask.

The war crimes described in the 439-page report and the subsequent cover-up by Gallagher’s superiors highlight the toleration and promotion of deranged and fascistic elements within the military. The SEALs, which stands for Sea, Air and Land Teams, are the US Navy’s special operations force. They are closely tied to the Central Intelligence Agency, going back to SEAL-CIA operations during the Vietnam War and CIA recruitment from the SEALs today.

The central allegation against Gallagher, who also goes by the nickname “Blade,” is that he murdered a captive Iraqi teenager while deployed to Mosul. SEALs told investigators that on May 4, 2017, Gallagher heard that an Islamic State fighter had been wounded and was in custody. According to the Times, “Chief Gallagher responded over the radio with words to the effect of ‘he’s mine.’”

“A medic was treating the youth on the ground when Chief Gallagher walked up without a word and stabbed the wounded teenager several times in the neck and once in the chest with his hunting knife, killing him, two SEAL witnesses said.”

Gallagher then gathered SEALs for a gruesome reenlistment ceremony over the teenager’s body, complete with an American flag and photos.

That night or the next day, SEALs reported the incident to Gallagher’s immediate superior, a troop chief, as well as Lieutenant Jacob Portier, the platoon commander. Portier has been charged separately for allegedly covering up the stabbing because he lied to his own superior, Lieutenant Commander Robert Breisch, who asked if there was “anything criminal” associated with the reenlistment ceremony.

Gallagher’s alleged crimes—with most of those publicly cited in the press backed up by multiple witnesses and photo or video documentation—are an indictment of the American military. The SEALs have such a reputation for brutality, including against their own members, that Rear Admiral Collin Green, the SEAL’s top commander, “ordered a 90-day review of the force’s culture and training,” according to the Times.

SEALs also describe Gallagher shooting his sniper rifle “about ten times as often as other snipers,” including shooting a young girl and an unarmed old man (both incidents have two witnesses). A message in a Mosul sniper nest read, “Eddie G puts the laughter in Manslaughter.”

The Times describes how “one senior SEAL” alleged that Gallagher “routinely parked an armored truck on a Tigris River bridge and emptied the truck’s heavy machine gun into neighborhoods on the other side with no discernible targets.”

One SEAL told investigators that other snipers “began shooting warning shots at any civilians they saw on the battlefield so that the civilians would run away and [Gallagher] could not kill them.”

A separate investigation by the Naval Criminal Investigative Service (NCIS) is looking into Gallagher allegedly killing a goat herder in Afghanistan in 2010.

Gallagher’s alleged crimes—with most of those publicly cited in the press backed up by multiple witnesses and photo or video documentation—are an indictment of the American military. The SEALs have such a reputation for brutality, including against their own members, that Rear Admiral Collin Green, the SEAL’s top commander, “ordered a 90-day review of the force’s culture and training,” according to the Times.

On May 4, the International Committee of the Fourth International is holding its annual International May Day Online Rally, with speakers and participants from throughout the world. Register today!

Despite beginning in January, any findings or conclusions of the review have not been made public.

However, there is much more involved here than one war criminal. When SEALs attempted to report Gallagher’s actions, they were warned against it. Breisch and Master Chief Petty Officer Brian Alazzawi met with seven SEALs in March 2018, during which Breisch told SEALs “that while the SEALs were free to report the killings, the Navy might not look kindly on rank-and-file team members making allegations against a chief. Their careers could be sidetracked, he said,” according to the Times.

Alazzawi, perhaps saying more than he intended, warned SEALs that their allegations would have a wide “frag [fragmentation] radius” and could implicate many other SEALs.

One of the seven rank-and-file SEALs who attended the meeting described the message from Breisch and Alazzawi as “Stop talking about it.”

A few days after this meeting, Gallagher was awarded a medal for his conduct in Iraq.

It took another month for the SEALs to force their commanding officers to report Gallagher’s war crimes, including the stabbing of the teenager and the shooting of two unarmed civilians, to NCIS. The SEALs had threatened to go up the chain of command or directly to the press.

Either through being told by Breisch or Alazzawi or through some other means, Gallagher himself found out about the March 2018 meeting and set about turning other SEALs against those who had told officers about his crimes. He texted another SEAL chief, “I just got word these guys went crying to the wrong person.”

To a different SEAL, he texted: “The only thing we can do as good team guys is pass the word on those traitors. They are not brothers at all.”

After the internal cover-up failed, various reactionaries have lined up to defend Gallagher. Fox News has given extensive air time to Gallagher’s wife and brother. A letter calling for Gallagher to be freed pending trial was signed by 40 Republican members of Congress.

President Donald Trump, clearly seeking to mobilize fascistic elements in his base, tweeted, “In honor of his past service to our Country, Navy Seal #EddieGallagher will soon be moved to less restrictive confinement while he awaits his day in court. Process should move quickly!”

The individual crimes committed as part of the wars and occupations of American imperialism are the product of the more fundamental crime, the launching of the wars themselves. The architects of these crimes, including George W. Bush and Barack Obama, have gone unpunished after ordering aggressive military action in contravention of international law and the Nuremberg principles. The only person who faced charges related to the CIA’s torture program has been whistleblower John Kiriakou.

ABOUT THE AUTHOR
Josh Varlin writes for wsws.org, a Marxian  publication.