Maduro instructs military to prepare to repel US attack on Venezuela 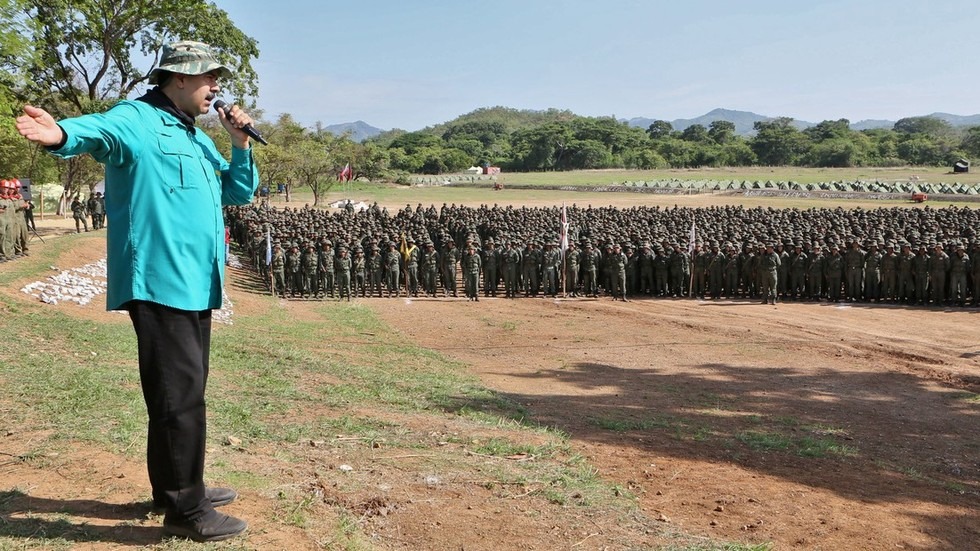 Venezuela's President Nicolas Maduro addressing the troops during military exercises of cadets of the Bolivarian Military University in the Cojedes state. © (Venezuelan Presidency)

Venezuelan President Nicolas Maduro has blamed the US for being behind the attempted coup that failed, and has urged his country’s military to be ready to defend against a military intervention by the Americans.

Venezuelan troops should “be ready to defend the country with weapons in hand if one day the North American empire dares to touch this land, this sacred ground,” Maduro said, addressing thousands of young cadets at a training range in the state of Cojedes.

“We are not a weak or helpless country. We are a country with a powerful Bolivarian National Armed Force that should be more united and loyal than ever.” 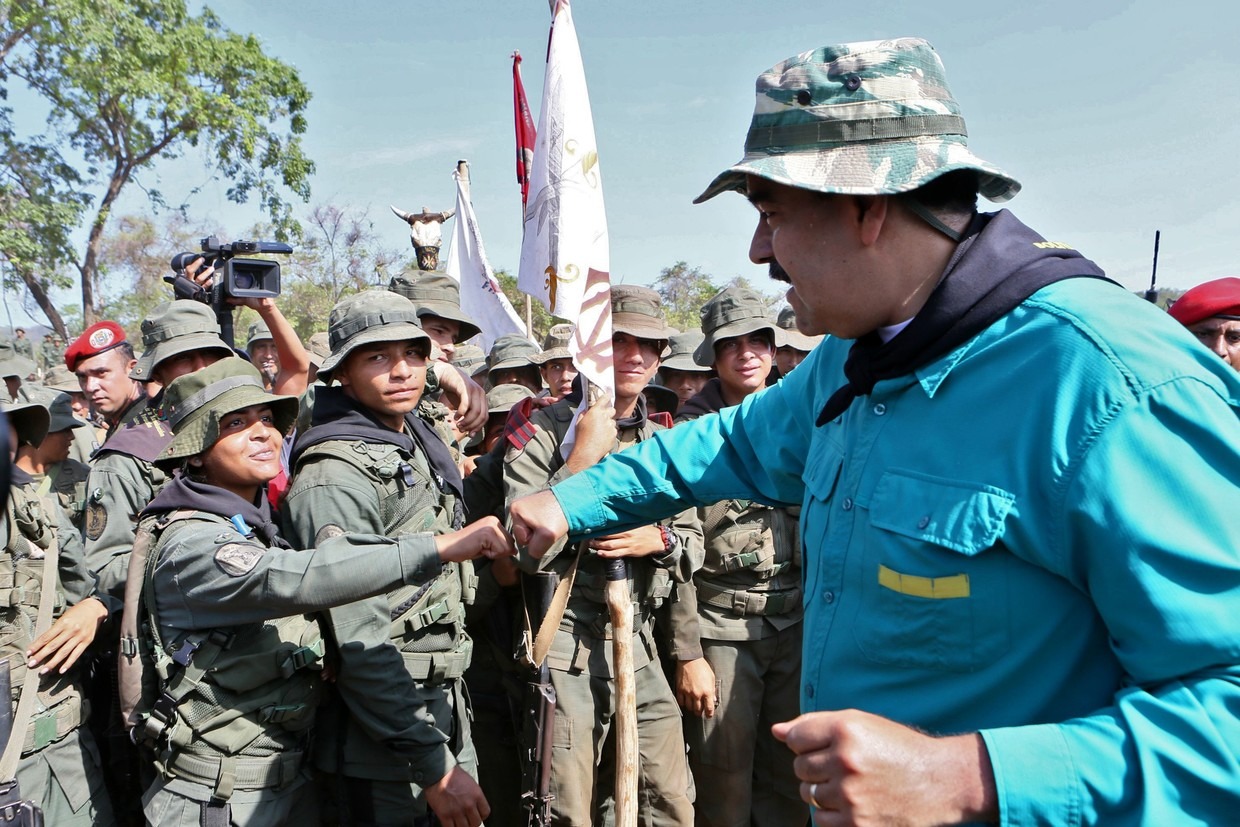 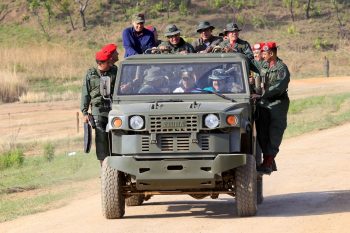 But for now, the US is “waging a non-traditional war” against Venezuela as they “want to rule the whole of [the Americas],” the president said.  Washington is trying to put into effect “a conspiracy with a lot of money, in order to destroy and divide our armed forces from the inside, with the help of a group of traitors,” he added, referring to the failed coup attempt on Tuesday. “They stole machineguns and rifles in order to aim them at their own military and people.”


There were clashes in the Venezuelan capital Caracas mid-week as self-proclaimed interim president Juan Guaido and his supporters attempted to take control of the country, with the help of some military members.

The coup attempt failed within hours as the armed forces overwhelmingly backed elected president Maduro and the public didn’t seem willing to support the opposition’s cause. 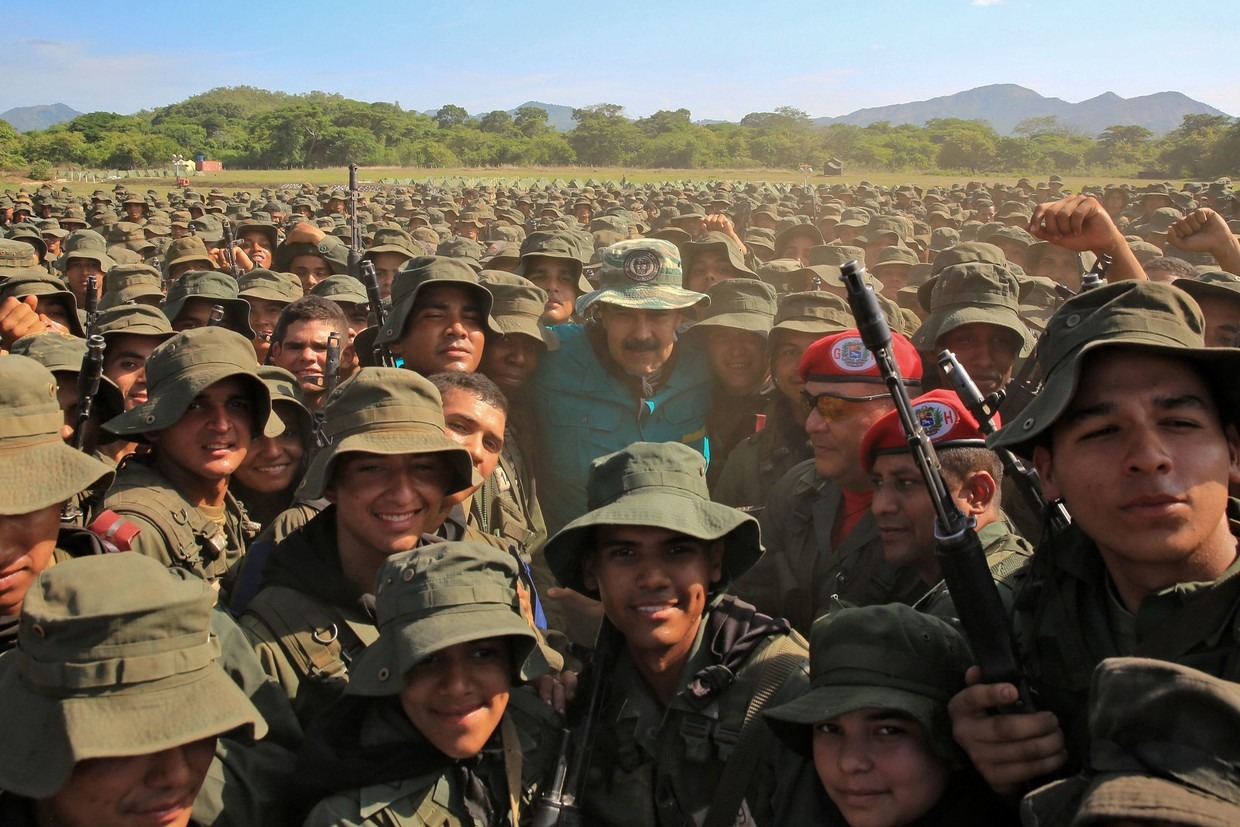 President Maduro in an ocean of young soldiers who understand what this fight is all about. (© Venezuelan presidency)

Since the outbreak of the crisis in January, Washington has outright backed Guaido’s claim to power. It introduced harsh economic sanctions and even threatened a so-called “humanitarian intervention” to remove the socialist government from power in oil-rich Venezuela.

Blatant Violation, by U.S. & Its Allies, Against the U.N. Charter