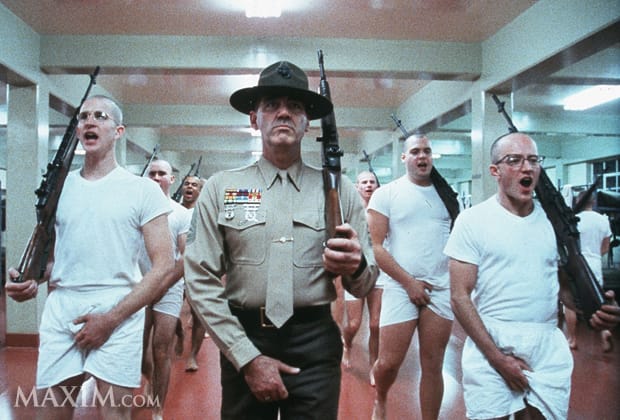 A must see film, from 1987, is Stanley Kubrick's Full Metal Jacket. This movie follows a group of young Marines from Parris Island boot camp right smack dab into ' The Shit ' that GIs called Vietnam. There are literally countless scenes that depict what our young men both felt and experienced during their tour of ( bullshit) duty. This was our corrupt and perverted empire when the veil of deception and propaganda was lifted... as Kubrick succeeded in revealing to us. One scene in the film captures the utter depravity of our empire and what it did to young men transported to that once tranquil place, made sorry by our presence there. This was the scene inside the helicopter that was carrying Private ' Joker' and his companion deeper into ' The Shit'. The door gunner was in the midst of  'executing' civilians with his machine gun as the chopper flew on:

Private Joker : Why should we do a story about you?

Private Joker : Any women or children?

Private Joker : How can you shoot women or children?

This writer has told the story many times of guys from my Brooklyn neighborhood who never came home alive. There was Vito, the Polish born son of my friend's building superintendent. He joined up and became a Ranger, replete with the beret and high boots. I can still see him standing there in the back of our church, right next to me, at mass one Sunday. He didn't remember me, so all I could view was Vito's  lean figure holding that beret as we all prayed together. He looked straight ahead during the whole Mass. The key word here would be gallant as he genuflected and exited church. I never saw him again alive, nor did his family, as Vito was killed on some ' made famous ' hill in Vietnam. His kid brother, two years younger than me, really took Vito's death hard. A few years later I would see the kid , now 18, in a hidden corner of the schoolyard on many afternoons... sniffing glue. I then heard that he had dropped out of high school. Soon after that I got the word that he was now ' shooting up horse' ( heroin) and not in the schoolyard. A year of so later I got the news that the kid had OD'd and was dead! 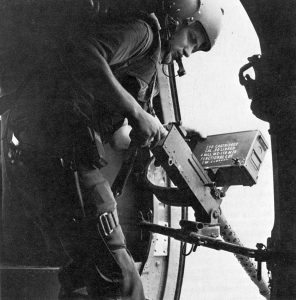 Another guy from my neighborhood was Tommy L. , the son of our church's school crossing guard. You could not forget her, for Mrs. L. would always have this tremendous smile across her face. She would greet everyone who crossed Ocean Ave from Sunday mass with her almost contagious joy. In 1968 her son Tommy joined the Marines along with his buddy Pete Haros , of the Haros Coffee Shop family. Pete came home a year later, but Tommy's tour was cut short due to his death in some anonymous rice paddy. The extra tragedy was seeing this wonderful woman , at her post each Sunday, with what I always remembered as this ' Mona Lisa smile'. It was how I always interpreted Mona Lisa from the famous painting. She had that look, that smirk holding back her smile, as if saying ' Oh if YOU only knew what I am going through'!

The rear gunner from Full Metal Jacket actually captured what Vito and Tommy's families would say , in that ' Aint war hell?' One surmises that this is what the families of all our young men in uniform would say  when their loved ones were either maimed or killed in Iraq and Afghanistan. What should they say to men like Elliot Abrams and John Bolton? The Vietnam War was sure as shit NOT HELL to those two. You see, both men were born in 1948, so they could have ( or should have, if true believers? ) served in ' The Shit'. Abrams graduated Harvard and practiced law, and never signed up to fight the Commies in Asia. He just became a Neo Con ' couch warrior' and worked in the Reagan and Bush SR. administrations to support every illegal and immoral phony war along with Latin American covert actions. Bolton graduated Yale and before his draft number was pulled, he took the best ' Get out of Vietnam card' which was to join the Maryland National Guard. Why was that the best way to avoid going to ' The Shit'? Well, you can ask both Poppy Bush and his son 'W' about that. They knew that getting into the Guard was a sure ticked way to NOT being sent overseas. At that time , unlike nowadays, the Guard and Reserves would be the LAST to be sent overseas to fight ( and die?). They were safe. So, what do most chickenhawks become: War criminals or those who serve such men  and women (just look at Condi Rice of the infamous ' Smoking gun could be a mushroom cloud' fame).

Since evil has a tendency to recycle itself, Abrams and Bolton are center stage and ready to initiate ' regime change ' in Venezuela and Iran. Imagine all those die hard Trump supporters, the ones who still have their doubts about the Iraq war ( as Trump keeps saying he does), and how they now are looking down the rabbit hole of more foreign interventions... the ones that candidate Trump railed against. As the Catholics would say, it is a mortal sin for any government to have these two predators on their payroll, let alone as key advisors! No, regardless of who sits in that ' Situation room' and is called Commander in Chief, they ALL are pawns of the empire: Clinton ( Yugoslavia), Bush Jr. ( Iraq & Afghanistan) , Obama ( Libya & Syria) and now Trump. Ain't war hell?