Media brand VICE News, catering to the “under-30” demographic, happy to serve the empire

Aaron Maté alerts us to this sneaky piece of anti-Chavista propaganda:

Watch this weird & I think irresponsible @vicenews coverage of the Venezuelan embassy standoff. Vice suggests "creepy" @CodePink "pros" have endangered pro-coup supporters by releasing their info online -- but show no evidence for that or attempt to verify if it's actually true: pic.twitter.com/06wGxIy6o2

Do note how the dispatch is a masterpiece of faux "balanced reporting", essentially giving the coup supporters equal standing to the legitimate government side, while using subtle (but effective) innuendo to besmirch the image of CodePink. This is what "coporate journalism", itself an oxymoron excel at.  Fact is, VICE MEDIA is just a brand, another capitalist commodity, to be seen and played to maximise profits, while defeating via rank and expert disinformation anyone who might want to change that nifty system. See the company profile in our special appendix below. —Editor

And this, a longer version:

Late last month, the Venezuelan embassy was taken over by the American anti-war group CODEPINK and a collective of like-minded activists. Their goal? To stop the diplomatic staff of opposition leader Juan Guaidó and his appointed diplomatic staff from taking up posts in the building while embattled socialist president President Nicholas Maduro is still in office. The activist group occupying the building opposes American support for Guaidó on the grounds that it's imperialistic and could lead to armed intervention. But Guaidó's supporters are having none of it, and they're now engaged in a prolonged siege to starve them out — and give their fledgling shadow government the D.C. presence it so badly wants. Venezuelans from all over the D.C. region have been camped out on the embassy grounds, quaintly placed on a quiet street in Georgetown. But over the past week, vuvuzela noisemakers, loud music and strobe lights have all been common place on this block, as the Venezuelans try to pressure and annoy those inside to vacate. Both groups say they won’t quit until the other side leaves. Last night, the power was shut off inside. But CODEPINK and the activist collective remain steadfast. For now. The resulting situation is a tangential bizarre outpost of the Venezuelan political crisis: the Americans in the Embassy, who are technically on Venezuelan soil, are now surrounded by Venezuelan opposition supporters on American soil.

Check out this piece on the South China Morning Post describing the meteoric rise of VICE MEDIA. But that was 18 months ago. The good news (for us) is that Disney, one of the ugly hydras in the US media oligopoly, has now taken a beating with its investment in this company. And things may yet get worse. See below.

FIRST, THE UPBEAT STORY: On the South China Morning Post

How Vice Media went from start-up to US$5.7 billion global behemoth – it’s not all been smooth sailing

Hong Kong-born Tom Punch, the company’s chief creative officer, ponders how Vice can remain a ‘challenger brand’ having gone from a staff of 80 when he joined in 2012 to 3,000 globally now, as it looks to expand its Asia presence 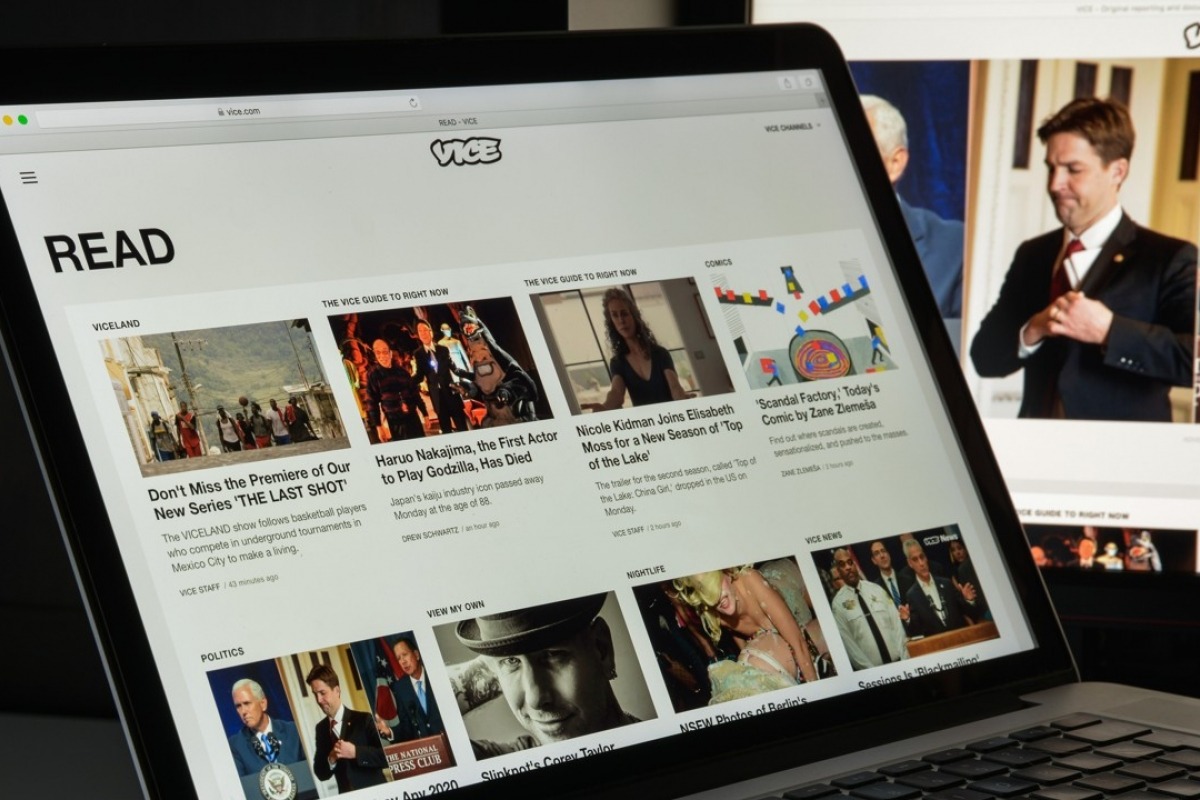 The clearly admiring caption reads: "Vice Media is estimated to be worth US$5.7 billion. Not bad for a company that started in 1994 as a magazine." Yea, let's rah rah capitalist "journalism".


Vice Media is estimated to be worth US$5.7 billion. Not bad for a company that started in 1994 as a magazine.

The company that redefined current affairs for the millennial generation, Vice Media, is one of the most successful – and controversial – media brands to emerge in the past 25 years.

Founded in Montreal, Canada, in 1994, and known for producing youth-oriented content with a provocative edge, Vice has grown from local counterculture magazine to US$5.7 billion multi-platform global media enterprise in less time than much of its current audience have been alive.

Based in New York – in the hipster stronghold of Williamsburg in Brooklyn – since 2001, Vice’s growth over the past six years has been nothing short of stratospheric, a rise that has coincided with the tenure of Hong Kong-born Tom Punch, the company’s chief commercial and creative officer who is responsible for “bridging the worlds of content and commerce and revenue”.
READ MORE

THEN, THE DOWNBEAT STORY: On the Drum.com

US-China: the hardcore is yet to come