Bernard Lewis: The False Prophet of the Big Lie

The death of Professor Bernard Lewis, former Professor of History at Princeton on May 19 at the amazing age of almost 102 was reported throughout the US media with reverence and appreciation. According to the New York Times, which set the tone, “Few outsiders and no academics had more influence with the (George W) Bush administration on Middle East affairs. The president carried a marked up copy of one of his articles in his briefing papers and met with him before and after the invasion of Iraq in 2003.”

(The imagination fails at the thought of George W. Bush ever actually reading a book)

Not only was none of this ludicrously excessive outpouring of praise and acclaim justified, but no countervailing voices were allowed in the ranks of the Orwellian MSM, or MainStream Media in the United States. 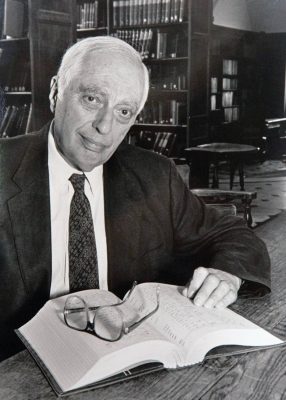 Lewis: Academic courtier servicing the empire, much like the founder of the Neocon malignancy, Leo Strauss.

Until he was past his mid-fifties and close to the age when most academics retire or have run out of steam, Lewis was a marginalized and even widely despised figure in British academia. His only serious academic work on the Middle East had been on the Tanzimat Reform program in Ottoman Turkey in the first half of the 19th century. A strong supporter of Israel, he does not appear to have set foot in any major Arab nation during at least the 30 years from 1950 to 1980. Nor did he seriously study or respect the work of those who did. His knowledge of the detailed political and economic developments in emergent Arab nations was nonexistent. He based his assessments of the region on travels there during the 1930s, well before World War II. When I studied Modern Middle East history at the London School of Economics in the mid-1970s, serious scholars of the region regarded him as a clown.

But after emigrating to the United States in 1974, Lewis found his real calling as a justifier and public ideologist for the forces of aggression and empire, much as Leo Strauss, the patron and founding father of the neoconservatives had done at the University of Chicago decades earlier.

In both cases, each man was able to escape the contempt that superficial and intolerant work had provoked in their original academic environments and they both played to the same eager-to-listen and willingly credulous audience.

The emerging Reagan Republicans, Evangelical Christians and so-called “muscular” anti-communists – in reality usually anti-Russian racists – of the Democratic Party all eagerly danced to Lewis’ intolerant tune. In such circles, his ludicrous distortions and falsehoods went unchallenged. He claimed the success of the Crusaders at the end of the 11th century proved how weak and ineffectual Islam had become. Yet the Crusader enclave in Palestine survived for less than a hundred years before the great Sultan Saladin effectively annihilated it. Israeli Prime Minister Golda Meir in the early 1970s loved his assertion that there was no such thing as Palestinian nationalism. He loved the Turkish past but he hated and despised the Arab present. 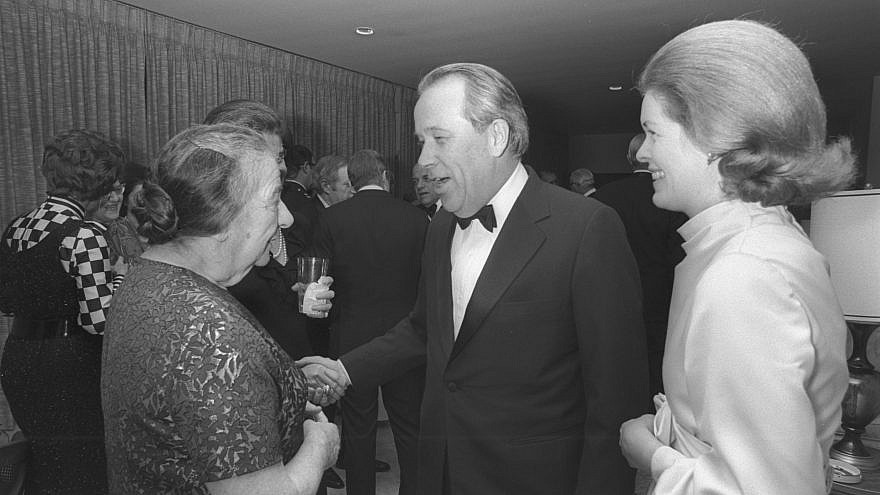 Scoop Jackson—the Senator from Boeing, and one of the most virulent warmongers of the 20th century—paying his respects to Israel in the person of Golda Meier.  He, too, helped Lewis in his climb to power circles.

Lewis’s rise to eminence in Washington started under in the 1970s through the patronage of Senator Henry “Scoop” Jackson, who was also the patron of the first generation of neoconservatives. A quarter century later, by the time of President George W. Bush it was complete

Lewis, though he later tried to claim otherwise, was a central and extremely important figure in the relentless efforts after the 9/11 terrorist attacks to use them as a justification for the US invasion, conquest and occupation of Iraq.

“Either we bring them freedom, or they destroy us,” he memorably wrote about Arab societies.

The truth was precisely the opposite. Islamic extremism was only marginal throughout the Sunni Arab world before the Bush administration, urged on by Lewis and his fellow neocons, undertook their colossal project of pulverizing one stable society after another in the name of Lewis’s mythical “freedom.”

His incompetence and record of fraudulent claims and false prophecy were legion. In 2002, he claimed Iraqis would “rejoice” when the US armed forces invaded their country. The Iraqi popular insurrection that exhausted the US Army and took thousands of US lives took him completely by surprise.

But facts and common sense were irrelevant and only minor distractions for Lewis and his coterie of True Believers. He made sweeping generalizations which were recognized as absurd by everyone with any first-hand knowledge of the Arab societies of the Maghreb, the Fertile Crescent and the Arabian Peninsula.

He welcomed the Arab Spring explosion of protests across the Middle East in December 2010 and into the following year as another great opportunity to replace autocratic regimes throughout the region with US-backed democratic regimes.

Instead, the opposite happened. Wherever the Lewis Solution of US military occupation was applied it backfired and produced precisely the opposite results from those he had promised. The rise of Islamic extremism in Iraq and Syria was the direct result of the pulverization both countries by US military power and by the groups Washington armed and financed.

Lewis’s real heritage is clear: It lies in the millions of refugees, the smashed societies, the more than a million dead in Iraq since 2003, the more than 600,000 killed in the wars in Syria and in the continuing specter throughout the region of wars without end.

It would be fitting to imagine him now exposed amid the fires of Hell to the death screams of the myriad victims of the policies he so recklessly, ignorantly and shamelessly advocated for so long.

Alas, I have my doubts. Martin SIEFF During his 24 years as a senior foreign correspondent for The Washington Times and United Press International, Martin Sieff reported from more than 70 nations and covered 12 wars. He has specialized in US and global economic issues.

Gabbard Says She’d Drop All Charges Against Assange And Snowden