Chelsea Manning jailed again after refusing to testify against WikiLeaks

“I would rather starve to death than change my opinion”

[dropcap]W[/dropcap]histleblower Chelsea Manning was jailed by a federal judge in Alexandria, Virginia for contempt of court for the second time since March, after she again refused to testify before a grand jury impaneled to bring frame-up charges against WikiLeaks founder Julian Assange. 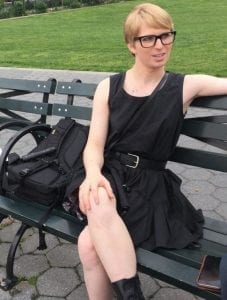 Chelsea Manning: an exemplar of morality over criminal government orders. Hell to pay, now. While the public remains largely asleep.

Federal Judge Anthony Trenga rejected two motions submitted by Manning’s lawyers to quash the subpoena and disclose any evidence of unlawful electronic surveillance by the government.

An appointee of President George W. Bush who ruled in favor of Trump’s xenophobic anti-Muslim travel ban, Trenga instead ordered Manning to be jailed immediately after a two-hour hearing. On top of imprisonment, he vindictively imposed fines of $500 per day if she does not testify after a month of confinement and $1,000 a day after two months.

According to her attorneys, the piling on of a coercive financial penalty is highly unusual, typically reserved for compelling testimony from representatives of corporations, not individuals.

Manning has courageously insisted on principle that she will never testify before any grand jury about her possible contacts with Assange and WikiLeaks or anything else. “I would rather starve to death than to change my opinion in this regard,” Manning told Judge Trenga during the public portion of Thursday’s hearing. She added, “And when I say that, I mean that quite literally.”

Asked during a press conference before the hearing how long she was prepared keep refusing to answer questions before a grand jury, Manning replied resolutely, “Forever, indefinitely.”

Assange currently faces extradition to the United States from the UK on a hacking charge for allegedly seeking to assist Manning to crack a password so she could remain anonymous on a military computer network. Based on the evidence and interviews that have been made public, Manning on Thursday criticized the case against Assange as “bananas.”

The journalist is currently being held in the maximum security Belmarsh Prison, known as Britain’s Guantanamo, after being sentenced to 50 weeks in prison on a bail-jumping charge related to long-discredited rape allegations in Sweden. Assange was illegally snatched from the Ecuadorian embassy in London on April 11 when his asylum status was revoked after seven years by the government of Lenin Moreno. He also now faces possible extradition to Sweden, after the “preliminary investigation” into the rape allegations was reopened on Monday.

The persecution of Assange and Manning comes amid a frenzied war fever, as the Trump administration simultaneously threatens Iran and Venezuela and escalates its trade war with China. Hand in hand with an intensifying campaign to censor the internet, the effort to silence Assange and Manning is aimed at crushing dissent and preventing the development of a mass anti-war movement.

Manning spent 62 days in the Alexandria City Jail before being released last week after the term of that grand jury expired. Even before she was released, however, she was served with a subpoena to appear before a new grand jury on Thursday. Manning was given just one week of freedom to spend with her friends and family before being cruelly thrown back into federal detention.

The former Army Specialist is being persecuted by the Trump administration for the role she played in exposing US war crimes in Iraq and Afghanistan by leaking secret and sensitive documents to WikiLeaks in 2010. She has already served seven years of a 35-year sentence in a military prison, including a year in solitary confinement.

Her sentence was commuted by President Barack Obama in 2017 on the very last day of his second term in office, in an effort to paper over his administration’s record of pursuing whistleblowers. However, Obama refused to grant a full pardon, which would have cleared Manning’s criminal record.

Prior to Thursday’s hearing, Manning told the press: “I think that this is ultimately an attempt to place me back in confinement. I think that the questions are the same questions I was asked before the court martial seven eight years ago. There is nothing new. They’re not asking anything new. There’s no new information they are trying to get from me.

“Ultimately the goal here is to re-litigate the court martial, from my perspective. They didn’t like the outcome. I got out. So, this is a way to place me back into confinement.”

Manning’s attorney, Moira Meltzer-Cohen, addressed the media after Manning was returned to jail, expressing her disappointment and reiterating that her client would not betray her convictions by testifying.

“In 2010, Chelsea made a principled decision to let the world see the true nature of modern asymmetric warfare,” Meltzer-Cohen said. “It is telling that the United States has always been more concerned with the disclosure of those documents than with the damning substance of the disclosures.

“The American government relies on the informed consent of the governed, and the free press is the vigorous mechanism to keep us informed. It is a point of pride for this administration to be publicly hostile to the press. Grand juries and prosecutions like this one broadcast an expanding threat to the press and function to undermine the integrity of the system according to the government’s own laws.

“This administration is also obsessed with undercutting the legacy of President Barack Obama, from reversing health care policy to Chelsea Manning’s commutation.

The response of the establishment media and the Democratic Party to Manning’s re-incarceration has been to maintain their silence. Neither the New York Time s nor the Washington Post carried reports of her latest detention on their front pages in the hours after the news broke.

When contacted by the World Socialist Web Site for a comment on the arrest of Manning, Senator Bernie Sanders’ Washington DC press office continued the 2020 presidential candidate’s complicit silence. “The senator has not made any statements on Julian Assange or Chelsea Manning,” a staffer confirmed.

The same is the case for Representatives Alexandria Ocasio-Cortez and Rashida Tlaib, both members of the Democratic Socialists of America, neither of whom, as of this writing, had made a statement on their social media accounts about Manning’s latest incarceration. There was no response to a request from the WSWS for a statement from Tlaib’s office, and Ocasio-Cortez’s office was unreachable by phone.

While they have been abandoned by the Democrats and the mainstream press, Manning and Assange have the support of millions of workers and young people around the world. This support must be developed into a conscious political movement. Demonstrations, meetings and teach-ins should be organized in every city to demand their freedom and an end to their persecution by the US government.

ABOUT THE AUTHOR
Niles Niemuth writes for wsws.org, a Marxian publication.

The assault on the Venezuelan embassy