Home AMERICAN BRAINWASH Grover Furr on Soviet History, Stalin: A Proles of the Round Table podcast

Proles of the Round Table 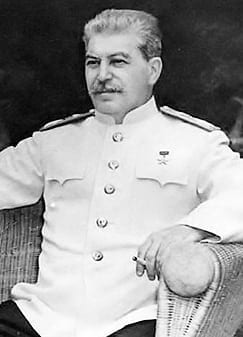 In this episode, we sat down with the man, the myth, the legend: Grover Furr himself. We chatted about his newest book, Stalin: Waiting for...the Truth, which is a clap-back at Stephen Kotkin's dishonest biography "Stalin: Waiting for Hitler". We also talked about Anti-communism in general, as well as the importance of Stalin's legacy and why he isn't, as many people accuse him of, a "Stalin apologist." It's spicy as hell, so buckle up.

If you haven't already, go to www.prolespod.com or you can help the show improve over at www.patreon.com/prolespod and in return can get access to our spicy discord, exclusive episodes, guest appearances, etc.! All kinds of great stuff.

If you have any questions or comments, DM us on either of those platforms or email us at prolespod@gmail.com All episodes prior to episode 4 can be found on YouTube, so go check that out as well!

Transcript of the Tukhachevsky Trial in Russian

Which you can get from Red Star Publishers, Erythos Press,  or Amazon

The Moscow Trials as Evidence by Grover Furr

Trotsky's Collaboration with Germany and Japan by Grover Furr

The Fraud of the Dewey Commission by Grover Furr

The Mystery of the Katyn Massacre by Grover Furr