The Police Were Created to Control Working Class and Poor People, Not ‘Serve and Protect’ 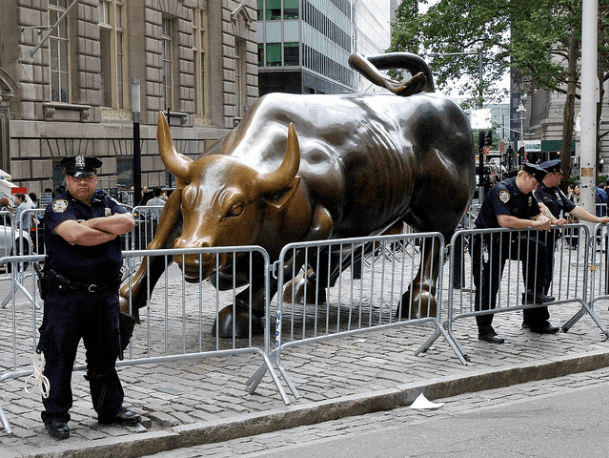 We shouldn’t expect the police to be something they’re not. (David Shankbone / Flickr)

[dropcap]I[/dropcap]n most of the liberal discussions of the recent police killings of unarmed black men, there is an underlying assumption that the police are supposed to protect and serve the population. That is, after all, what they were created to do.

If only the normal, decent relations between the police and the community could be re-established, this problem could be resolved. Poor people in general are more likely to be the victims of crime than anyone else, this reasoning goes, and in that way, they are in more need than anyone else of police protection. Maybe there are a few bad apples, but if only the police weren’t so racist, or didn’t carry out policies like stop-and-frisk, or weren’t so afraid of black people, or shot fewer unarmed men, they could function as a useful service that we all need.

This liberal way of viewing the problem rests on a misunderstanding of the origins of the police and what they were created to do.

This is a blunt way of stating a nuanced truth, but sometimes nuance just serves to obfuscate.

Before the 19th century, there were no police forces that we would recognize as such anywhere in the world. In the Northern United States, there was a system of elected constables and sheriffs, much more responsible to the population in a very direct way than the police are today. In the South, the closest thing to a police force was the slave patrols.

Baretta, Kojack, Streets of San Francisco, The FBI, Law & Order...even Columbo.  The capitalist media, and especially Hollywood (and tv) have long made heroes of the police and the military. There have been literally scores of cop shows on mainstream (and now cable) television, almost all presenting the police as social saviours..."

Then, as Northern cities grew and filled with mostly immigrant wage workers who were physically and socially separated from the ruling class, the wealthy elite who ran the various municipal governments hired hundreds and then thousands of armed men to impose order on the new working class neighborhoods.

Class conflict roiled late-19th century American cities like Chicago, which experienced major strikes and riots in 1867, 1877, 1886, and 1894. In each of these upheavals, the police attacked strikers with extreme violence, even if in 1877 and 1894 the U.S. Army played a bigger role in ultimately repressing the working class. In the aftermath of these movements, the police increasingly presented themselves as a thin blue line protecting civilization (by which they meant bourgeois civilization) from the disorder of the working class. This ideology of order that developed in the late 19th century echoes down to today—except that today, poor black and Latino people are the main threat, rather than immigrant workers.

Of course, the ruling class did not get everything it wanted, and had to yield on many points to the immigrant workers it sought to control. This is why, for instance, municipal governments backed away from trying to stop Sunday drinking, and why they hired so many immigrant police officers, especially the Irish. But despite these concessions, businessmen organized themselves to make sure the police were increasingly isolated from democratic control, and established their own hierarchies, systems of governance, and rules of behavior.

The police increasingly set themselves off from the population by donning uniforms; establishing their own rules for hiring, promotion and firing; working to build a unique esprit des corps and identifying themselves with order. And despite complaints about corruption and inefficiency, they gained more and more support from the ruling class, to the extent that in Chicago, for instance, businessmen donated money to buy the police rifles, artillery, Gatling guns, buildings, and money to establish a police pension out of their own pockets.

There was a never a time when the big city police neutrally enforced “the law,” or came anywhere close to that ideal. (For that matter, the law itself has never been neutral.) In the North, they mostly arrested people for the vaguely defined “crimes” of disorderly conduct and vagrancy throughout the nineteenth century. This meant that the police could arrest anyone they saw as a threat to “order.” In the post-bellum South, they enforced white supremacy and largely arrested black people on trumped-up charges in order to feed them into convict labor systems.

For instance, in the short, sharp depression of the mid-1880s, Chicago was filled with prostitutes who worked the streets. Many policemen recognized that these prostitutes were generally impoverished women seeking a way to survive, and initially tolerated their behavior. But the police hierarchy insisted that the patrolmen do their duty whatever their feelings, and arrest these women, impose fines, and drive them off the streets and into brothels, where they could be ignored by some members of the elite and controlled by others.

Similarly, in 1885, when Chicago began to experience a wave of strikes, some policemen sympathized with strikers. But once the police hierarchy and the mayor decided to break the strikes, policemen who refused to comply were fired. In these and a thousand similar ways, the police were molded into a force that would impose order on working class and poor people, whatever the individual feelings of the officers involved.

Though some patrolmen tried to be kind and others were openly brutal, police violence in the 1880s was not a case of a few bad apples—and neither is it today.

Much has changed since the creation of the police—most importantly the influx of black people into the Northern cities, the mid-twentieth century black movement, and the creation of the current system of mass incarceration in part as a response to that movement. But these changes did not lead to a fundamental shift in policing. They led to new policies designed to preserve fundamental continuities. The police were created to use violence to reconcile electoral democracy with industrial capitalism. Today, they are just one part of the “criminal justice” system which continues to play the same role. Their basic job is to enforce order among those with the most reason to resent the system—who in our society today are disproportionately poor black people.

A democratic police system is imaginable—one in which police are elected by and accountable to the people they patrol. But that is not what we have. And it’s not what the current system of policing was created to be.

If there is one positive lesson from the history of policing’s origins, it is that when workers organized, refused to submit or cooperate and caused problems for the city governments, they could back the police off from the most galling of their activities.

Murdering individual police officers, as happened in in Chicago on May 3, 1886 and more recently in New York on December 20, 2014, only reinforced those calling for harsh repression—a reaction we are beginning to see already. But resistance on a mass scale could force the police to hesitate. This happened in Chicago during the early 1880s, when the police pulled back from breaking strikes, hired immigrant officers, and tried to re-establish some credibility among the working class after their role in brutally crushing the 1877 upheaval.

The police might be backed off again if the reaction against the killings of Eric Garner, Michael Brown, Tamir Rice and countless others continues. If they are, it will be a victory for those mobilizing today, and will save lives—though as long as this system that requires police violence to control a big share of its population survives, any change in police policy will be aimed at keeping the poor in line more effectively.

We shouldn’t expect the police to be something they’re not. We ought to know that origins matter, and the police were created by the ruling class to control working class and poor people, not help them. They’ve continued to play that role ever since.

This post first appeared at the Labor and Working Class History Assocation blog.

This clip on Wikipedia is pertnent to the above  discussion. It may not be the best (it's Wikipedia, after all), but it at least addresses the subject in a logical, scientific way.

From Wikipedia, the free encyclopedia

Class traitor is a term used mostly in socialist discourse to refer to a member of the proletariat class who works directly or indirectly against their class interest, or what is against their economic benefit as opposed to that of the bourgeoisie. It applies particularly to soldiers, police officers, workers who refuse to respect picket lines during a strike and anyone paid a wage who actively facilitates the status quo. According to Barbara Ehrenreich: "Class treason is an option at all socioeconomic levels: from the blue-collar man who becomes a security guard employed to harass striking workers, to the heirs of capitalist fortunes who become donors to left-wing causes".[1]

In Russia before and during the Russian Revolution, the Bolsheviks and other socialist revolutionary organizations used it to describe the Czarist Army and any working class citizen who directly opposed their notion of the "dictatorship of the proletariat". The term was later extended to include the Menshevik Russians and other supposedly counter-revolutionary socialist organizations under Joseph Stalin.

The motives behind becoming a traitor to one's class can include the necessity of survival (taking up whatever wage is available), the belief that the person is of a higher class and so has political views that work against the working class, the pressure of conformity, or a rejection of the view that society is divided up into antagonistic classes.

While the idea of the class traitor is one typically applied to the proletariat, it can also be used to describe members of the upper-class who believe in and espouse socialist ideals. For example, Peter Kropotkin, an anarcho-communist who wrote The Conquest of Bread, was born into a wealthy noble family.[2] Such people sacrifice their ability to be part of the capitalist upper-class for the sake of who they see as the oppressed, even if it hurts their status in the process. 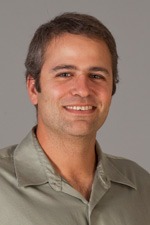