After World War Two, the US and other governments which participated in victorious alliance versus the Third Reich and the Empire of Japan tried and punished -- up to and including execution -- German and Japanese soldiers accused of war crimes and the political leaders who ordered, encouraged, or excused those crimes. If the US doesn't hold itself to at least as high a standard, eventually someone else will. 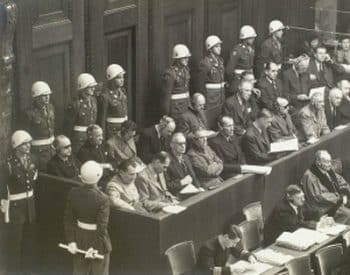 Nazi hierarchs in the dock at Nuremberg. Hundreds of US politicians, and media shills. including several presidents, and probably hundreds of top corporation chiefs, could easily qualify these days for crimes against humanity. It is only overwhelming military might and an enormous disinformation machine that keeps these men from having to answer for their numerous capital  offenses.

On May 16, 2008, near the town of Baiji in Iraq, 1st Lieutenant Michael Behenna, US Army, murdered a prisoner. That was the verdict of the jury in his 2009 court martial, anyway. He was sentenced to 25 years in prison, but paroled in less than five. On May 6, 2019, US president Donald Trump pardoned Behenna.

As I write this, news reports indicate that Trump intends to celebrate Memorial Day by pardoning several other Americans convicted of (or accused of and not yet tried for) war crimes in Iraq and Afghanistan. That's a horrible idea for several reasons.

One reason is that it's morally repugnant to excuse the commission of crimes, especially violent crimes, for no other reason than that the criminal is a government employee.

A second reason is that it is detrimental to the good order and and discipline of the US armed forces to excuse violations of law by American soldiers, sailors, airmen, and Marines. 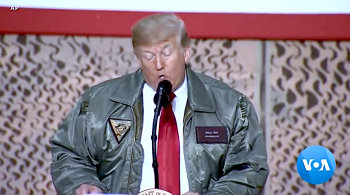 By pardoning war criminals for short-term gains, Trump certifies that he is very much a creature of the capitalist system, and that his values mirror the values of many of his core followers in the most retrograde section of the US population. Exceptionalism is after all a form of Nazi uber nationalism.

That phrasing is not random: "[D]isorders and neglects to the prejudice of good order and discipline in the armed forces" are themselves crimes under Article 134 of the Uniform Code of Military Justice. Yes, Trump has absolute power to pardon under the US Constitution, but this would be an abuse of that power that conflicts with his duties as commander in chief.

A third reason is that pardons of this type essentially beg other governments to take matters into their own hands where allegations of war crimes by US military personnel arise.

Among the US government's excuses for refusing to join the International Criminal Court, and for forcing agreements by other governments to exempt American troops from prosecution under their own laws, is that the United States cleans up after itself and holds its troops to at least as high a standard as would those other governments. These pardons would give lie to that claim and expose US troops to greater risk of future arrest and prosecution abroad.

Don't just take my word for these claims. Here's General Charles Krulak, former Commandant of the US Marine Corps:

"If President Trump issues indiscriminate pardons of individuals accused -- or convicted by their fellow servicemembers -- of war crimes, he relinquishes the United States' moral high ground and undermines the good order and discipline critical to winning on the battlefield."

And here's General Martin Dempsey, former Chairman of the Joint Chiefs of Staff:

"Absent evidence of innocence or injustice the wholesale pardon of US servicemembers accused of war crimes signals our troops and allies that we don't take the Law of Armed Conflict seriously. Bad message. Bad precedent. Abdication of moral responsibility. Risk to us."

After World War Two, the US and other governments which participated in victorious alliance versus the Third Reich and the Empire of Japan tried and punished -- up to and including execution -- German and Japanese soldiers accused of war crimes and the political leaders who ordered, encouraged, or excused those crimes.

If the US doesn't hold itself to at least as high a standard, eventually someone else will.