Home Uncategorized War On Iran — What Can Be Done

War On Iran — What Can Be Done

"We have surrendered mass action for mass communication..." 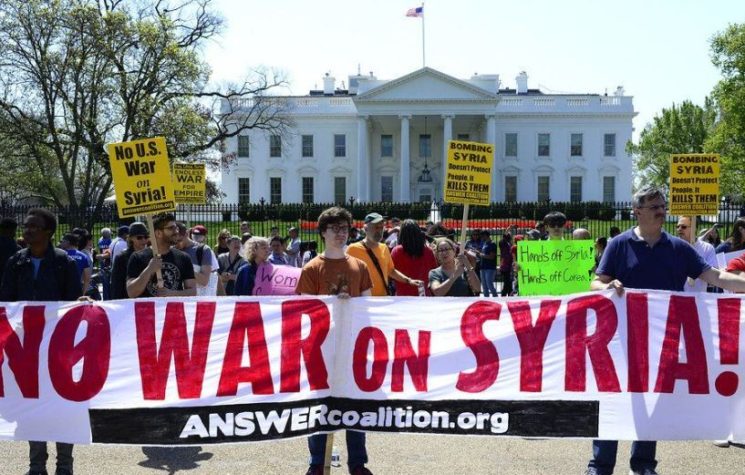 [dropcap]A[/dropcap] few days ago I wrote a poem about the Red Army victory over the international forces of fascism in 1945, the poem called simply, The 9th of May, about the celebration date of the victory. The first stanza reads,

Hurrahs rang out as tears were wept,

For the lost, returned, for memories kept,

Of the days we feared would never pass,

Unless we burned the monster’s lair.”

But the monster has taken on a new form, and the monster of war that is the United States, NATO and their allies, with its many Hydra heads, all aspects of western capital, is flexing its dark wings again, ready to spit flame and devastation on another people who hoped to avoid the gaze and the greed of the monster but are cursed because they possess what the monster wants and because they stand in its way.

Iran faces the threat of attack by the Americans that will be devastating no matter the outcome. The world faces the risk of world war. Yet, despite the examples of Yugoslavia, 911, Afghanistan, Iraq, Libya, and Syria, which demonstrate the complete ruthlessness of the American leadership, its psychopathic disdain for human life and civilization, people are falling into the trap of believing the latest contradictory statements from that leadership acting out a charade in which differences of opinion about war and peace are expressed, as if they are actually a democracy, as if they actually had morals and a love of humankind; all the better to lull the people into a state of confusion and torpor as they make ready their nuclear weapons, run silent their submarines and prime their cruise missiles.

And what can be done about it? What is being done about it? There are protests and calls for peace and disarmament, for a social and political system in which imperialism cannot exist, for a just world order. The World Peace Council has issued a statement, it’s various national affiliated peace councils, such as the Canadian Peace Council, have issued statements condemning the US threats and actions; communist and workers parties world wide, the real left, have all issued statements, organized actions, opposing the US aggression, individual activists, writers, intellectuals, artists and musicians, some unions, have joined in the calls for peace from the governments of countries that the monster wants to destroy: Russia, China, Venezuela, North Korea, Cuba, Iran.

There are calls from these nations for a dialogue of civilizations instead of conflict between them but, while laudable, these calls are almost quaint when the problem is not conflict or misunderstanding between civilizations, for there is only one divided world civilization, but the criminal designs of the western powers against the rest of the world, driven by their insatiable desire to control all the resources, all the markets and all the profit.

The power of capital is what we are up against, of western capital in particular. The only force capable of resisting that power are all those who supply that capital with the profit they need to exist and continue; in other words us. But where are the mass street protests in the imperialist countries we saw take place when the US monster attacked other countries in the past as took place before they invaded Iraq? Where were they when they destroyed Libya in front of our eyes in 2011 and most said and did nothing or even supported it? Where are they as they continue to harass Syria, Venezuela, Russia, China, Cuba, North Korea with direct and economic warfare that is aimed at weakening and crippling those countries and which even are damaging the economies of the European countries?

I can’t answer that question without entering into the various explanations offered as to why the anti-war movement in the west has not ignited the mass of the people who will be made to pay for this war and suffer from it; fatigue and disillusionment from the mass demonstrations against the Iraq War that failed to stop the American invasion of 2003, the perceived futility of speaking out against anything in an overtly fascist political system, burn out of the core antiwar groups and individuals, plain fatigue.

"The power of capital is what we are up against, of western capital in particular. The only force capable of resisting that power are all those who supply that capital with the profit they need to exist and continue; in other words us. But where are the mass street protests in the imperialist countries we saw take place when the US monster attacked other countries in the past as took place before they invaded Iraq?.."

A general strike in the imperialist countries would get their attention, threaten their power, their existence, but unions are weaker, workers disunited, turned against each other, distracted by the ever-changing news images on their screens, or the illusion we have actually done something by posting a note on Facebook or Twitter. Even in France where the popular protests against Macron’s attempt to make conditions worse for working people continue, the calls for a general strike gain no general support. We have surrendered mass action for mass communication, deluded ourselves into thinking we can change things by just writing an entry, posting a tragic photo of the victims of war, or expressing outrage at the latest crime of the day, on social media, but it achieves nothing.

We are individuals living in a society that wants each of us to act like Narcissus, to look in the mirror and love ourselves and keep spending the pittance in wages they throw at us so we can give it back to them the very next day, to think only of ourselves, not the others, our brothers and sisters around the world. So what can any individual do to oppose a war in a far-off land when their immediate daily problems are more pressing and the world’s problems are overwhelming? Not much, but then I wonder what would happen if each one of you, of us, decided not to go to work tomorrow. Just phoned in sick, refused to go to work until they got the message that we won’t work for them, make them their profit, until they listen to us, obey us, abandon their hegemonic plans, and work for peace instead of war. [Actually, the aim should be to topple them from power, not making them implement some momentarily placating reforms...—Editor] Imagine, if you will, as John and Yoko suggested, and then act if you have the will. But there seems to be no will to act by the mass of people who have surrendered their sovereign power to the cutthroats and gangsters who compose our governments.

So each day we wonder if Iran will be attacked or not attacked. We wonder whether the US will use nuclear weapons in that attack, what will happen to the rest of us as a consequence. We wonder if not Iran, then will it be Venezuela, or another assault on Syria, or Russia or China all of which the US treats as so many inferiors, countries whose only future in the American plans is to be colonies of US capital. And that is all that most of us do, sit around and wonder.

But it seems to me that the unless the mass of working people in the west stand up to join the peace and antiwar organizations so that they become a real movement, a force to be reckoned with, and take action to force our governments to abandon their colonial designs, their plans for more wars, we are doomed to stand on the edge of world destruction into the distant future and risk our imminent destruction at any time. 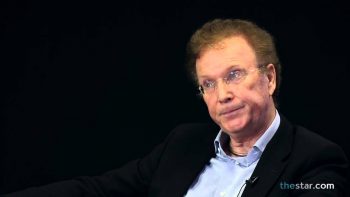 Christopher Black is an international criminal lawyer based in Toronto. He is known for a number of high-profile war crimes cases and recently published his novel “Beneath the Clouds. He writes essays on international law, politics and world events, especially for the online magazine “New Eastern Outlook.”
https://journal-neo.org/2019/05/25/war-on-iran-what-can-be-done/

Till Trump do they part: Top tech firms cut ties with Huawei following US trade blacklisting